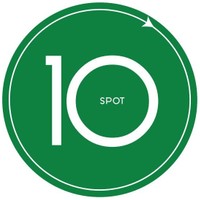 Indeed a discreet delivery, thanks again I will always ordered from you

I have visited this dispensary twice. My first time was great, and my second one bad enough that I won’t be returning. Main reason for the bad review: My party and I stopped here at the beginning of a road trip. We bought $300 worth of stock including a CBD pen which we were told we could return within 7 days if we had a problem with it. After 4 days we return in order to exchange a defective CBD pen as well as pick up more flower, and they won’t grant an exchange basically accusing us of tampering, as if CBD pens were something you’d wanna tamper, and as if defective disposable pens were something of rare ocurrance. The part that really disappoints us is to be treated like we are being dishonest about a freaking CBD pen. If we were going to be ringing $300+ why couldn’t they make a smart move and just give us a new $5 pen as a way to keep a customer happy. The fact that they chose to see us leave behind our cart over this stupid exchange is just petty.

A Beginner’s Guide to Cooking with Cannabis

10 Indicators It May Be Time for a Break from Cannabis