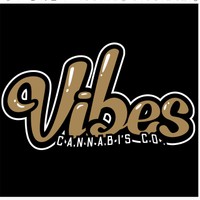 Simply the best bud in Bangor! Their cannabis is very potent and one of the cheapest places you can buy mj in town. This is my go to place. Also, the claw machine is pretty cool.

To whom it may concern, Recently I was up in maine and met a guy by the name of Dan Watson outside of his cannabis dispensary vibes in bangor. He offered me a good deal but explained I had to take a lot of flower. He called me and texted me knowing I was home in New Jersey where I reside begging me to head back up with cash. A week later I finally made the trip back up. Get all the way to bangor and park outback at vibes cannabis co. Where I’m met by Jennifer Parker. They take me into the middle room and show me 20 pounds of cannabis in three different strains. Dan wasn’t there but continued calling me informing me he was waiting across the street at Starbucks. Jennifer Parker assured me she was handling it all. I gave her the cash which will show in the pictures and videos. She counted and confirmed the amount. She then brought all the units to the food sealer and began sealing them for my trip back home. She then placed everything in garbage bags and escorted me back out to my truck. I tried contacting Dan because something seemed very off even though he told me everything was legit.I’m really nervous that somebody would have two females “alyssa” and “Parker” (girl in the dreads in the pictures I attatch) selling that much flower and handling that much cash completely alone.

Is There Any Potential Risk of Smoking Weed Before a Surgery?

10 Most Popular Sativa Strains of All Time

Treating Nausea with Cannabis: The Downside and Upside