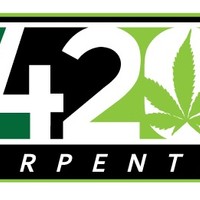 I was confronted at the store I work (a mini mart in Tumwater) by one of your employees, Mitch, who entered the store without a mask.even though it is well posted "NO MASK NO SERVICE AND DO NOT ENTER WITH A MASK"...after being told he needed one he continued to walk back for his beer..as he approached the counter he saw my mask,which is a 420 mask and Immediately became confrontational with me wanting to know where I got HIS mask from...told him in order to have a conversation or make a purchase he needed a mask. He went out and got one, then upon coming back in again questioned me about the mask...I told him first off it wasn't his mask , and that I had gotten it during a promotion you all had during the first part of the pandemic...He proceeded to tell me HE did not believe that, because those mask cost 10 dollars each and we just wouldn't give them away....this went on for 10-15 mins. until I said I would call the cops and have him trespassed from this property ...I WOULD JUST LIKE FOR ALL YOUR EMPLOYEES TO KNOW MASK WERE GIVEN AWAY ....and accusing someone of stealing is NOT OKAY....we have been coming to you since you opened, spend far more than we should ...always loved the people there, Just don't feel like he represented you guys very well.

This is the only flower store we go to. Prices are great, quality is top notch, the staff rocks! We highly recommend !☆☆☆☆☆

I heard good things but no menu tho? Lmao its 2020 everything done either online or thru a digital medium and if it aint yet it will be within a few years. Sure theres always new inventory but that can be easily solved by just updating once every 24hrs. Also it would make it easier on the consumers that only go for the top tier strains, instead of getting swindled into buying some bunk bam margera type noise

Excellent. Great staff. Great product. Great price. All you complaining about "no menu" online do not understand basic economics. Menu maintenance with an ever changing inventory costs money that is passed along in product cost. Get off your ass and get to the store. As if a menu ever changed your mind. Really?

No menu equals no shopping from me. Sorry. Some of us don't have time to stand around in the store all day trying to figure out what is what. Wise up and put a menu online or others likely will go elsewhere as well.

Absolutely the best shop around!! Great prices and great customer service. I wont go any other place!

Workers are awesome and they have a huge selection of everything!

A Complete Guide to Making Hash at Home