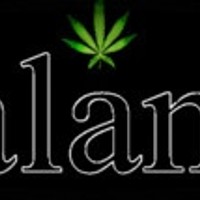 Quality is Everything We opened our doors Nov 2014 to serve the Northwest with the finest recreational cannabis available. With strains topping the charts at over 30% we are confident we will earn your business the right way by offering quality consistent products with excellent customer service.

Quality is Everything We opened our doors Nov 2014 to serve the Northwest with the finest recreational cannabis available. With strains topping the charts at over 30% we are confident we will earn your business the right way by offering quality consistent products with excellent customer service.

Quality is Everything
We opened our doors Nov 2014 to serve the Northwest with the finest recreational cannabis available.

With strains topping the charts at over 30% we are confident we will earn your business the right way by offering quality consistent products with excellent customer service.

Isn't the cannabis industry supposed to bring marijuana lovers together? Aparently not at Local Amsterdam. I went into this shop for the first time today. Two guys I know who work in the marijuana industry happened to be there, two very nice guys. I watched one of their employees kicked them out, just because they work in the I502 industry & kicked me out before I even said a word, just because he assumed I was with them. After my friend asked if they do industry discounts the dude flipped out and said "I am going to have to ask you guys to leave", then proceeded to call us names and cuss us out. I hadnt said one word before he tried to kick me out, I drove completely separate from these guys (who did nothing but apologize and one even tried to shake the guys hand AND INTRODUCED himslef). He followed us out screaming at us. Their other employee was absolutely wonderful, I feel so bad he has to work with that crazy dude. This man was terrifying. One of the most volitile people I have ever encountered in fact. I know that this isnt a representation of all the employees, but this guy made this the worst experiance I have ever had at not only a cannabis shop, but any retail store ever. Their products where great and I wish I could have had the chance to try some of their stuff, but I wont return.

Best dabs for miles! Cant touch their fire weed with anything else around. Been to all the stores. They have that stores best, and better. Im done "shopping" I know where to find great stuff now. The selection is incredibly simple and full of choices. They didnt have my favorite Laker Perps but they got me a couple others that are even better I think so Im going to be back often I think.

This seems like a really professional shop, here to do business and move marijuana. When you enter, there's a door buzzer to get in. Inside is a big space with a lounge and long glass displays. -- There's quite a bit of pot here, lighting is pleasantly balanced. -- Came back to give another chance - glad I did! -- I was helped by the manager Will on this visit. I was guided through the various cannabis brands and strains available. Solid menu with great pricing. Top tier brands without a crazy markup -- Variety of edibles, primo concentrates, good deals. -- Atmosphere was educational with a dedicated level of service. Everyone here left happy. -- Talked to the Artizen delivery people for a while about their brand - Thanks your #WAPot is great!

It was dank... they r cool and smily... i like the deals def. worth the drive from Centralia

I just tried this store today for the first time, and was very pleased. I have been to every store in town, and think this one has the best selection of high potency buds. They had the best quality and selection at a very reasonable price. Not only that, but they are a one stop shop, having a excellent selection of buds, edibles, and kief. I highly recommend them.

Went there this week with my girlfriend. Guess they just opened right near downtown. They have great prices and the White Rhino they recomended tasted great. I am planning on trying the edibles next time.

25 Most Popular Cannabis Strains of All Time!

10 Most Popular Indica Strains of All Time

What are Cannabinoids? THC, CBD and CBN Explained