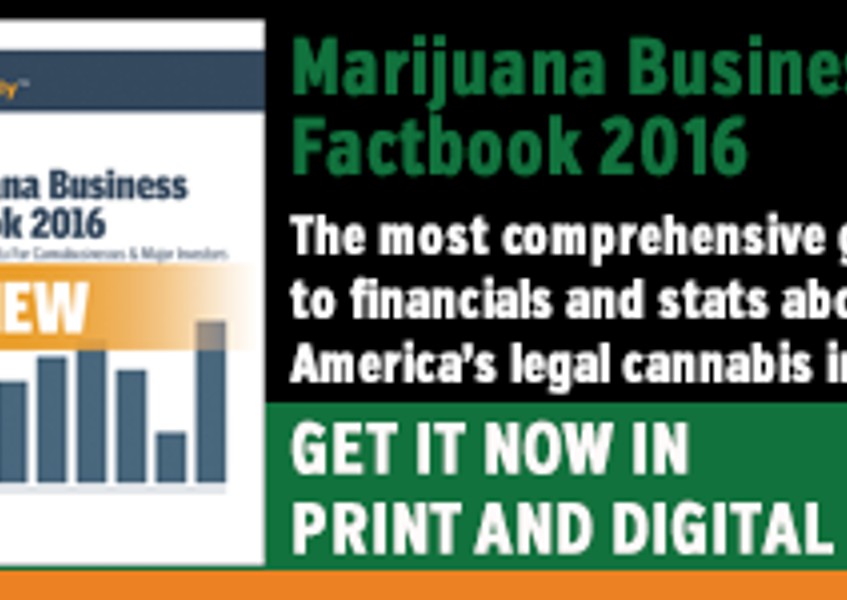 By Omar Sacirbey and John Schroyer

Heres a closer look at several notable developments in the marijuana industry over the past week.

A spokesman for the Maryland Medical Cannabis Commission said the states MMJ program wont be fully up and running until the middle of next year.

State officials initially plannedto have the program by far the largest on the East Coast serving patients by the second half of 2016.

The latest timeline puts hundreds ofentrepreneurs who applied for medical marijuana business licenses last fall in an unenviable position.Theyve been waiting since November to hear whether theyll receive a permit.

Consider Brian Fox, CEO of Cannavations, who applied for four dispensary licenses and one processing license.

The Missouri-based cannabis entrepreneurdispatched a team of Maryland residents to scout numerous properties that could potentially house a dispensary. They chose four.

Naturally, Fox didnt want to start paying rent before receiving a license. Buthe did sign a letter of intent for each of the four properties, essentially reserving them until he lands an MMJ license.

Small problem: The agreements were signed last fall. And while the properties may still be available, Fox said he didnt expect the owners to honor the agreements forever.

The timeline has obliterated those agreements, Fox said. If a property owner has been sitting on an empty building for a long time and someone comes along and wants to lease it, I cant stop that.

Three of the properties Fox earmarked were vacant buildings. The fourth was a functioning store that the owner planned to turn over to Fox once he received the license.

Fox hasnt spoken to the property owners in months. And he didnt know whether they still considered the letters as valid. He plans to contact them as the winner-announcement date draws closer.

News that Toronto authorities plan to crack down on unlicensed medical cannabis dispensaries didnt surprise one local attorney who works with the citys MMJ industry.

The city estimates roughly 80 dispensaries are operational. They should have seen the crackdown coming, the lawyer argued.

A lot of them have operated on the basis of: Lets make money now and the rules will have to accommodate us eventually, which is a dangerous game to play, especially with controlled substances, said the attorney, who requested her name be withheld.

Theyll fight it. But I dont think theyll fight in an organized manner, which means they wont fight it well.

The city will issue fines of up to $50,000 to dispensaries for breaking zoning laws in the hope that will force many, if not all, to close. That will likely prove an effective tactic.

But even more effective will be threats against landlords, the attorney said.

The nature of the letters that have been delivered to landlords suggest that law enforcement will take action, up to and including confiscation of property. And of course thats a lot scarier than fines, the attorney said.

That, she predicted, will likely lead to landlords expelling dispensaries from their current shops in order to comply with the citys demands, leaving many dispensaries homeless at least temporarily. As a result, many simply may not be able to find a storefront for selling to customers.

Licensing continues to be a big problem in Massachusetts, where the number of registered medical marijuana patients is surging.

The problem: Not enough dispensaries have opened to meet the demand. Statistics show that through April 30, 7,273 or 30% of the states 24,196 MMJ patients have not bought medical cannabis from a dispensary.

Why? Some observers reckon ...