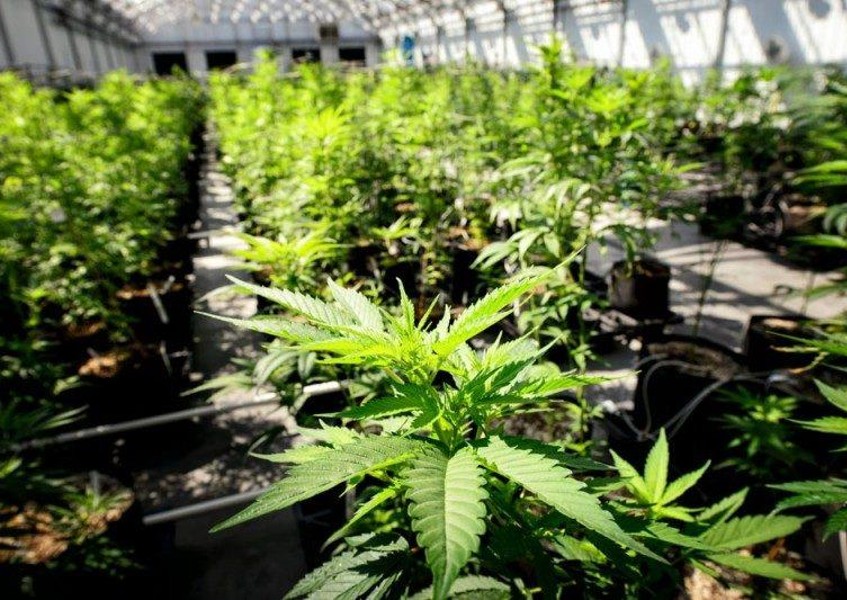 By Aaron Gregg and Fenit Nirappil, The Washington Post

Marylands state medical marijuana commission delivered a blow to marijuana advocates and would-be entrepreneurs recently by abruptly capping the number of businesses that can process marijuana into pills, oils and other products.

The commission also gave conflicting information about when the first long-awaited growing licenses would be issued, with Executive Director Patrick Jameson first saying it would be late summer or early fall, then stating that licenses would come weeks after the evaluations of the applications are completed in early July.

At the commissions first public meeting in months, marijuana advocates and entrepreneurs complained about the slow pace and the secrecy of the process.

We have been waiting patiently for the commission to do its work, but every day is a challenge when youre watching your child seize, fall behind in school and lose ground, said Jennifer Porcari, who has fought for years for access to medical cannabis to treat her childs epilepsy. We ask you to remember that the work of this commission is to help Marylanders and children like our daughter.

An analysis by the advocacy group Marijuana Policy Project found Maryland to be among the slowest states to get its approved cannabis program up and running. The commission was supposed to start awarding licenses to grow marijuana for medical use in January. But the commission received applications from twice as many businesses as it anticipated, and the timetable has changed several times. Executive Director Hannah Byron abruptly announced her resignation in December and wasnt replaced until this month.

The commission, which declined to comment on its pace, has extended by four months its contract with the Regional Economics Studies Institute at Towson University, which is managing a committee of two dozen evaluators that is reviewing and scoring the applications. Records show that the cost of the contract has quadrupled, to more than $2 million.

Towson is expected to deliver scored applications in July to the 15-person commission, which has the final say in who gets licenses. Given the time needed to grow and process cannabis, medical marijuana probably will not be available in the state until the summer of 2017.

The commission voted last week to limit the number of processors to 15. The change was suggested by commission member Harry Robshaw III, police chief in the Prince Georges County, Maryland, town of Cheverly, and adopted unanimously after minimal discussion. State law already limited the number of growing licenses to 15.

Robshaw said the cap on processors would make it easier for regulators to carry out inspections and could be lifted later as the industry matures.

But it also means businesses that win licenses to grow but not process marijuana could have to pay another company for something they had initially planned to handle in-house. Several applicants complained that restricting licenses for processors would make it harder to track cannabis from seed to sale, a unique provision built into Marylands law and designed to protect patients by cutting down on tampering and diversion of the product.

Theres a concern that this was done arbitrarily, long after the applications have been submitted, said Kate Bell, an analyst with the Marijuana Policy Project who attended the packed commission meeting at the University of Maryland Medical School last week. Its not clear to me what the basis is for imposing this limit.

The intentionally opaque evaluation process has left some Maryland medical marijuana advocates and entrepreneurs asking for more clarity, with one demanding a public ...