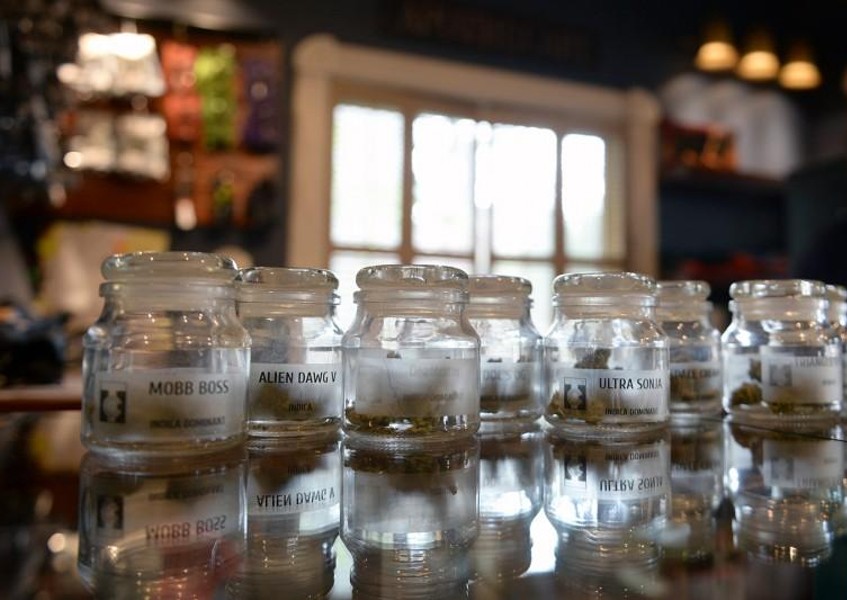 By Fenit Nirappil and Aaron Gregg, The Washington Post

The state lawmaker who led the effort to legalize Maryland medical marijuana is part of a company trying to sell and profit off the drug a position he never disclosed as he pushed bills and regulations to help cannabis businesses.

Del. Dan K. Morhaim (D-Baltimore County) is the clinical director for Doctors Orders, according to a portion of a dispensary licensing application obtained by The Washington Post through a public records request.

The company is seeking to grow, process and sell medical marijuana and is competing against hundreds of others for a limited number of licenses that are to be awarded by the state starting next month.

Morhaim a 21-year lawmaker who is an emergency room doctor was a sponsor and driving force behind the 2014 law legalizing medical-marijuana businesses. He has continued to champion the program and is a fixture at meetings of the Maryland Medical Cannabis Commission, offering advice on regulating the industry.

But Morhaim never disclosed at those meetings or during deliberations in the Maryland State House this year that he was part of a company applying for medical-marijuana licenses.

For the past year, he has declined to answer questions from reporters about possible marijuana business dealings. After being presented with records showing his involvement with Doctors Orders, Morhaim said he began talks with the company in late 2015, has no ownership interest, and would be a consultant advising on medical issues if the company is granted a license. Morhaim said he had cleared the job with Dea Daly, the General Assemblys ethics adviser.

When you are a citizen legislature, people do have jobs, and Im entitled to work as a physician, Morhaim said. I dont see any conflicts of interest, and anyone can review the legislation Ive done, and everyone can see its all aboveboard.

Daly said she could not comment on private consultations with a delegate. In general, she said, Marylands ethics law prohibits lawmakers from voting on bills that specifically benefit businesses they own or have a stake in. The law does not forbid lawmakers from sponsoring or voting on legislation affecting industries in which those lawmakers work.

For example, farmers who are state delegates could vote on bills involving industry-wide farming subsidies but must recuse themselves from bills allocating specific ones directly to their own farms.

Jennifer Bevan-Dangel, executive director of the watchdog group Common Cause Maryland, said she found it very troubling that Morhaim has used his position as an elected official to influence policy decisions affecting the medical-marijuana market without revealing to the public that he is part of a company that could benefit from such decisions.

It comes down to public trust: Disclosure is the publics ability to know all of the potential influencers that can be shaping an elected officials decisions, said Bevan-Dangel. When you dont have disclosure, you dont have trust.

During the 2016 legislative session, Morhaim authored a law allowing dentists, midwives, podiatrists and other non-physicians to recommend medical marijuana to patients a change that could boost the number of patients and sales at dispensaries.

This past week, he urged members of the cannabis commission, which regulates the industry and awards the licenses, to give preference to applicants applying to both grow and process medical marijuana a category that applies to Doctors Orders.

Patrick Jameson, executive director of the commission, said he was not aware of Morhaim disclosing that he is part of a group that has applied for licenses.

Whats happening with legalization in Maryland and around the country

Election 2016: Definitive guide to marijuana on the 2016 ballot

A spokesman for Gov. Larry Hogan (R), who appointed Jameson, declined to comment specifically on Morhaim. But spokesman Matt Clark said in a statement that the work of the commission must be above reproach, and the public must have total confidence that the process is fair and equitable.

Morhaim said officials at Doctors Orders never asked him to introduce or amend legislation or sought his help to change regulations in their companys favor.

Ive been working on this issue since 2003, Morhaim said. This is an issue I care about, and I believe it will help a lot of people.

A spokeswoman for House Speaker Michael E. Busch (D-Anne Arundel) did not respond to questions about Morhaim.

Doctors Orders submitted applications to operate dispensaries in Baltimore, Baltimore County and Southern Maryland. The commission received 811 dispensary applications in all and may grant up to two licenses per state senate district, for a total of 94.

In its application, Doctors Orders touts Morhaim as a highly sought-after doctor who would work exclusively with them.

The company credits him with tapping into his vast network ... to enhance the entire Doctors Orders operation, including by assembling an advisory board that features top medical professionals from the University of Maryland, Johns Hopkins University and Sinai Hospital in Baltimore institutions where Morhaim holds or recently held positions.