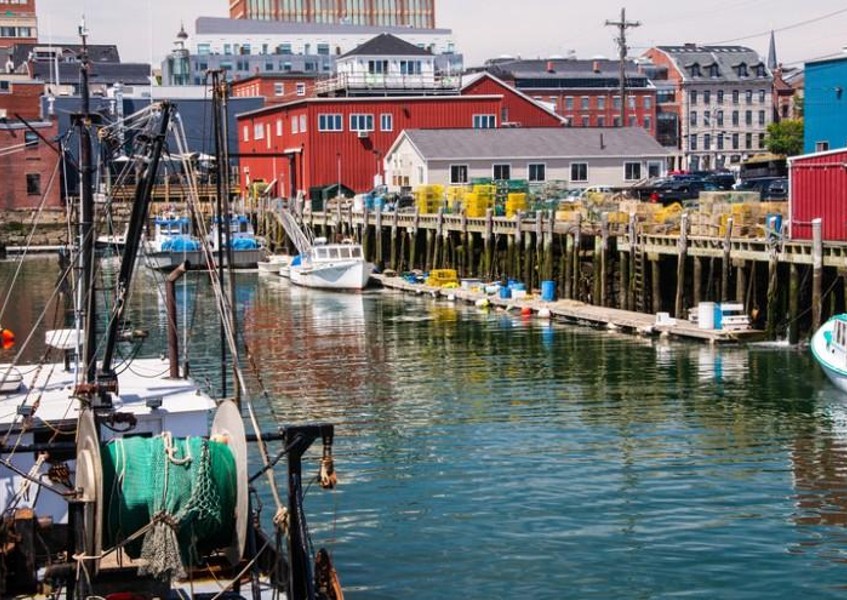 Polls closed in Maine at 8 PM ET, but the result of one of the election's hottest issues - legalizing recreational marijuana - wasn't settled until late this morning. But as of 10:15 AM, Bangor Daily News has called the cannabis initiative - known asQuestion 1- in favor of the "yes" vote. That means Maine becomes the 8th state to legalize recreational marijuana, after Colorado, Washington, Oregon, Alaska, Massachusetts, Nevada and California.

The margin for victory was razor-thin in Maine. Only 9,000 votes separated the "yes" from the "no" votes, with the pro-legalizers winning 50.3 percent of votes cast. That narrow lead isn't surprisingsince polls showed support for the initiativewas consistently above 50 percent among likely voters. But it never went higher than 53 percent, so the issue was always going to be a slimvictory at best.

Here's a glimpse of what legalization in Maine will look like in Maine. And what this victory means to the marijuana movement.

Question 1 is arguably more progressive than the legalization programs currently in effect. The initiative will make itlegal for people aged 21 or older to purchase and possess up to 2.5 ounces of marijuana in Maine. That's more than twice the amount you can legally carry in Coloradoand Oregon.

Residents will also be allowed to grow twice as many plants as in Colorado and three times as many as Oregon. Question 1 will let Mainers cultivate up to 12 plants so long as no more than 6 are flowering at a time. Having that many plants - in any stage of growth - would be a felony in both CO and OR.

Visitors will be able to consume cannabis in social clubs (think marijuana bars), but public consumption will remain illegal.

Sales will be restricted to licensed retailers. There are no state limits on how many licenses will be issued, but cities can put caps on the number of marijuana retailers allowed to operate in their municipality. Or they could opt to ban marijuana stores, whichBangor has discussed. A 10 percent sales tax will be charged on all recreational marijuana sales, which is lower than the tax rates in the other legal states right now.

The legalization regime will be overseen by the ...