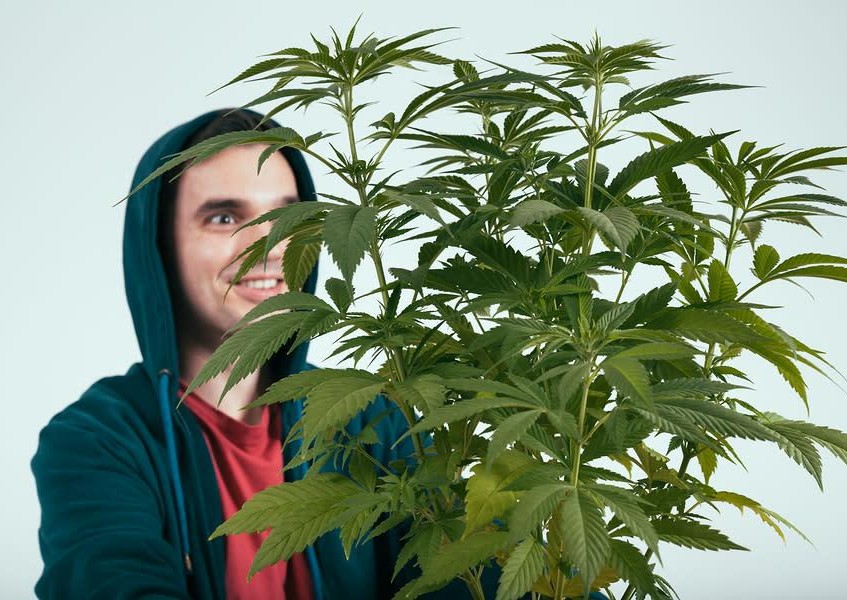 1.  What’s this stuff called “cannabis?” Hemp, cannabis, and marijuana are not quite the same. Hemp is a cannabis raised for its fiber, an agricultural crop dating back to 8,000 B.C.E. It has been incorporated into the manufacture of health foods, textiles, paper, rope, beauty products, and nutraceuticals.

“Marijuana” and “cannabis” are used interchangeably, but cannabis usually refers to the plant and genus Cannabaceae while marijuana identifies the cannabis-derived product that is smoked or consumed.

2.  How many types of cannabis are there? Most discussion focuses on three species: cannabis indica, cannabis sativa, and cannabis ruderalis. They differ slightly in appearance and effects.

3.  Do plants have sex? There are male and female cannabis plants. Female plants hold the THC, but the male plants do produce the seeds to grow additional plants.

The female plants are grown or their potent resinous flowers that are processed into marijuana. Male plants issue the seeds needed for breeding and cultivation. Cannabis plants have developed an ability to change or compromise its gender to survive in punishing environments. And, seeds can be feminized by breeders to control their crop.

4.  Is cannabis legal? It depends where you are. For eons, cannabis and its use were not regulated. Legislation banning its use did not appear in the U.S. until 1937. The DEA (1970) categorized it as Schedule I: “heroin, lysergic acid diethylamide (LSD), marijuana (cannabis), 3,4-methylenedioxymethamphetamine (ecstasy), methaqualone, and peyote.”

Its legal status varies from country to country, but it is generally prohibited internationally. However, an increasing number of countries and individual United States have approved growth, sales, and possession of cannabis and cannabis-derived products.

5.  Why do users like it so much? Our bodies and cannabis are natural allies. Israeli researchers discovered how the plant’s cannabinoids interact naturally with the human endocannabinoid system.

This synergy soothes and settles disturbances and imbalances in the brain and body neurotransmission. This center regulate appetite, bliss, pain, perception, sleep, and more.

6.  What are these “cannabinoids?” Cannabis plants hold eighty or more cannabinoids, but the focus is on THC (tetrahydrocannabinol) and CBD (cannabidiol).

THC is the psychoactive piece that triggers the high you are looking for. And, CBD accounts for the relaxation, anti-anxiety, and anti-inflammatory qualities used in so many medical applications.

7.  When did they start to smoke marijuana? Archeologists have found evidence of smoking cannabis as early as 2,500 B.C.E. Evidence has been found throughout Central Asia. It’s origins in the Himalayas spread to Thailand, India and on to Africa, Brazil, and Jamaica.

The U.S. caught on after the Civil War as immigrants into western, southern, and eastern states brought new tastes and products for pleasure. Ganja, hashish, kush, and other versions arrived and fed appetites for enjoyment and/or medical treatment.

8.  How good is the medicine? States approving the availability of cannabis for medical care list as many as 40 ailments eligible for treatment. Its anti-inflammatory qualities treat a dozen or more medical problems. The anti-anxiety properties reduce anxiety, depression, and insomnia. And, its anti-spasticity effects have become a treatment of choice for some patients with epilepsy, MS, and cerebral palsy.

Perhaps, as important, tests indicate it may be a positive treatment for cancer tumors, Parkinson’s Disease, and ALS.

9.  What’s the problem with the DEA? There are signs that the DEA may reconsider its position on cannabis as a Schedule I drug. Under the current administration, it will not change its position, but it has made some small exceptions in recent years. For example, it has approved the use of Sativex®, a cannabis derived medication for treatment of a severe form of epilepsy.

In the meantime, it has scared away research or made it difficult to initiate. For years, the University of Mississippi has been the only lab approved for research on cannabis. It is the only institution permitted to grow research quality cannabis. And, the funding it received from NIDA (National Institute of Drug Abuse) promotes research on the bad effects of cannabis use. Other investors are wary of investing in what is officially illegal.

Still, the government opened a window to permitting other university labs to grow and test. So, research continues to thrive in Israel, even though marijuana use is illegal, and England where G.W. Pharmaceuticals produces pharmaceuticals worth testing.

10.  Where do I buy it? In most places, cannabis remains a street drug that you must buy on the black market. In an increasing number of states, you can purchase, possess, and use cannabis products and marijuana from a medical marijuana pharmacy.

In an increasing number of states, you can buy product at a recreational or adult-use, licensed, cannabis, retail dispensary. State control and monitoring of these outlets assures a level of quality assurance because there is seed-to-sale tracking and labeling required.

11.  Do I have to smoke cannabis? No, it comes in any number of forms. Smoking marijuana remains the most popular. But, it also sells as concentrates, edibles, oils, tinctures, beverages, hash, kief, and more. You can buy cannabis-based lotions and transdermal patches.

Lozenges, candies, chewables, and lollipops are available, especially for medical patients who have difficulty in consuming it in other forms.

12.  What’s going to happen to me? Smoking marijuana will produce different highs depending on the strain of cannabis. If the strain is heavy with THC, the high will approach a pleasant euphoria and can produce paranoiac hallucinations.

CBD rich strains will produce a total relaxation in body and mind leaving you pain free and generally drowsy or a couch-locked hit. New users should start with low THC content until they can increase it over time.

13.  Will it hurt me? Smoking anything will affect your lungs. But, most pot users do not smoke joints back to back the way cigarette smokers do. If a user smokes heavily and frequently, it is bound to have some impact on the lungs.

But, most smokers use only occasionally because of the price and the preferred social involvement. Most users like to smoke with others.

There is no scientific proof that marijuana is addictive. Where addiction happens, it is in people prone to dependency. But, it can cause dizziness, dry mouth, lightheadedness, and accelerated heartbeat. On the other hand, ample evidence shows how cannabis can positively affect patients with many chronic health conditions.

All you need to know!

Cannabis will treat you well. It’s an adventure you can enjoy, especially when you know the facts. It can produce some risk, but moderation in any pleasure is the best way to go. Beginners will enjoy the first trip, especially if they smoke or try with others who can ease them into it. These 12 must-know fact for cannabis beginners only begins the list of natural concerns of any novice, but they’re enough to provide some confidence in going for it.