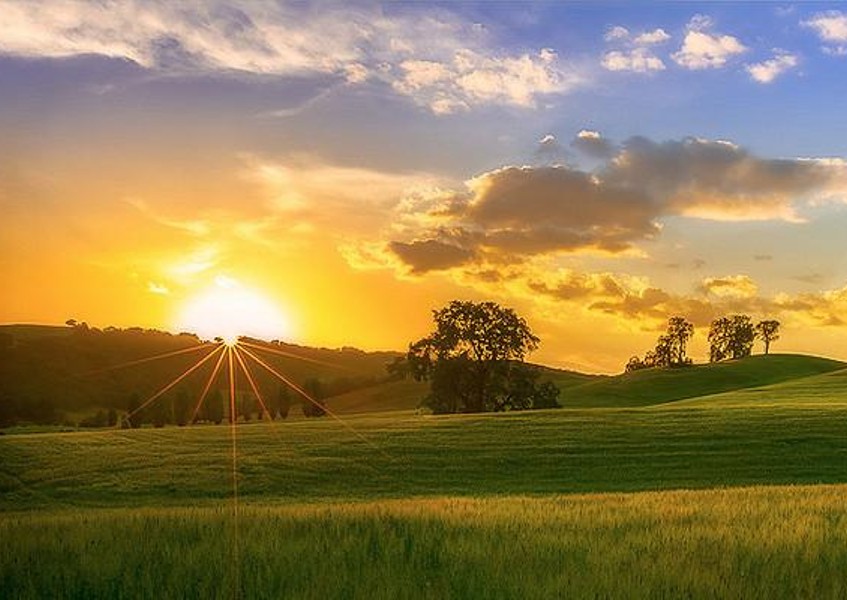 It was February of 1849 when my first ancestor,Nicola Larco, set foot on California soil. He arrived by sailing ship from Peru, unaware of theGold Rushwhen he had originally left his home a year before, a fishing town on the Ligurian coast of Italy. It was probably a combination of distasteful politics and a desire to see the New World that gave him the push to explore. Clearly I inherited more than my name from Nicola; along with adventurer genes, we share a right-time-at-the-right-place sort of good timing.

Now, over 160 years later, once again people of all ages, genders, races and skills sets are flocking to the West Coast to find their dreams in fields of cannabis, whether as a grower or a manufacturer or a businessperson looking to make a buck. There are determined farmers willing to work under the hot sun everyday all summer long, and there are fat-cat investors who just want to sit back and watch the dough flow in. Just like back in the Gold Rush days, there are scoundrels and there are saints. There are those who fight for justice, and those who abuse it.

When Nicola Larco arrived, San Francisco was just getting used to the idea that there was gold for the taking up in them thar hills. The word had not yet begun to spread all around the globe. Nicola did a short stint in the gold fields, but quickly figured out it wasnt for him.He returned to the city, where he staked his claim primarily on imported fruits, vegetables and spirits from Peru. (And cocaine, but thats a whole other story about the secret of the famousPisco Punch.) By January of 1849, a steady parade of ships from ports all around the world were arriving, bursting with hopeful young men, and a few very brave women, ready to find their fortunes. They needed to be fed and entertained, and Nicola saw good business.

Those seem to be the key words today as well: good business. Everyone is willing to take a risk to make it big and cannabis is the new hot market. But there are lessons to be learned from our Gold Rush forefathers. One is that those who arrive late have to be very clever or theyre out of luck. Everyone thinks they can be an instant grower, that its just a weed. Similarly, all the young explorers thought they could simply board a ship on the other side of the world and, after a grueling journey, head up to the mountains to get rich. Cultivating fine cannabis is an art, just as understanding how to find a river rich with gold is also an art. Devoted miners were passionate about their work. But to most, it was seen as a tough job with extremely harsh conditions.

Im a realist, and probably would have made a fairly good miner, but more likely I would have run a saloon in San Francisco. There will always be theLevi Strausses and Charles Crockers the same characters, just in current costumes, are falling into similar roles as we watch. Kingpins emerge and royalty is established, but kingpins are also made to fall. After the Gold Rush, the early days of San Francisco were rife with personalities who were legends in their own minds, people who made piles of money and then lost it all sometimes in just a night at the gaming tables. And in true Gold Rush spirit, Id have to hope it happened in my saloon!

I believe the Green Rush has attracted a more gentle and generous spirit. Cannabis consumption leads to a healthier lifestyle that is the opposite of a rugged gold miner, who subsisted primarily on booze and greasy food. They say there was a murder every night in the gold camps in the old days. The original hippie growers were likewise adventurers, but with an entirely different set of ethics.

The major difference between the Gold and Green Rushes is simple: the gold ran out, whereas the green can ...