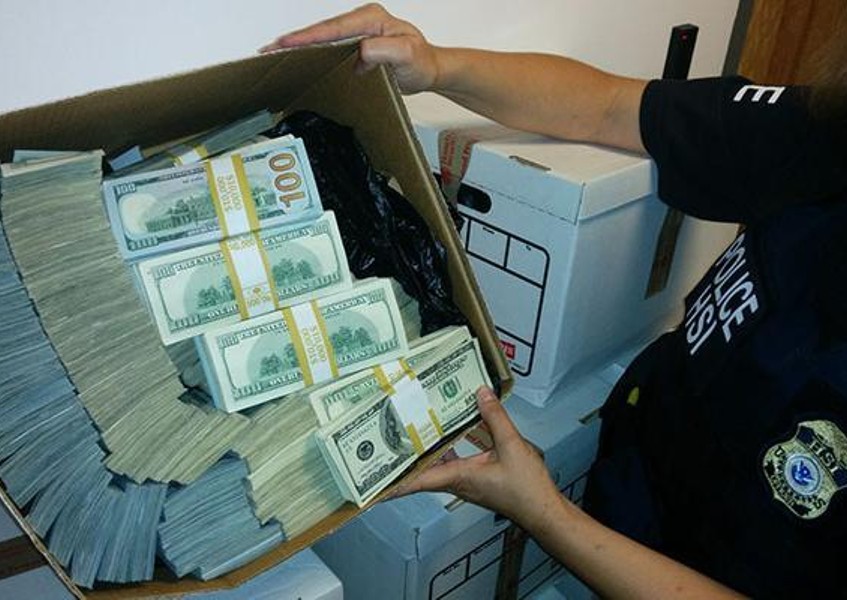 Although California is often revered as one of the more progressive states when it comes to protecting the average citizen from becoming a casualty of the drug war, a new poll has found that law enforcement is the southern portion of the state is still capitalizing on the seizure of cash and property belonging to residents who have not been convicted of a crime.

A couple of surveys recently published by Public Policy Polling found that one out of every 10 adults living in the counties of Los Angeles, Riverside and San Bernardino have been shaken down by the cops to the tune of cash and personal property without being convicted of any wrongdoing. The report points out that law enforcement in these areas has apparently made it their mission to profit from running seizure scams on the communities they have been hired to protect, with one in five respondents admitting to being close to someone victimized by this vile injustice.

California police essentially have a license to steal when it comes to handling property that they believe was used in or obtained through the sale of illegal drugs. It is a stickup job known as civil asset forfeiture, a policy that allows cops to steal items like cars, cash and houses without proving the owner was involved in outlaw activity.

Although California law mandates that a conviction is necessary before certain types of property can be forfeited, law enforcement has been able to lean on a federal statute, which allows police to keep cash and property without obtaining a conviction.

According to Shouse California Law Group, an asset forfeiture proceeding is a lawsuit by the government against the property, not against its owners, so it is not a prerequisite that the former possessor of the property be found guilty of a crime.

Civil asset forfeiture turns the bedrock of the American justice systeminnocent until proven guiltyon its head, and these polls make it crystal clear that the public feels threatened. said Lynne Lyman, state director of the Drug Policy Alliance. Civil asset forfeiture provides no protections for the innocent.

Last year, the investigative forces at the Washington Post uncovered an alarming statistic about civil asset forfeitures: Outof the 62,000 forfeitures of cash and property across the United States, only about 20 percent of them resulted in a conviction. For the resta whopping 80 percentthose people were forced to give up valuable possessions and money without a court of law determining that a crime actually occurred.

In most cases, law enforcement is targeting Blacks and Latinos living in low-income communities because these people typically do not have the financial resources available to fight the federal government in court.

For obvious reasons, the concept of robbing tax-paying citizens without proving them to be criminals is not ...