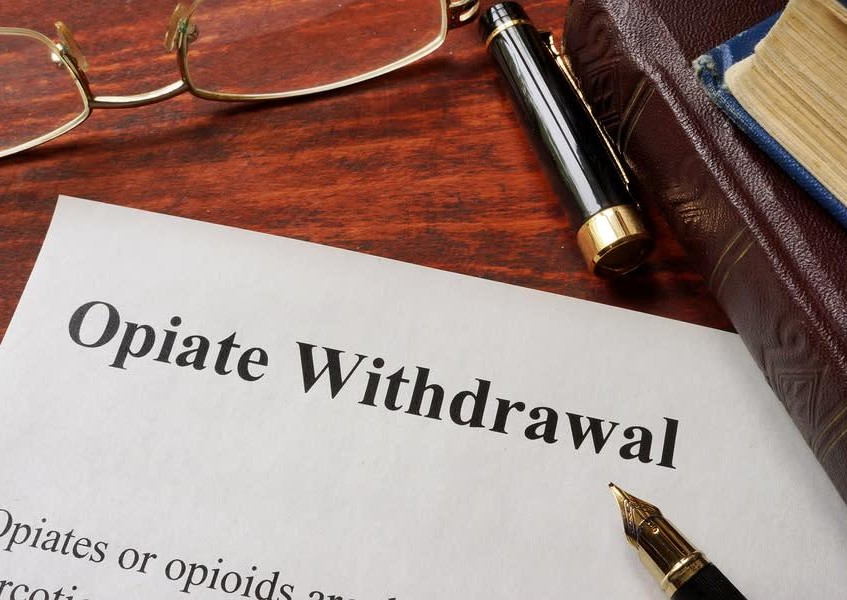 Opiate withdrawal takes courage. It starts with the tough decision to withdraw. Opioid addicts must really want to break their habit.

According to American Addiction Centers, withdrawal symptoms will set in 6 to 12 hours following the last dose of short-acting opiates (30 hours if long-lasting). They include:

Symptoms will peak at about the 72nd hour and continue as:

So, you should prepare nutritional meals before time. The nausea, diarrhea, cramps, and vomiting will leave you dehydrated. Some easily available drinks will replace the loss of electrolytes.

Certain supplements like ginger, cinnamon, and turmeric will flavor the bland foods you can tolerate. Juices blended with easily digested fruit and vegetables will help once your tolerance improves.  And, if you treat symptoms like the flu with soups, toast, yogurt, and foods gentle on your stomach.

1. Cannabis has properties to fight each of the symptoms listed here. In fact, it’s generally-accepted pain killing powers offer a real alternative to opioids used for pain management.

Science and anecdotal history have found cannabis a valuable and effective remedy for pain. It is a natural analgesic, anxiolytic, anti-emetic, and anti-inflammatory. But, it is not addictive.

2. CBD Oil is extracted from cannabis. It is administered sublingually or mixed into food and beverages. As one of the major cannabinoids in cannabis, CBD soothes and relaxes brain and body.

As such, CBD Oil can help manage pain and its related symptoms well enough to avoid opioids in the first place. But, in withdrawal, it will reduce anxiety, fight nausea, and prevent vomiting. Opioid addictive behavior appears as tolerance for the prescribed drug and as dependence that produces the withdrawal symptoms when you go clean.

4. Cannabis is a natural remedy. This herb has no added chemicals or toxins when raised correctly. But, opioid addiction changes the brain’s chemistry affecting the distribution of dopamine.

With the dopamine levels off the mark, dependency continues for months to years. This dependency invites and enables relapsing. The American Addiction Centers explains, “Whether prescription opioids or illicit versions like heroin, these drugs can lead to post-acute withdrawal syndrome if they are not tapered off properly. People who experience the full intensity of acute withdrawal are more likely to develop PAWS [Post-Acute Addiction Syndrome], which includes cravings, exhaustion, and cognitive impairment that does not go away for a long time.”

When integrated with other withdrawal therapies, cannabis helps people control the symptoms that took them into opioids in the first place and remain off the substances once they enter withdrawal.

5. Cannabis has an entourage effect. It works on more than one mechanism at a time. Most people who become addicted have complex brain and body issues more complicated than their physical pain.

Many people are psychologically and/or genetically pre-disposed to addiction. Addiction often has to do with the addict’s state of mind. The addiction builds as the opioid chemicals interact with the related neurology and bio-chemistry. As it alters the brain’s reward response system, the user seeks more to satisfy the tolerance level.

For many, cannabis provides a holistic treatment. Ancient in origin, cannabis therapy has offered palliative therapies to those suffering from disturbances in their spirit, brain, and body.

6. Cannabis does not kill. There is no credible evidence of death resulting from a cannabis overdose. Yet, drugs used to treat addiction and withdrawal present problems.

Methadone can be addictive. Naltrexone does not eliminate cravings. Buprenorphine may mean lifetime maintenance. Clonidine may reduce anxiety but not cravings. And, so on.

7. Cannabis can be administered in a variety of ways. While most people using marijuana have been smokers, an overall recovery regimen might incorporate cannabis in any number of ways.

Cannabis edibles allow for discrete consumption throughout the day. Oils and butters included in cooking and baking makes consumption convenient and tasty. Extracts offer even more options. Patients and doctors will need to determine dosing and frequency.

These are all Indica strains or Indica-dominant hybrids because the psychoactive THC does not make sense.

9. Cannabis CBD offsets THC A curious study found that rats, who had been deprived of their mothers, lost their attraction to opioids once they were administered THC. But, it did not work that way for rats who still had maternal support.

CBD, on the other hand, softens THC’s impact on dopamine release. As Sensi Seeds concludes, “Firstly, for ex-users at high risk of relapse, it may help to reduce the desire to engage in reward-seeking behaviour; secondly, for those who have not become dependent on opiates but may be at higher risk due to negative childhood environment—such as children in care homes or those of particular socioeconomic deprivation—it may reduce the likelihood of opiate dependence ever occurring.”

10.  Cannabis alone may solve minor withdrawal symptoms for people withdrawing short-acting opioids. But, such cases do not account for the most serious addictions, overdoses, and deaths.

Addiction recovery requires a systematic therapeutic response. It must integrate the advice of medical, psychiatric, and addiction rehabilitation professionals. But, given that, cannabis can be an effective tool in their arsenal of therapies to stop, treat, and rehabilitate people caught up in this epidemic.