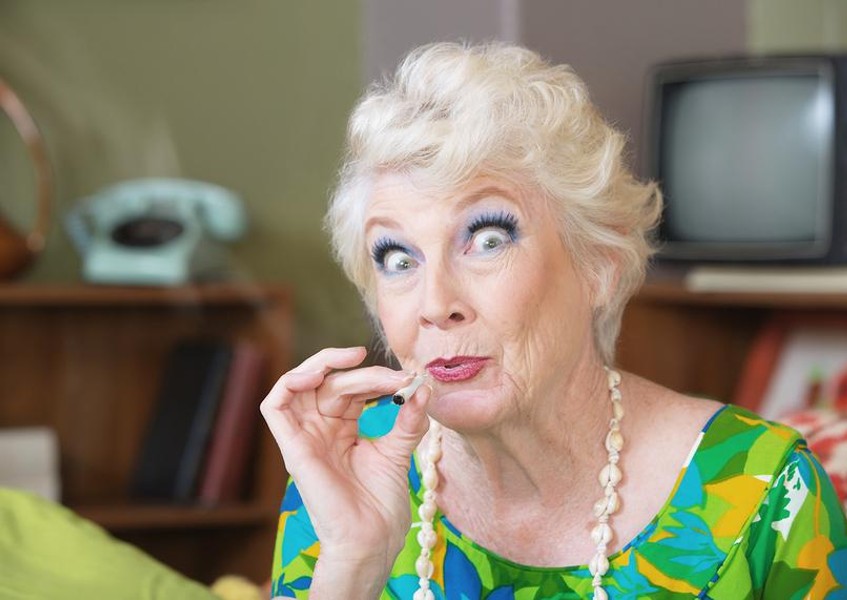 At the beach bonfire, under the mountain sky, after the big game and last slice of pizza, or following a fine dinner with friends, when someone passes you a joint, do you know what to do?

There’s a technique and protocol to smoking cannabis, so here’s the six steps for the first-time cannabis smoker.

People react differently to their first intake. You may or may not feel a strong reaction, but under the law, you will be “under the influence.” Cannabis smokers form social groups who are likely to keep an eye on each other. But, if you are smoking while drinking alcohol, you need a sober ride home.

If you smoke tobacco regularly, your physical reaction will differ than for people who do not smoke. Smokers get used to the inhaling and exhaling process as well as the effect of nicotine and tar.

Nicotine acts on cell receptors in the brain in under 20 seconds of entering the bloodstream through inhalation. It increases blood pressure, reduces the perception of body temperature, constricts coronary arteries, alters brain waves, and suppresses appetite.

In new tobacco smokers, the increase in blood pressure and metabolism may create dizziness and nausea. As smokers continue their habit, awareness of the effects subsides as nicotine tolerance builds and repeated smoking self-medicates.

First time cannabis smokers will first notice the odor, strong and pungent, different than those who smoke cigarette tobacco. That may continue to bother your nose and create some wheezing and phlegm. An increase in blood pressure and metabolism may impair motor functions and contribute to dry mouth, bloodshot eyes, and increased appetite. You may experience some mild nausea which your companions will coach you through if they know it is your first time.

#3.  Watch for the psychological response.

Cannabis users, experienced or not, seek the reputed high. It comes from the Tetrahydrocannabinol (THC) in the smoke that leaches into the bloodstream as it accelerates the blood pressure. Beyond this, it is not easy to predict the short-term high.

On the assumption that your friends and supplier offer quality marijuana without the extra toxins that might come from cutting the grade, you will experience some degree of altered consciousness. This can relax and lead to chattering and laughing. It will likely decrease anxiety and reduce alertness. But, it may change your perception of time and space leading to a sense of euphoria different from alcoholic intoxication.

To summarize input from Elizabeth Hartley, Ph.D., writing for VeryWell.com (2015), a first-time user find it intensive. But, it’s just as true that the absorption and its impact, a function or size and weight, may take longer than you expected. Heavy doses of stronger strains of cannabis can lead to anxiety, confusion, delusions, depression, panic, or paranoia.

You can consume cannabis can in several ways. But, before you think of improvising with empty beer cans, UKCIA.org warns against using plastic bottles, rubber hoses or anything that could burn. Any device using aluminum or any paper with cardboard are dangerous.

Pipes are practical, efficient, and easy-to-use. A starter pipe might hold one toke that you can relight as needed if you feel the need to take it easy. A long stem on the pipe will reduce your intake.

Smoking through a water pipe also reduces the tar but may reduce the high. And, as a novice, you might want to avoid bongs which produce a fast strong high.

Someone in your party must roll your joint, as it takes some experience. A razor blade cuts the available weed finely and pushes plant debris to the side. The participants will prize the leader who can wrap a fat conical shape because they smoke longer and steadier than straight tubes.

It takes experience to wrap the right firmness and consistency, so they do not fall apart. The pros also insert a roach, a small tube of card weight paper, that acts as a sort of filter to encourage airflow. The joint maker overlaps the paper and seals it with a lick.

Lighting a marijuana joint is like lighting a cigarette, only more carefully. You do not hold the joint into the flame because you do not want to waste it or ignite it into flame. Instead, prepare to take a long steady draw and light the tip of the paper with the tip of the flame. After a solid deep draw, you blow on the tip to create an even burn. You can, then, resume puffs. If the light dies out, you repeat the process.

You want to take deep breaths to hold the smoke in your lungs for two to six seconds. You exhale slowly and enjoy the sensation before taking another draw. You can do all the tricks with smoke that people do with cigarettes, from blowing rings to double inhaling, but as a beginner, you’ll want to pace yourself.

Per Henry Alford’s observation in The New York Times (2013), “The etiquette of pot smoking in social settings is largely uncodified.” Some users and some hosts remain uncomfortable where not everyone is open to smoking. Custom still defers to those who would prefer to abstain.

Still, as often as not, social smokers smoke together, passing their treat around a circle where most will take part. Whoever prepares the joint has “rights” to the first hit, but will then start the ritual, offering the “green hit” to the first person on the left; the joint should continue in the same direction letting each participant to take a hit.

Good manners call for you to take only one or two drags before passing it on, so everyone gets a shot. Smoking with Style describes a “euro-style” where custom lets smokers take four or five hits before passing, but hogging or bogarting the joint may offend your circle. It helps when everyone knows the rules.

You want to avoid wetting the tip too much because it will weaken the end loosening and shedding the contents, and it shares your germs as well. Since you are sharing someone else’s stash, you should contribute the food. A couple of bags of munchies will cost you a lot less than the cannabis.

Finally, the great grand-daughter of Emily Post, the doyenne of good manners, Lizzie Post told The Denver Post, “Just because (marijuana) was illegal before, doesn’t mean there wasn’t etiquette and courtesy surrounding it. It’s all very common sense stuff, but it’s definitely something that can divide or bond a group of people.”