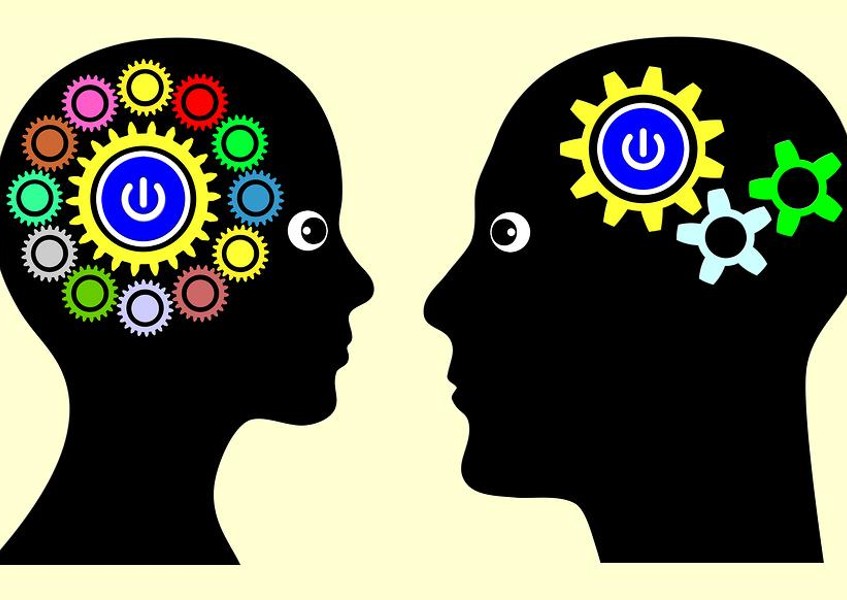 Physical injury, emotional distress, hormonal imbalance, ageing, and medical conditions like Multiple Sclerosis and Alzheimer’s Disease, they all contribute to cerebral malfunctioning. And, a decline in cognitive skills is a symptom of that malfunctioning.

It raises the issue of cannabis use and your cognitive abilities; that is, do people perform worse on cannabis?

The research on the cannabis effect on cognitive abilities is mixed. For example, a 1986 study by J.B. Murray available at the U.S. National Library of Medicine of the National Institutes of Health reports, “marijuana intoxication definitely hinders attention, long-term memory storage, and psychomotor skills involved in driving a car or flying a plane.”

Deep 2001 research by Carl L. Hart, Ph.D., and others of the New York State Psychiatric Institute and Department of Psychiatry at Columbia University concluded:

A 2004 research study by M.J. Lyons and others at Boston University and published in Psychological Medicine concluded, “Results of previous research examining long-term residual effects of marijuana use on cognition are conflicting. A major methodological limitation of prior studies is the inability to determine whether differences between users and non-users are due to differences in genetic vulnerability preceding drug use or due to the effects of the drug.”

So, where’s the surprise?

The National Highway Transportation Safety Administration (NHTSA) clarifies that any cannabis effects “vary with dose, route of administration, experience of user, vulnerability to psychoactive effects, and setting of use.”

According to the NHTSA, for most casual users, those reactions might include: “relaxation, euphoria, relaxed inhibitions, sense of well-being, disorientation, altered time and space perception, lack of concentration, impaired learning and memory, alterations in thought formation and expression, drowsiness, sedation, mood changes such as panic reactions and paranoia, and a more vivid sense of taste, sight, smell, and hearing.” Stronger doses and doses of certain cannabis strains increase the effects.

Of course, most people who use cannabis and its derivatives want some change in their perception. They seek the euphoria, happiness, stress relief, and relaxation. They are not upset by the altered states of color and sound perception, time and spatial relationships, and more. It is a pscyho-physical escape they want.

And, those who depend even heavily of medical marijuana have traded concerns for relief of their pain, stress, depression, spasms, and more.

Cannabis does change performance. Whether cannabis users people perform “worse” may depend on the context.

Regular marijuana smokers, for example, acknowledge some loss of memory and learning. They will admit some loss of coordination and difficulty in processing time and space, color and sound, and focusing with clarity and attention.

On the other hand, mild doses of mild strains can enhance the ability to work because it relieves pain, stress, and depression. Some strains are known to improve clear thinking and creativity.

What to make of the performance perception?

Time reported on a 2011 study by Robert Tait at the Centre for Mental Health Research at Australian National University: “The adverse impacts of cannabis use on cognitive functions either appear to be related to pre-existing factors or are reversible in this community cohort even after potentially extended periods of use.”

The National Institute on Drug Abuse (NIDA) repeats this: “Imaging studies of marijuana’s impact on brain structure in humans have shown conflicting results.” Studies indicate regular use from early adolescence alters brain development specific to capacity for memory, learning, and impulse control. But, it also references studies that find no structural differences in the brains of users and non-users.

People medicate with CBD in different ways because of its proven positive neuro-chemical mechanism. In his now famous 2013 statement on cannabis use, Dr. Sanjay Gupta pointed out, “I calculated about 6% of the current U.S. marijuana studies investigate the benefits of medical marijuana. The rest are designed to investigate harm. That imbalance paints a highly-distorted picture.” He puts it bluntly: while someone dies every 19 minutes from prescription drug overdose, there are no records of death from marijuana overdose.

Even the NIDA recognizes the beneficial effects of CBD use for epileptic seizures, cellular inflammation, and neuropathic pain. It acts as an anti-analgesic, anti-tumor, anti-anxiety, anti-psychotic, and an option for substance abuse disorders. It even counters the psychoactive effects of THC and alcohol with its neuroprotective elements.

Federal restrictions significantly limit the research necessary to explore the relationship between cannabis use and cognitive abilities. Anecdotal evidence, user experience, and established research indicate that short-term and light use of marijuana have little or no adverse effect. Admittedly, there may be an immediate impact on some cognitive skills which individual users should assess.

Heavy use of the most powerful high THC-content may lead to lasting negative effects over time as the heavy use of any powerful stimulant is likely to do. But, none of the history denies the positive and curative therapy in CBD use. High CBD and CBD-dominant cannabis is likely to improve the cognitive performance of its many users.