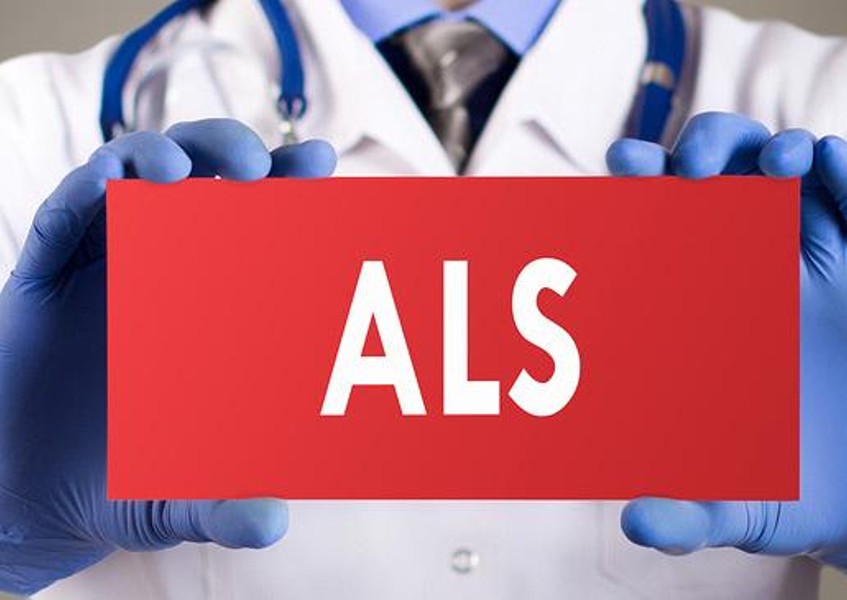 Cannabis Can Extend the Life Expectancy of People with ALS

In 2014, the ice bucket challenge that swept the internet brought renewed attention to the devastating Lou Gehrig’s Disease/ALS. People all over the world were talking about the disease and donating to ALS research. The challenge of pouring a bucket of ice water over your head for ALS, was done by over 17 million people and 2.5 million of those people also raised $115 million dollars. This amazing feat was the single largest show of giving, outside of a major disaster, to ever happen.

Most of the money donated to ALS during this time was spent on research such as a study that combined the efforts of Hospital for Special Research and a Israeli medical marijuana company called Tikun Olam. The research is still going through clinical trials on the effectiveness of certain cannabidiol strains on the symptoms of ALS and treatment of the disease. The research team is being headed by Dr. Dale J Lange, a renowned neurologist-in-chief and professor at Cornell University Weill Medical College.

Another study was done at Penn ALS Center in June of 2013. All the studies that have been done, and are currently being done, point to the same results—Cannabis can improve the quality of life, extend the life expectancy, and alleviate some symptoms of ALS Lou Gehrig’s Disease.

What is ALS Lou Gehrig’s Disease?

ALS stands for amyotrophic lateral sclerosis. This is a neurodegenerative disease that progresses quickly and affects nerve cells that comprise the brain and spinal cord. Amyotrophic means “No muscle nourishment” in Greek and, in short, means that the person affected by ALS will slowly begin to lose all their muscle mass.

This disease also destroys motor neurons that travel through the brain and spinal cord. When these neuron dies, or are destroyed, you lose the ability to make many voluntary muscle movements that are essential for everyday functioning such as speaking, walking, chewing, moving your limbs, eating, and even breathing. Unfortunately, there is no cure for ALS and the disease is terminal.

Of the two types of ALS, sporadic is the most common form of the disease in America. Most people with ALS have sporadic ALS which means that their ASL is random, not inherited. Only 5-10% of people have the familiar or, inherited, form of ALS.

Today, there is only one FDA approved drug for the treatment of Lou Gehrig’s Disease. Riluzole has been shown to slow the onset of symptoms modestly in patients with ALS as well as ease the severity of some symptoms. However, this drug has only worked on some, not all, of the people who have been tested.

The usual age range for people to start showing symptoms of ALS is 40-70 years old. Military veterans have a higher risk of getting the disease, although the cause remains unknown. Veterans are twice as likely as the general population to be diagnosed with the disease.

Effects of Cannabis on ALS

The study done at Penn ALS Center used anonymous Penn ALS Center patients to complete a survey. 21% of those who took the test, admitted to using marijuana currently, or in the past, to combat their ALS symptoms. Three quarters of those who used marijuana, said that they believed that marijuana had a significant positive effect on their symptoms in the form of stimulating appetite, helping them sleep, relieving anxiety and depression, and helping them to relax. Nearly every patient that did not have access to medical marijuana where they lived said they would be interested in trying cannabis if it was available legally.

Very prominent people in society with ALS have also admitted to using Marijuana and having relief. Cathy Jordan has been living with ALS for 28 years and is proud to attribute this longevity to using cannabis oil. Bob Strider has been living with ALS for 17 years and believes that cannabis extract can reverse symptoms of the disease. Stephen Hawking has also been living with this disease for over 50 years now, although his case is unique. The normal life expectancy for someone with ALS is 3-5 years on average, but more and more people relying on cannabis are seeing a huge increase in that time line.

How Does Cannabis Help ALS?

So far, in lab testing, the clinical human trials have resulted in many positive effects that have slowed or alleviated some of the symptoms of ALS. Due to the progressive nature of the disease and regulations for using THC in clinical trials, there has not been enough research done to say definitively that cannabis or THC can cure or reverse the disease; however, in animal studies, when THC was given just before or after ALS symptoms began, the animals had a much slower onset of motor function impairment and outlived their normal life expectancy.

This testing has shown that THC may be the only known natural, non-toxic treatment option that can delay the progression of ALS significantly. Combing these facts with the improvement in appetite, muscle relaxation, decreased anxiety and depression, it seems that medical marijuana, or cannabis, may be the most effective treatment plan for those with ALS. The disease is on the approved list of conditions to be able to obtain medical marijuana.

There are over 100 cannabinoids in marijuana, but science has only examined a few of them. The two that are most commonly referred to in the medical field are THC and CBD. Both cannabinoids are essential in managing Lou Gehrig’s Disease/ALS. THC is what gives people the “high” feeling. This cannabinoid also has anti-inflammatory properties and can help with pain management. CBD, cannabinol, reduces the negative, psychoactive effects of THC, and helps with pain, brain growth and development, acts as an anti-convulsion and muscle relaxer. CBD is also a more powerful antioxidant than both Vitamins C and E.

The finding of a study done by The Federation of American Society for Experimental Biology, were recently published and conclude that in their test subjects of mice, whether using natural or synthetic cannabinoid, the results were the same. The disease was prevented from appearing for an additional 90 days, the appearance of symptoms was delayed, and their life span was extended by 2 months. This equates to three years in human equivalency.