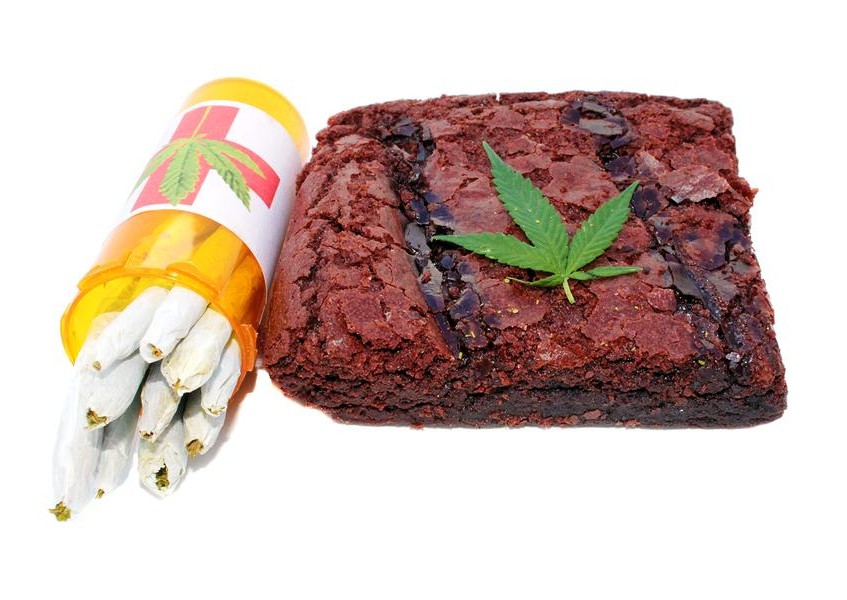 Candy, cupcakes, and chocolate cannabis edibles, yum! What could go wrong? Eating is better than smoking, no? When it comes to using cannabis, ingestion takes a different metabolic route than inhalation. So, just how do the effects of eating cannabis differ from smoking it?

Smoking marijuana has been a cultural tradition for centuries. Smoke has long been part of rituals and ceremony as incense, burning wood, or herbal fragrance. Its lift to the sky has evoked and invoked thoughts of spiritual contacts.

But, many smoke without the spiritual context:

Most people smoke weed because they just like turning on. It’s a personal party and a chance to let go.

When you inhale marijuana smoke, the bloodstream quickly absorbs the key component THC (tetrahydrocannabinol) through the lungs. It dilates the blood vessels and increases the blood pressure as it races to the brain. The body naturally harbors endogenous cannabinoids and cannabinoid receptors.

When those systems are in balance, the person feels stable and comfortable physically and psychologically. These elements exist in the brain, connective tissues, glands, immune cells, and organs.

Both are found where physical systems intersect. It’s at this bridge where you see the connection between brain and body, where the impact on one system disrupts the balance of the other. With both body and brain always seeking balance, they welcome agents that will restore the imbalance when body and brain are under the stress of pain, disease, or distress.

THC restores that balance by prompting the human systems to generate more endocannabinoids. It’s that restoration that users perceive as bliss and high. For smokers, that effect hits early and lasts up to hours depending on the potency of the cannabis strain.

Many people are opposed to smoking in general as a risk to the lungs and as generally socially unacceptable. Others with certain medical conditions or those under medical care cannot smoke.

But, ingested cannabis works differently on the body and brain, and misuse threatens some problems.

When users ingest cannabis in the form of bake goods or hard candies, the experience of a high takes longer to click in. It may take some two hours for the THC to release into the bloodstream because of the digestive process that begins when the THC reaches the stomach.

THC is not water-soluble, so it metabolizes in the liver where only less than 20 percent of the cannabinoids released reach the bloodstream. So, the high induced comes on later and last longer than with smoking.

And, that presents the risk that users will misread the process and resort to heavier and more frequent doses in their consumption. The basic difficulty in measuring dosage and calculating results makes setting standards and safeguards difficult. Even if the state regulates content, the needs and reactions will vary from user to user.

The future of edibles

Chances are that the medical marijuana market alone – for baked goods, candies, lozenges, oils, powders, and tinctures - will create a demand for standardized ingredients, calculated dosage, and informative labels. That will not do away with homegrown and homemade edible products, but it will serve a market that seeks to consume cannabis responsibly.

Chances are that the market will invite an industry of cookbook writers, gastronomes, and commercial cooks. The size and diversity of the market will drive new food branding, processing, and packaging. And, manufacturers and distributors will launch B2B and B2C campaigns.

And Chances are that the canneconomy will imitate the growth, expansion, and success of other industrial sectors. The irony is that it may become the sort of institution against which the original tokers thought to rebel.