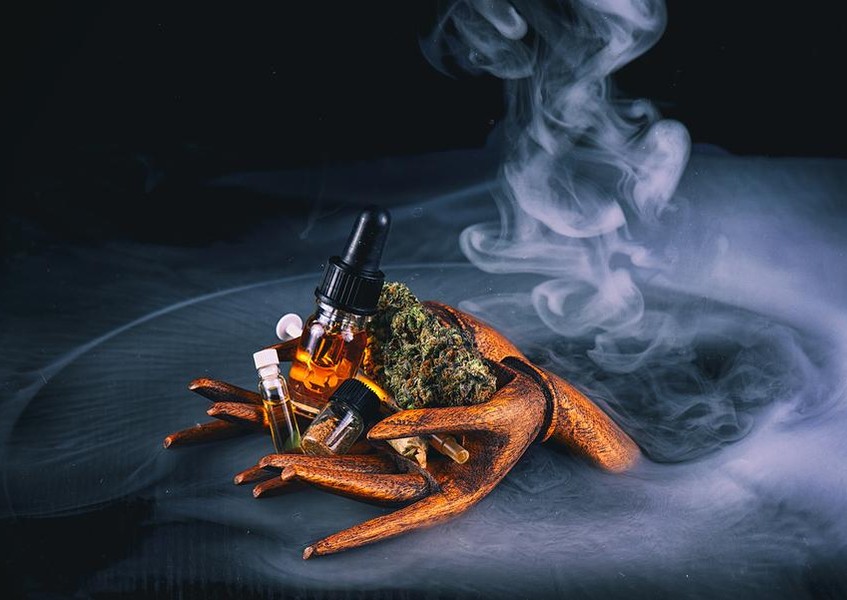 Here’s the scenario. The world goes forward with its pursuit of medical applications for cannabis and cannabis-derived products. The U.S. lags, but international interests lose interest in the “American problem.” Israel, Britain, and Germany lead in medical cannabis applications and distribution systems, and introduce working remedies available inside and outside the established medical system.

This is not science fiction. The momentum is underway and should radically alter widespread medical cannabis acceptance and, thereby, change 21st-century healthcare.

Israel leads academic and laboratory studies in the chemistry of cannabis and its biological and neurological influences. The research is sincere and authentic and, while it may have financial support from both tobacco interests and cannabis advocacy, the focus is on the science and not product development or persuasion.

As reported on BBC, Britain’s Oxford University has committed £10 million to establish a research institute for marijuana studies, and GW Pharmaceuticals remains the most respected manufacturer of cannabis medications like Sativex®, an oromucosal spray for treatment of spasms in MS victims. GW stands to continue its development of cannabis-based pharmaceuticals which is different than using cannabis products to allay symptoms based on anecdotal word-of-mouth.

Germany’s University of Bonn and other labs have reported successful work with cannabis treatment of dementia and THC effects on ageing. All this research is focused on optimizing the natural benefits of CBD and THC to treat causes and symptoms of diseases and conditions that afflict millions.

Millions are attracted to the natural palliative powers of cannabis. Their individua experiences add numbers to the anecdotal evidence that cannabis works. Those benefiting from medical marijuana often lead the advocacy of liberalized laws.

In any case, medical cannabis stands to be the gateway to necessary changes in public policy to enable the democratization of cannabis. Because the medical needs span social and economic class, the multiple motives energize and expand the market for cannabis cures.

That same advocacy is attracting support of doctors, institutions, and insurance providers. Medical professionals are willing to listen to anything that does no harm in treatment of difficult to manage systems. Institutions see the economic advantage in research and ownership of research results. And, cost savings in treatment and care will interest health insurance companies.

It can be administered as an exit drug to those addicted to alcohol, cigarettes, and opioids. And, it can now reduce doctor visits – and the consequent costs – by reducing symptoms or their intensity.

Bur, perhaps the biggest breakthrough will come from research going on into the antibiotic powers of cannabis. The thesourcecenv.com reports on work by Professor Simon Gibbons, head of the Department of Pharmaceutical and Biological Chemistry at the University College London School of Pharmacy and Professor Giovanni Appendino from Italy’s Piemonte Orientale University on the ability of cannabinoids to fight MRSA, the life-threatening virus that infects hospitals. Think of the savings in human suffering, mortality and morbidity, and cost.

Medical practice is generally moving towards holistic care. The best practitioners admit they don’t have all the answers, but they are seeing much success in combined therapies involving prescription meds with physical, mental, and emotional therapies. They are more open than ever to see the benefit of including cannabis care in overall treatment of causes, symptoms, and maintenance.

As Potguide.com says, “When it comes to holistic healing, practitioners draw upon the wisdom of many modalities such as nutrition, fitness, chiropractic care, acupuncture, yoga, mental healthcare, and medical cannabis. By definition, the focus of holistic healing is to address the root of the problem instead of attempting to quell the symptoms.” The cost and administration of cannabis care, comparatively low cost and easy, means lower patient care and insurance costs. For example, if cannabis consumption clearly helps terminal patients with pain, appetite, and nausea, it seems unconscionable to forbid such integrative care.

President Donald Trump, U.S. Attorney General Jess Sessions, and several passionate conservative legislators are committed to holding cannabis care from the market. But, all things legislative has an end date, so if they listen to their constituents, they should turn around in time.

But, the December 7, 2016 21st-Century Cures Act now in place promises an enlightened and caring approach to future problems. Jason Napadano, writing for Cannabis Business Executive points out the Act requires the FDA “to make decisions based on the use of ‘real world evidence’ for approval of new indications for FDA-approved drugs. The use of observational studies, patient input, anecdotal data, and other retrospective research greatly reduces the cost and time to market compared to conducting large randomized clinical trials. This should increase the odds of success as the FDA may focus less on objective measures and prohibitively expensive placebo-controlled randomized clinical trials.”

That offers a gateway to use and additional research on cannabis applications for healthcare. For instance, Greensheet.com refers to “mounting evidence to support the notion that cannabis can actually help fight cancer, as well as treat a myriad of other conditions like narcolepsy and eating disorders.”

It’s only fair to acknowledge that the democratization of cannabis will lead to some negative results. Smoking marijuana may be preferable to smoking tobacco, but smoking anything can lead to respiratory problems.

As its use expands, we may expect some consequent increase in pre- and neonatal care and in driving incidents. Until the research is permitted and enabled, it is hard to predict negative health effects related to usage patterns, individual strains, and/or consumption habits.

The widespread acceptance of medical cannabis can only change the 21st-Century healthcare in revolutionary, cost-effective, and curative ways. Less than 25 years into this century, we can measure the change in attitudes and application since 2000 and, then, extrapolate on that trend in common sense awareness and approach to universal healthcare.