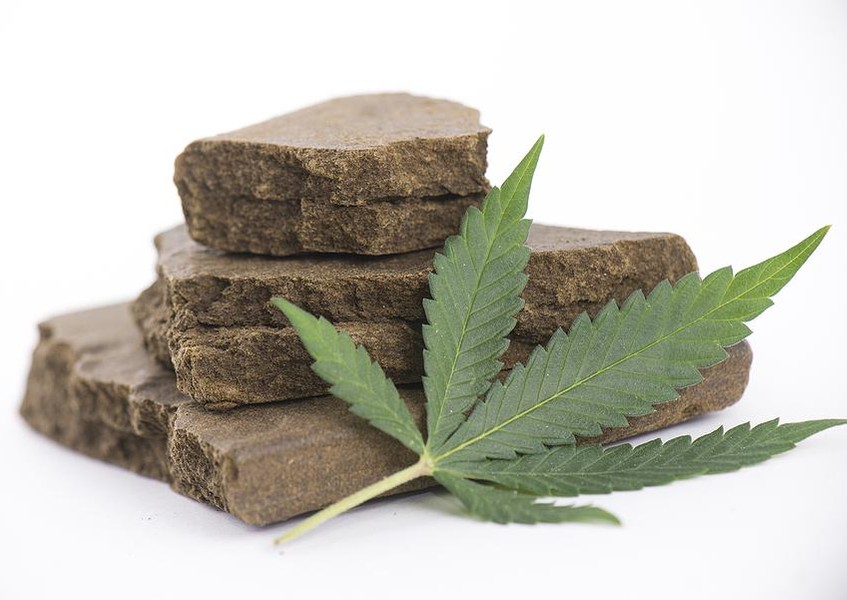 Hash has been used for one reason or another since before the history we know. However, it shows up in Arab records from modern-day Iran, Iraq, Afghanistan, and Mongolia. Those references reveal Arab leaders were wrestling with its value or vice. Modern Hash is very potent, so users should know what Hash is and how to smoke it.

The earliest uses include incense for formal or informal religious or meditative rituals. Somewhere along its timeline, Hash (short for "Hashish" and Arabic for "dried herb") became known for its potential hallucinogenic effects. It spread with movements by Mongol tribes and trade routes pioneered by Alexander the Great.

By modern times, users could find Hash throughout the world. However, the Hash we know today comes from use in 20th-century wars and throughout counter-culture movements spawned by those wars, including the hippies protesting and evading the Viet Name Conflict.

Smoked or eaten, Hash contains 10% to 15% THC (∆9-tetrahydrocannabinol), making it more potent than the average marijuana product. Hash results from a process that uses water to dissolve and wash away the woody, fibrous parts of the cannabis to reduce the resin-bearing trichomes. Others press the cannabis debris into hard blocks under high pressure. People smoke it, break it up into recipes, or eat it raw.

How to smoke Hash?

Hash comes in several forms, but veteran users tend to prefer the brick. It comes in segmented bars, looking at first like chocolate or brownies. Depending on the moisture content, the bars break apart crisply. You may want a piece the size of one Hershey bar square or a segment that combines several smaller squares.

How you use it depends on your experience, and virgin consumers should think twice about starting with Hash because of the potency. Here are four popular ways to smoke Hash.

The original Hash consumers probably started by stuffing it into pipes. Considering that it originated in the Arab world, the locals probably used a hookah. Users like it because it is easy to do, requires little equipment, and delivers a powerful experience.

It would help if you treated a spoonful of Hash with a flame until it is crumbly. The flame bakes some of the remaining fluid away and ready to pack lightly into your pipe. Applying a lighter to the top of the pipe bowl, you inhale the smoke, hold it, and exhale. This requires you to relight the crumble as your first hit wanes.

Using a Hookah evokes images of Morocco, where natives have used Hashish for centuries. The multiple hoses extending from the Hookah allows several users to inhale the smoke from Hash balls added under burning charcoal on the top. The water has the added advantage of purifying the smoke.

If you know how to roll a joint, you can add Hash to your herb or tobacco. It will add a kick to your cigarette or power to your spliff. Given the potency of Hash, you need some experience with this or help from others.

You can manipulate Hash like clay, so users have rolled it into the shape of a joint to smoke as is.

You cannot put Hash into a typical vape pen. You will need some practice with a dry herb vaporizer and its temperature settings. However, it works well in a table-top or volcano vaporizer.

One advantage to vaping is its safety, but Hash will leave a residue behind, handicapping the flavor. The Hash's texture depends on the age and moisture content, but the moisture content will influence how you set up the volcano. Veteran users recommend mixing the Hash with dry herb and operating the volcano as usual.

Dabbing Hash is another option with all the equipment, safety, and convenience difficulties of dabbing. You heat the dab nail with a torch, cover it with the glass dome, and apply it to the heated nail. Then, you inhale the smoke from the dome.

Others improvise by heating two butter knives or similar tools. Pressing Hash between the red-hot blades, you use a straw to inhale the rising smoke. This takes some lessons – and some desperation – to get it right. There is too much that can go wrong with flame and heat at these temperatures.

Is Hash worth it?

Hash is an unadulterated by-product of cannabis. There are no additives or toxic solvents used. The result reduces the cannabis strain and all its chemistry to a moldable state that you can chew on, add to recipes, or smoke in alternative ways.

Because it carries the strain's properties and all other components have been washed away, Hash remains one of the most potent forms of cannabis. Given its makeup, users have a lot of control over its use and effects. However, usage must be cultivated and informed lest the users risk harm to themselves.

Many users prepare their Hash to ensure its power and purity. If you prefer to buy yours at a recreational cannabis dispensary, you must read the label and confirm its third-party testing. While purveyors have been known to spike the Hash with opium or other narcotics in legendary "opium dens," a trusted dispensary offers more protection than a black-market dealer. Nonetheless, you want the confidence that your purchase is what you want and nothing more.