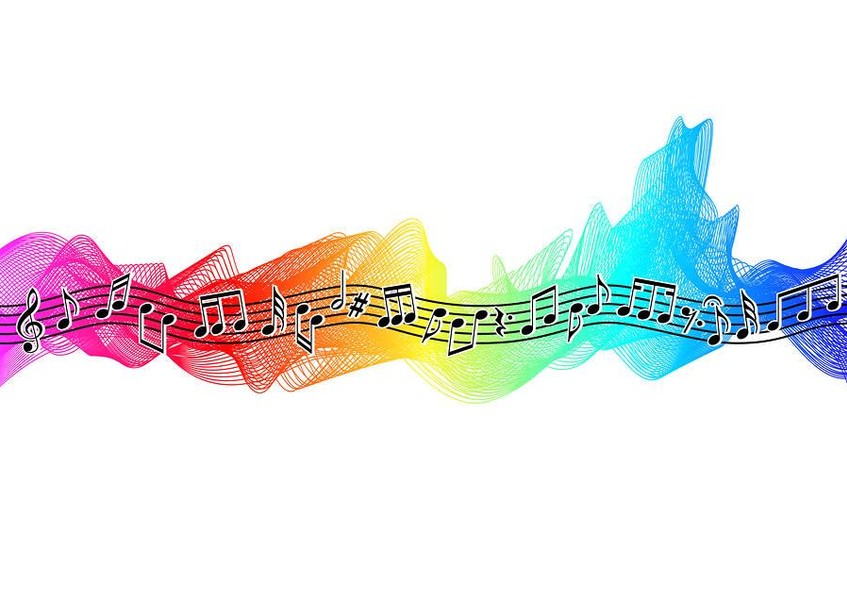 Select the right cannabis strain, and your high will be intensely relaxing and/or alertly focused. Some smokers laugh, some talk, and some game to their heart’s content. But, music will sound better when you’re on a cannabis high.

If researchers are left with experimenting on lab mice and rats, you won’t find much to scientific support for the claim that music sounds better when you’re high on cannabis. On the other hand, there’s generations of anecdotal evidence that makes it worth the try.

Our cultural history has long associated smoking pot with musicians. The used it, carried it, and introduced it around the country on their travels. Jokes about their fondness for weed are common comedy conversation. But, there is more to it than its cultural popularity.

Music is a function of time. Pulses are counted, multiplied, and scored. The Encyclopedia Britannica defines “rhythm” as “the placement of sounds in time.”  Musical history indicates that the brain prefers organized pulses expressed in mathematical terms like “three-quarters time” although the counts vary from culture to culture.

Chords and scales are mathematical concepts, and melody is understood as a linear series of tones perceived and remembered as one unit. It is a form of physics in its performance and in its reception.

Music is a singular sensation on its own. It soothes and moves, engages and invites, teaches and shares. It is a universal language that “soothes the savage beast.”

Music is philosophical and physical. As explained in the Stanford Encyclopedia of Philosophy, “At the base of the musical experience seem to be (i) the experience of tones, as opposed to mere pitched sounds, where a tone is heard as being in “musical space”, that is, as bearing relations to other tones such as being higher or lower, or of the same kind (at the octave), and (ii) the experience of movement, as when we hear a melody as wandering far afield and then coming to rest where it began. So, if cannabis affects the reception, it will change the experience.

Classical music has a discipline, so well ordered it can be transcribed and transmitted in writing, on airwaves, and in digital form. It has sequence which, in turn, holds spaces between the elements. The mind’s ear may not differentiate those separate elements as received, but they are distinct.

Contemporary music genres like hip-hop enunciate the pulses with a clarity that leaves spaces noticeable in between. However, jazz is more relevant in that musicians play with and among the spaces between linear elements. For example, they will intersperse notes between established notes in a well-known harmony to communicate something old and something new through improvisation.

Cannabis will reduce psychological, emotional, and physical stress. That opens the mind and body to the music’s complex sensory experience. With less stress in the way, distractions disappear allowing for a fuller enjoyment of all he dimensions.

The music doesn’t actually get better, but you experience it differently. You can appreciate the elements and lyrics more fully. If you think about your experience at a music festival, you appreciate how much deeper you connect with the music once you’re appreciably high.

Cannabis is known to affect the occipital, temporal, and parietal lobes of the brain. Blood flows and neuroreceptors react. With regards to music, memory and hearing preoccupy the temporal lobes and the parietal lobes interpret and integrate sensation.

It’s the THC that triggers the brain’s pleasure centers, that spot where all the sensory perceptions are pulled together. By pushing aside short-term memory, the THC enhances your presence in the moment.

Scientific American notes that researchers continue to debate the value of the so-called “entourage effect” attached to THC or CBD. The claim is that, while single cannabis elements may not be effective in treatment of specific medical applications, they can effect change working in combination.

It follows that different strains would position you to hear and appreciate music differently than usual and differently from other users.

The brain constantly filters stimuli for relevance and priority. But, cannabis suppresses the process as it relaxes the systems. Since you are not rejecting stimuli when you’re high, you open yourself to a fuller spectrum of sight and sound, often seeing sound in color.

By screening the chatter and white noise, the brain under cannabis influence welcomes richer sounds which you process, value, and remember deeply.

Music makes your dopamine flow, so does the cannabis. Cannabinoids match with endocannabinoid receptors. The connection sends signals to through the endocannabinoid system including the hippocampus the source of memory functions.

Cannabis increases the flow of dopamine the fuel for the brain’s reward system. Finding the strain with the most suitable balance of THC and CBD is a trial and error experience. But, you will find your comfort level before long.

Listening to music is better when you’re high on cannabis. It’s a different experience than trying to listen to music while you are drunk. When you have hit the right note of cannabis strain and music choice, you’ll find reason to try it again.

When you understand the experience and its workings, you can better understand the music writing process. Music composers and song writers have often worked under the influence of cannabis. And, their work reflects the same virtues as the listening experience.

The sound is more improvisational, richer in tone, and more meaningful in lyrics. If there is a negative, it follows from the weakened short-term memory. If the writers don’t transcribe their work quickly, it may disappear.