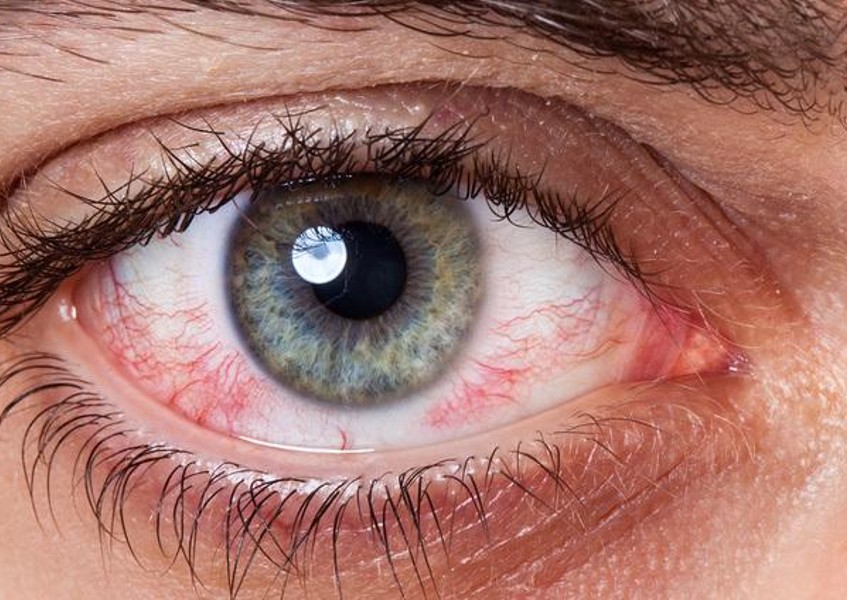 Tattle-tale eyes! Marijuana users often wind up with red eyes. It’s a common side-effect of many strains, and some smokers have more trouble with red eyes than others. It shouldn’t frighten you, and it doesn’t signal bigger problems. But, you may wonder why smoking cannabis gives you red eyes and what you can do to prevent it.

Reddened eyes are not the result of bulging and wildly rotating eyes during a high. They come from the same process that has long helped medical patients treating glaucoma.

THC (tetrahydrocannabinol)is the cannabinoid that reduces blood pressure, dilating the blood vessels, and increasing blood circulation. That relief in blood pressure also reduces the pressure on the optic nerve causing the damage that diagnoses as glaucoma.

But, when those blood vessels expand, they appear against the white of the eye as irritation.  The American Academy of Ophthalmology is quick to point out that interocular pressure is not the only cause of glaucoma and that relief from systems may require frequent use of cannabis.

Their caution only re-iterates the mechanism described here. That is, THC dilates the blood vessels which reddens the eyes. According to EyeDoctorGuide, “It can also impact the dilation of the pupils, making them slightly more dilated than usual.”

It’s also true that, as with cigarette smokers, some user’s eyes are more susceptible to irritation. Smoke can irritate anyone’s eyes in a poorly ventilated space. And, some people are allergic to cannabis. It’s a flowering herb, after all, and some find the pollen a problem. In the case of cannabis allergy, you are likely to have dry lips, hives, itching rash, nasal congestion, runny nose, and swelling

Absent a simple or single cause for red eyes, you might look at other factors, the kind that accumulate and only reveal themselves as some physical ailment:

What to do about it?

In the greatest number of incidents, there is nothing to worry about. A simple application of over-the-counter eye drops will usually do the trick.

But, chemical eye drops can irritate if used too frequently, so you might add artificial tears to your medicine cabinet.

Some long-time smokers recommend using Rohto Cool and Rohto Cool Max drops. They are a little pricey, and they will sting when you administer them. But, reviewers claim they are crystal-clear effective. Urban Dictionary calls them “God’s true gift to stoners.”

You might also try ointments for administration before bed, such as Systane Nighttime Lubricant Eye Ointment®. Such products protect against irritation from dry eyes.

If you’re a heavy user and still have low tolerance, you may have to get along with red eyes, but if you are just the occasional user, some rest and sunglasses will let the effects subside over the three or four hours it takes for the blood pressure to come down.

Other natural remedies can be found around most houses:

Red eyes might discourage cannabis users for many reasons. But, before you give up, try not to overthink the problem. Red eyes are common and generally harmless. You can explore different strains and compare the effects with hope that you will find one for which you have tolerance.

External smoke will aggravate the internal vascular, so be sure to opt for well-ventilated venues. If you wear contact lenses, you want to take extra care to clean them before and after smoking. But, if your problem stems from genetics or allergies, you should expect the redness after any form of cannabis consumption: edibles, vaping, bong, and so on.

Of course, you can reduce your cannabis use, but as you do so, your tolerance level changes, too. If the redness is a burdensome issue because of your job or social situation, you will likely find a curative solution among the known remedies after some trial and error run.