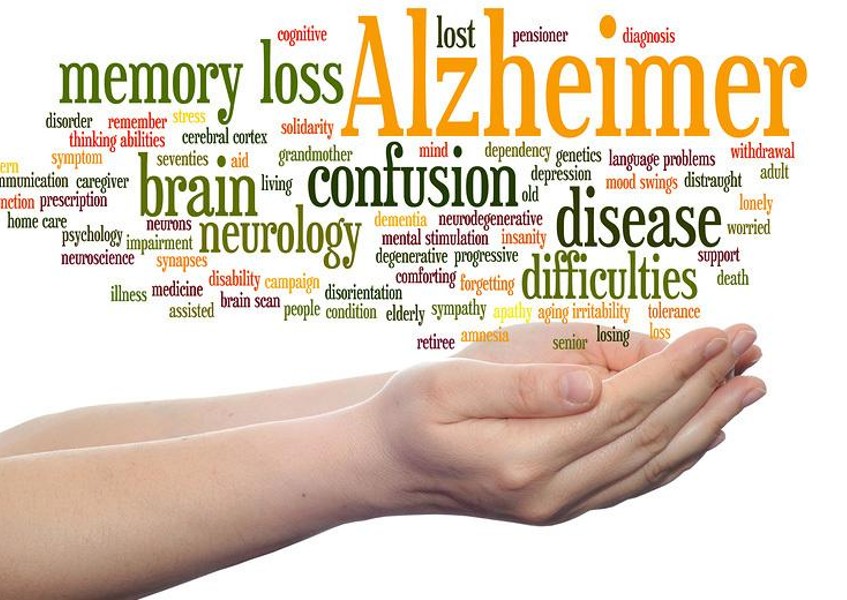 Dr. Aloysius Alzheimer, a Bavarian neuro-pathologist, identified a form of dementia distinct from senility (circa 1906).

He identified plaques that disrupt the metabolism that supports nerve cells. The cells stop communicating and die (National Institute on Ageing). Pathologists, then, find the brains of such victims positive for the buildup of two plaques: amyloid plaques and neurofibrillary tangles.

No one is positioned to label these plaques as causes or by-products of Alzheimer’s Disease. But, everyone agrees they are certainly markers.

Jump to the 1960s when Dr. Raphael Mechoulam of Israel’s Hebrew University synthesized tetrahydrocannabinol (THC) and determined the structure of cannabidiol (CBD). As shown in the documentary, The Scientist, Professor Mechoulam’s team “found that the human brain produces its very own Cannabis – a chemical that they named anandamide after the Sanskrit word ananda, ‘bliss’.”

He inferred that, if “THC interacts with the largest receptor system in the human body, the endocannabinoid system (ECS),” its use can correct or adjust failures or dysfunction in connections with those receptors.

A 2014 study in the Journal of Alzheimer’s Disease concludes, “These sets of data strongly suggest that THC could be a potential therapeutic treatment option for Alzheimer's disease through multiple functions and pathways.” A pre-clinical study, it found that doses of THC would “slow the production of beta-amyloid proteins.”

A 2016 announcement from the Salk Institute reported on similar results in research led by Professor David Schubert, Professor of Salk’s Cellular Neurobiology Lab. A non-clinical study, it confirms “evidence that tetrahydrocannabinol (THC) and other compounds found in marijuana can promote the cellular removal of amyloid beta, a toxic protein associated with Alzheimer’s disease.”

Testing indicates there is some advantage in the THC/CBD ration favoring THC in strains such as these five strains and more:

Skunk Haze (Mr. Nice Seeds) relieves pain but leaves users energetic and focused. Its cerebral effects are invigorating and strong. Taste is full-flavored in this Sativa dominant progeny of Skunk and Haze parents making it high THC and low CBD

Kerala Krush Regular (Flying Dutchman) is another potent Sativa/Indica hybrid (85/15). It grows fast and fruitful. Its 18-22% THC produces a sharp, clear, relaxing, and cerebral high. Users claim a meditative feeling, a sense of purpose and meaningfulness.

Dutch Dragon Regular (Paradise Seeds) is hugely Sativa (75%/25%) with a potent high. Tasting like tangerines, it grows tall quickly and reliably in warmer climates. It produces a giggly euphoric high. With THC pushing 18%, Dutch Dragon has always been a best seller.

Mexican Sativa Regular (Sensi Seeds) is another Sativa/Indica (70%/30%) hybrid. This fast flowering native of Oaxaca, it has been infused with African Durban and Hash strains. It smells of anise and sandalwood, and delivers its 18% THC and 1.3% CBD high.

Crispy Kraken (Dixie Medical) is a crispy rice in milk chocolate bar. Smooth and delicious, it is THC-infused and easily bitten into any time of day.

Peach Tarts (EdiPure) are colorful gummies infused with 10 mg THC in each piece. Sweet, sour, and peachy under their sugar coating, the taste masks the cannabis.

Green House Daily assets, “THC is a natural and safe amyloid inhibitor, unlike prescription medication that is often prescribed to patients.” This is a reasonable summary of the pre-clinical studies reported to date.

But, that’s a long way from saying that cannabis is a cure for Alzheimer’s, a means to reverse it, or to stop it in its tracks. Considering the U.S. data on Alzheimer’s Disease provided by ALZ.org, any promising research is welcome:

U.S. research remains hamstrung by FDA rules currently allowing research only at University of Mississippi. Successful research pretty has been limited everywhere to in vitro testing and in vivo testing limited to small animals, discovery of effects on human participants still waits.

Research as it is shows “THC blocks an enzyme called acetylcholinesterase, which speeds the formation of amyloid plaque in the brains of people with Alzheimer's disease” (WebMd). The Scripps Research Institute (2006) research even found that THC is “a considerably superior inhibitor of [amyloid plaque] aggregation" to several currently approved drugs for treating the disease.” Specifically, Aricept proved only 22% as effective, and Cognex only 7% as effective.

You can, then, conclude that cannabis with high THC content has proven to reduce and degenerate beta-amyloid plaque. Unfortunately, that is still far from a cure or reversal. Additional research is needed, of course.

There is not comparable research history on neurofibrillary tangles. The focus on plaques has left little consideration of other bio-chemical, vascular, or dietary relationships.

But, given the confidence that cannabis does target known hallmarks and relieve reported symptoms, it justifies additional research to identify the specific strains best matched to the problem.