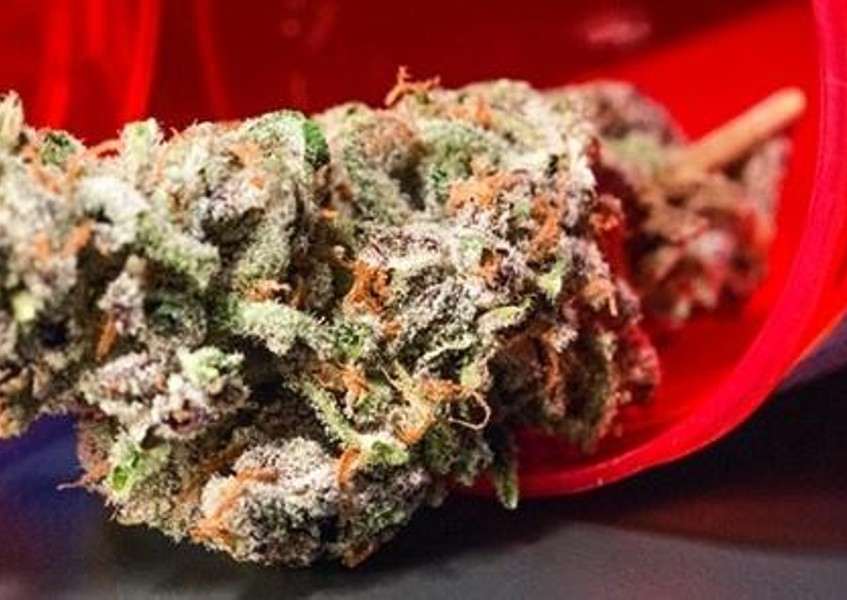 We’ve made note of it before, but it’s worth reinforcing: Medical marijuana doesn’t come in a one-size-fits-all package. There are different varieties, and in particular, there are different strains of it. MMJ patients are encouraged not only to know the differences between these strains, but also to be aware of how they are individually affected by different MMJ varieties.
If you wanted to break MMJ down into its broadest categories, there are really three varieties of note: Sativa, Indica, and Ruderalis. This third one, Ruderalis, is a type of cannabis that grows wild in Russia and certain Eastern European countries, but it’s not really something you’ll find in the States—so for the purposes of this article, we’re going to forget it. Also crucial to note is that there are hybrid strains that merge some of the properties of Indica and Sativa—but more on that in a moment.

Two Varieties, at a Glance
When you go down to the dispensary and check out the menu, you’re mostly going to be dealing with the Sativa and Indica strains—so it’s smart to get hip to what these two different kinds of MMJ have to offer. We’ll look at each of them in some detail, but if you’re just looking for an overview, here are the fast facts:
Sativa

About Cannabis Sativa
With those broader comments made, we might turn our attention toward some more detailed analyses. We’ll start with Sativa varieties, which are known to produce uplifting highs. These aren’t the strains that make you feel mellow; rather, Sativas are usually uplifting and stimulating. If you’ve ever gotten a high that’s sent you into uncontrollable laughing fits, that was probably from a Sativa; the same with those weird, freewheeling, in-depth-conversation highs. The effects of Sativa are at once uplifting and mind-altering, which makes them particularly popular among artists and creative types. This is also the category of MMJ that’s most frequently called upon for treating mental and behavioral problems, ranging from depression to stress to ADHD.

About Cannabis Indica
You could almost think of Indica as existing at the opposite end of the spectrum—which may be reductive, but isn’t entirely off point. Whereas Sativas can make you feel stimulated, active, and hopped-up, Indicas tend to have more of a relaxing feel on the body. If you’ve ever had a high that made you want to curl up on the couch for relaxation—or if you’ve ever effectively used marijuana to fall asleep at night—then it was likely Indica that you were dealing with. Indica has its own range of medical uses. It can be great for pain relief, as it has more of a narcotic, bodily effect than Sativa. It can help with sleeping disorders and with the relief of stress. It’s popular among patients who suffer from something like MS, fibromyalgia, lupus, or simple insomnia.

Understanding Hybrids
Those are the two main categories of MMJ to be aware of as you head to the dispensary—but what about hybrids? As you might guess, a hybrid combines some of the characteristics of Sativas and Indicas, sometimes but not always in equal measure. You will find Sativa-dominant hybrids, which offer a cerebral high but can also have a calming effect on the body. An Indica-dominant hybrid is going to be geared toward full-body pain relief, but not without a bit of a cerebral high. There are also 50/50 hybrids, for patients who really want to experience the benefits of both varieties.

What’s Right for You?
All of this begs the question: Which variety of cannabis plant is the most logical and the most helpful for treating your condition? Of course, that’s something you’ll ultimately have to decide for yourself, with input from your doctor and perhaps some guidance from folks at the dispensary. There is nothing at all wrong with trying different varieties and strains, and in fact we recommend it—but do so prudently, strategically. Do so while keeping a journal, recording your different experiences with the medication so that you can keep track of the day-to-day effects. Also note that you may want to use different strains on different days, depending on whether you need to be restful or you need to be alert. It may take a little time and effort to find the balance of medicine that’s right for you—but that’s not such a bad thing. The fact that there are so many options here, with such different effects on body and mind, is really a boon for any MMJ patient.