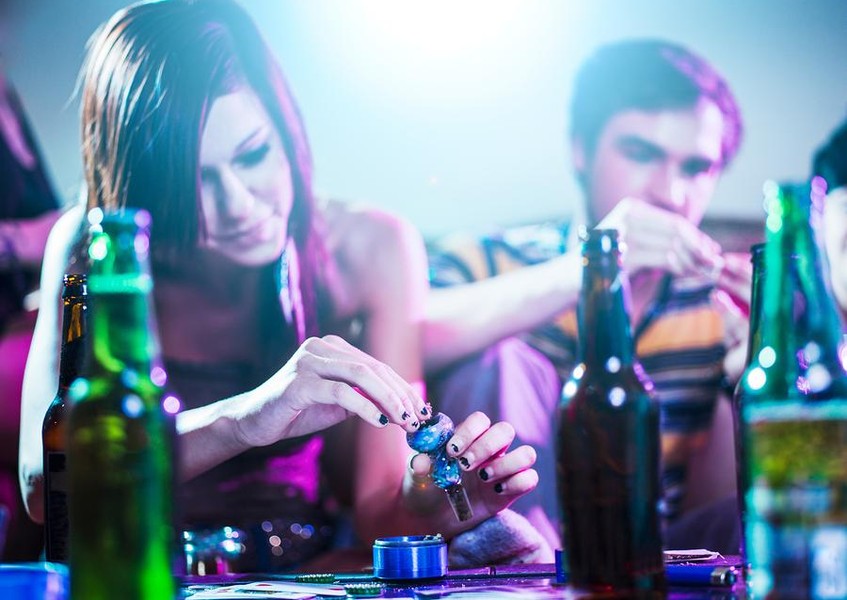 Big Weed will have its day. But, right now, Big Pharma and Big Alcohol do their best to keep cannabis in its place.

It takes a lot of numbers to make the case, but if you bear with the analysis, you should agree that Big Alcohol wants to kill marijuana legislations among the states.

Based on numbers through 2014, Park Street’s overview of alcohol markets shows the U.S. volume and trends.

In all analytic categories, presented for 2016 by CSIMarket.com, Big Alcohol is getting bigger in its industrial category as Consumer Non-Cyclical Goods:*

*Analytics for the quarters before and after the 4th quarter support these trends.

Among the largest slices of the U.S. economic pie, it continues to increase across a range of products. Only the growing trends to small labels conflicts with these positive numbers.

What are alcohol’s interests?

It's a broad and damning charge they go on to substantiate in global population markets. As Christopher Ingram pointed out in The Washington Post,

Ingram also quotes Duke’s Professor of Public Policy, Phillip Cook, Ph.D. who notes, “One consequence is that the heaviest drinkers are of greatly disproportionate importance to the sales and profitability of the alcoholic-beverage industry… If the top decile somehow could be induced to curb their consumption level to that of the next lower group (the ninth decile), then total ethanol sales would fall by 60 percent.”

The alcohol industry’s primary interest lies in aggressively protecting its position now and into the future.

What does the industry do?

All major candidates received contributions but the top five recipients were:

And, why do they spend this money?

In a report published in the Australasian Medical Journal, Laura Bond, Mike Daube, and Tanya Chikritzhs, released confidential documents from “Big Booze.” Those secrets parallel the efforts in the U.S.:

“Key areas of concern for the Miller Brewing Company, the Beer Institute, and more broadly, the alcohol industry include developments of legislative and regulatory controls such as tax increases, advertising restrictions and blood alcohol content lowering and public perceptions of harms relating to drunk driving, binge drinking and underage alcohol consumption. Strategies proposed by the Miller Brewing Company and the Beer Institute to combat these concerns include ally development and maintenance and the promotion of personal responsibility.”

The alcohol strategists worry about even the slightest negative trend or signal. They worry they will lose male drinkers to weed, that cannabis consumers will come out of the black market, and that substance abusers will cloud their attempt to keep their image clean.

The alcohol industry is huge and growing worldwide. But, it feels threatened. There is no evidence that marijuana has taken business away in the states where they have legalized or decriminalized cannabis.

In fact, the evidence suggests trends in the alcohol industry show movements toward small producers and new labels arguing that the larger brewers and distillers lose customers to changing tastes.

The record shows large amounts of money to influence legislation and the attention of legislators. And, their ostensible interest in protecting citizenry from the social evils of marijuana remains shallow and misdirected.

Finally, the alcohol industry is staking out a position where they model behavior and legislation on how the marijuana market should operate.