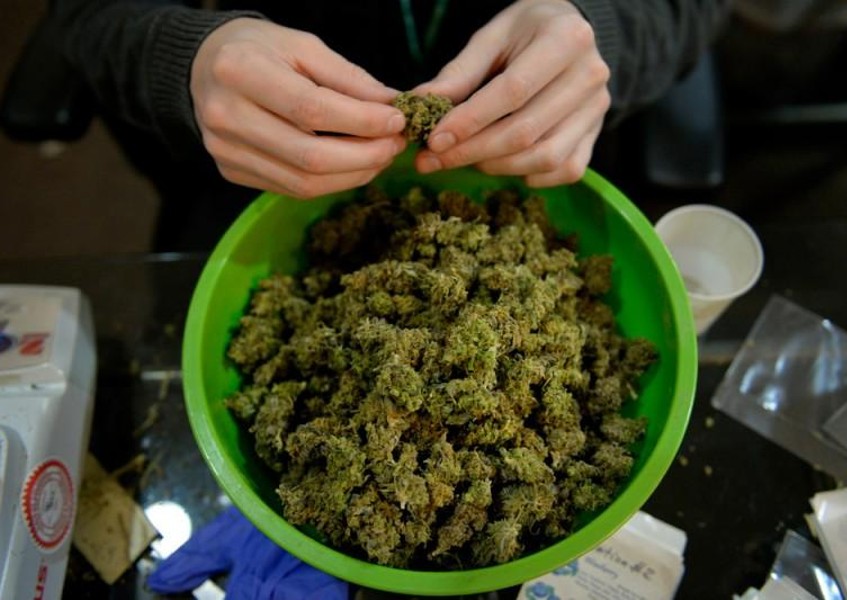 By Bob Salsberg, The Associated Press

BOSTON Voters who signed petitions backing a proposal to legalize Massachusetts recreational marijuana were misled, a lawyer argued before the states highest court Wednesday in a bid to block the measure from appearing on the November ballot.

The Supreme Judicial Court was asked to consider whether the state attorney general should have certified the citizen-led initiative, which would allow adults to possess up to one ounce of marijuana outside their homes and allow for commercial sales of the drug.

John Scheft, representing about 60 Massachusetts residents in the legal challenge, told the justices a summary of the proposed law failed to explain the potency of products that could become legal. He also said voters were never explicitly told high concentrations of THC, the psychoactive chemical in marijuana, could be added to cookies, candy and other food products sold in the state.

The things that are being sold and used are not the leafy green, natural grown substance called marijuana that voters are being misled to believe is involved in this law, Scheft said.

The summary was approved by Democratic Attorney General Maura Healey, who certified the accompanying ballot question as constitutional though she personally opposes the legalization of recreational marijuana.

Robert Toone, a lawyer for the state, faced sharp questioning from Associate Justice Robert Cordy after defending the more general description of marijuana products provided in the summary.

I have read your summary, Cordy said. I would have no idea that this authorized the infusion of hallucinogens into food and drink for sale at all. Do you think the voters would sort of like to know that?

Your honor, the summary clearly refers to marijuana and marijuana products, Toone answered.

Im supposed to know that means infusing a hallucinogen into food and drink? Cordy shot back. Really?

The courts chief justice, Ralph Gants, suggested that short of barring the question, the court might consider corrective language to the summary that appears on the ballot and in voter information booklets distributed by the secretary of state prior ...