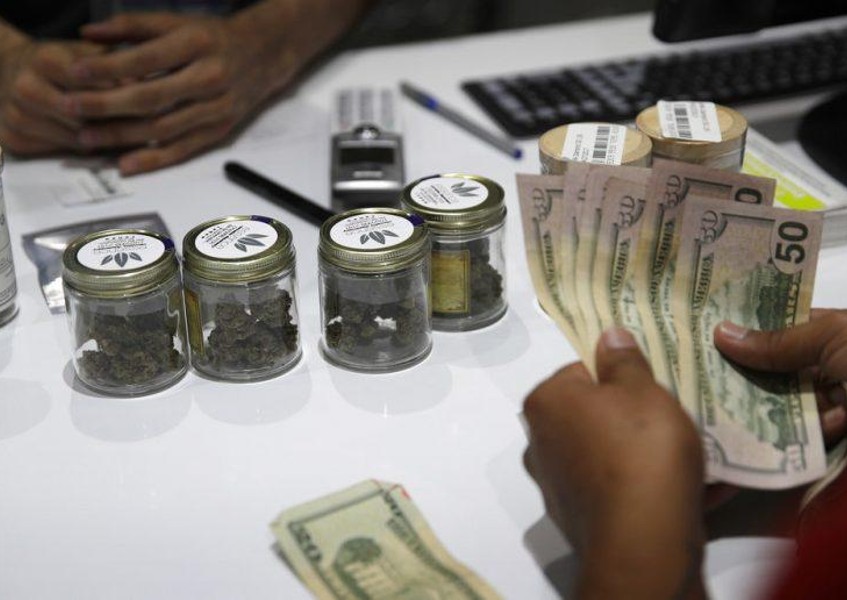 Cities and towns that avoided a ban on pot shops are now looking at ways to extract revenue from the burgeoning industry.

The city manager in Worcester which, when medicinal weed was legalized in 2012, signed letters of non-opposition with four dispensaries and a cultivator recently recommended the city council allow 15 pot shops that will pay the 3 percent local option tax and an additional separate 3 percent tax on their sales.

I dont know what the gross sales of these entities will be, but hopefully that 3 percent can be helpful, and a win for the city, said Jacob Sanders, coordinator of intergovernmental affairs for Worcester, which voted 55 percent in favor of legalizing weed.

More than 100 Bay State cities and towns have already imposed bans, moratoriums or zoning restrictions on commercial marijuana businesses. The state attorney general has ruled communities in which a majority of residents voted against legal weed can ban pot shops simply by adopting a bylaw, while towns where voters chose to legalize weed have to hold referendums to ban.

The pro-pot communities are awaiting guidance from the state Cannabis Control Commission on where the shops can be sited and how they can operate. Customers will pay a 17 percent tax to the state, and municipalities can tax them up to an extra 3 percent.

Milford voted Tuesday to ban commercial dispensaries, even after voters approved legalization on the statewide ballot question. But the fight is expected to spill over into town meeting on Oct. 30, when members can vote to modify or otherwise skirt the referendum.

Its not over, said Geri Eddins, spokeswoman for Milford CARES, which pushed for a ban. Now it has to go to town meeting, and I know for a fact that the proponents of the recreational marijuana are currently strategizing on how they can try to overturn this vote at town meeting.

But Boston, Plymouth and Franklin have jumped ahead to envisioning what legal weed sales will look like. Plymouth selectmen, who voted in April not to place a ban on the ballot, this week began discussing acceptable hours of operation and distance from schools for pot shops. Votes on new controls are expected at the Oct. 21 town meeting.

Weve had four or five people talk to us already ...