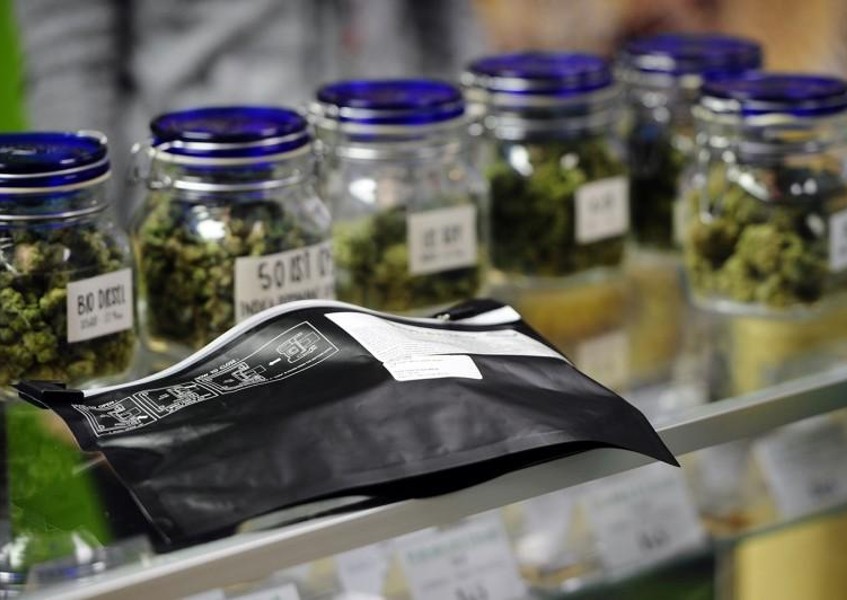 Halfway through 2016, Colorados employment growth is meeting expectations and the economy continues to outperform the nation: Employment is growing faster here, housing is hotter and incomes are higher, according to a report released Thursday by the University of Colorado Leeds School of Business.

And Colorados fledgling marijuana industry which, in the grand scheme of things, is just a tiny sliver of the economic pie chart is backfilling retail sales losses from the bankruptcy of a certain Englewood-based sporting goods retailer and bolstering otherwise sluggishmanufacturing segments, according to the Colorado Business Review report.

The legalization of marijuana is expected to continue to drive growth in retail sales and employment, but the impacts are in select areas where it has been legalized, the reports authors wrote. Marijuana sales have shown strong year-over-year growth since it was legalized, and will likely outweigh other activities in the (retail sales) sector, such as the bankruptcy of Sports Authority.

The fledglingcannabis industryalso was citedas a potential catalyst for a sudden rise in manufacturing jobs.

For more than a decade, employment growthin Colorados food manufacturing sector was stale, gaining an average of 0.1 percent a year from 2001 to 2013, said Patty Silverstein, president and chief economist at Development Research Partners in Jefferson County.

Recreational cannabis sales began in 2014. That year,we had a 3.5 percent increase in employment. In 2015, a 4.9 percent increase in food-manufacturing employment, she said. The data doesnt allow us to slice and dice to say, These are indeed edibles or not, but the recognition is this is where they would be classified.

Cannabidiol extraction would be classified under chemical manufacturing, she said.

Food and chemical manufacturing added 1,200 jobs between 2014 and 2015 and manufacturing as a wholeadded 6,100 jobs, she said. Manufacturing is up 1.8 percent through May, she said, noting that the sub-sectors employment figures for 2016 were not available.

Is it cavalier of me to say (manufacturing growth is directly correlated to the cannabis industry)? Absolutely, she said. I cannot prove or disprove it. But you look at who are the new entrants.

The Colorado Business Review and the latest labor data provide a window into the potential economic impacts of a brand new industry to the state, but the states economic growth still is centered on the output of sectors such asreal estate, government, professional and scientific ...