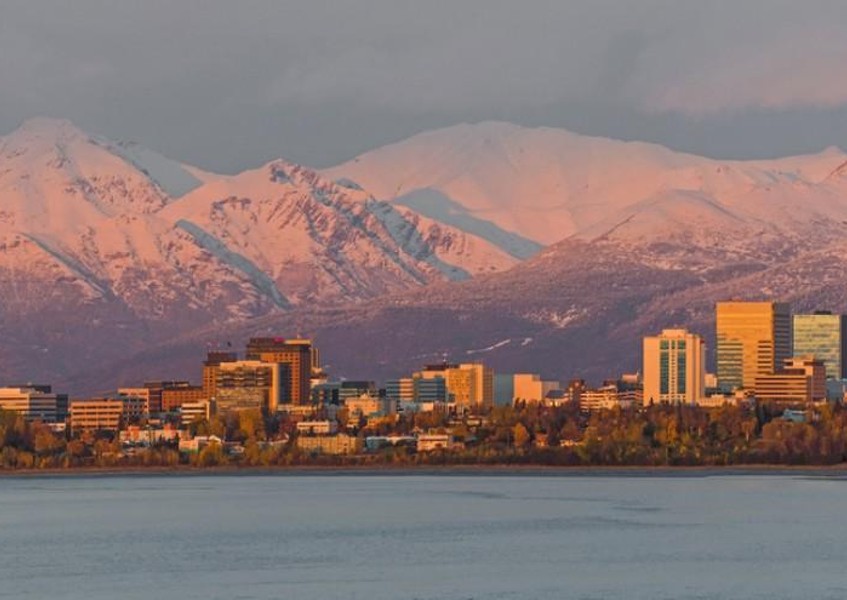 With legal cannabis sales underway in Alaska, growers will soon be submitting their first marijuana tax payments to the state.

For most businesses, that wouldnt be a problem: Theyd just cut a check. But some banks are leery about dealing with cannabisbusinesses since marijuana remains illegal at the federal level. And that means, at least initially, Alaskas legal cannabis businesses could have to make their tax payments to the state by dropping off or mailing bundles of cash.

How it will work

The Department of Revenue has set up a deposit safe in downtown Anchorage, Alaskas only in-person drop site for cash, in a state office where people pay child support and can sign up for Alaskas yearly oil wealth fund check. Businesses given a key to access the drop site will place tamper-resistant bags into a tray and close a cover. The bags will then drop into a drum and down a chute to a safe.

The state also is offering a by-mail option, where cannabis cultivators can send cash payments via registered mail and have them picked up and brought to the state by an armed carrier. They also can pay electronically or by wire transfer, said Brandon Spanos, deputy director of the Revenue Departments tax division.

Who pays the tax

Growers are required to pay taxes on sales and transfers of marijuana - $50 an ounce for buds and flowers and $15 an ounce for other parts of the plant.

Its 320 miles roundtrip from Leif Abels family growing operation in the tiny town of Kasilof to Anchorage. Abel, a co-owner of Greatland Ganja LLC, said the business already has to get product to retail customers around the state and take samples of its products to an Anchorage lab for testing.

So you can imagine that one more stop on the way is really not that big of a deal, said Abel, who is also on the board of the Alaska Marijuana Industry Association. He said he just has to make sure trips are as efficient as possible.

Alaskas first cannabis stores opened last month after the launch of the states first testing lab. This month will be the first month in which the state begins receiving marijuana tax revenue.

Its too early to say how much the marijuanatax might generate, Spanos said. Legislation passed earlier this year calls for half of marijuana revenue collected in Alaska to go into a fund that can be used for programs intended to curb recidivism. The rest would go to the state general fund and could be used for anything.

Other states with legal recreational pot also have special security measures in place for cash tax payments. In Oregon, revenue officials transformed a small space at their headquarters into a mini-fortress for dropping off, counting and transporting cash to the bank. To discourage continued use of cash amid security concerns and as banks and credit unions began working with businesses, Washington state earlier this year instituted a penalty for those choosing to pay in cash.

Taxes paid or owed in Washington since July ...