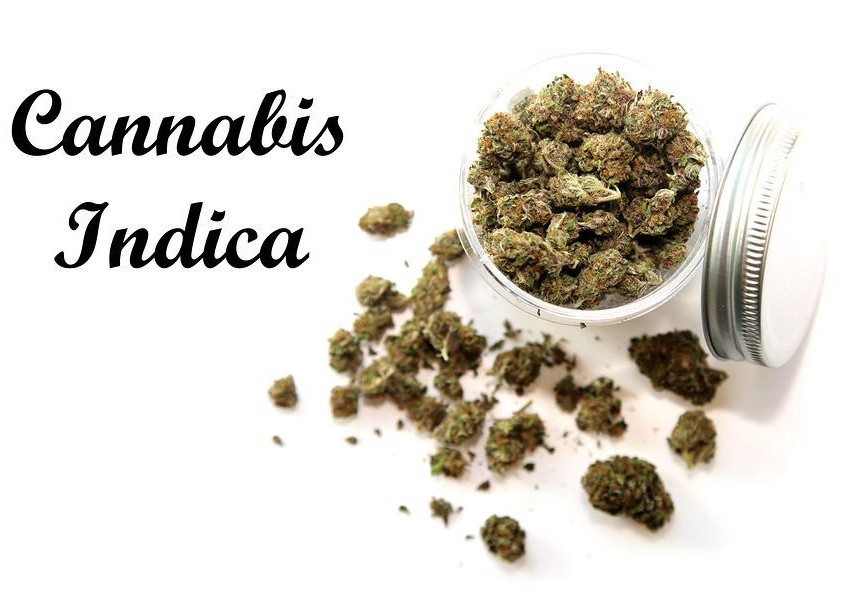 Chances are Indica strains have been favored for a long time before commercial pharmaceuticals pushed home and natural remedies to the back burner. The strongest Indica strains have powerful effects on anorexia, anxiety, chronic pain, insomnia and other sleep disorders, muscle spasms, and more.

1. God's Gift is a 90% Indica dominated strain with a solid 1% CBD to offset its reputed 27% THC. The THC more typically tests at over 18%, but Washington’s Buddy Farms claims its God’s Gift scores a record-breaking 41% grown organically indoors. It carries the grape flavor and aroma of Granddaddy Purple with a touch of citrus.

God’s Gift — also known as Barney or Grape God — won the 2015 Bio Cannabis Cup in Spain. If your dispensary carries God’s Gift, you had better check the labeled THC content. Only the most experienced users can handle a 41% experience. But if you can find it at 20% to 27%, the THC potency will hit fast and leave you giggling and silly. It won’t be long before that euphoria slips into a dreamy, hazy, painless sedation. You shouldn’t try this during the day unless you’re preparing for bed.

2. Strawberry Banana or Strawnana is a hybrid from Banana Kush and Bubble Gum with a 70: 30 Indica: sativa ratio. Much preferred because of its sweet fruity tastes, it packs a potent 27% THC. Its effect creeps up on you to a happy euphoria before dropping into a warm tingling full-body buzz.

Some veteran users try it during the day, but Strawberry Banana is better for late evening because it’s likely to make you ready for bed. This richly flavored strain is a multiple award winner:

3. Purple Kush originated in landrace Hindu Kush and Purple Afghani, as pure an Indica as you might find. It’s a beautiful flower studded with purple, pink, and green. With as much as 27% THC, this is strain for the experienced user as bedtime approaches. This fast-growing plant yields up to 9-ounces per plant, a High Times Top 10 Strain in 2006 and 8th Place in the 2016 Karma Cup competition.

Purple Kush is a common favorite among chronic users because of its mind-altering rush, its broad medical benefits, or both. This is not for the casual user, should not be used during the day, or before operating machinery because of its numbing, relaxing, sedating, and near hallucinatory experience. Purple Kush users report help with appetite, chronic pain, nausea, and more. But given the strain’s potency, you might control your dosing by consuming Purple Kush in baked goods or gummies.

4. Royal Cookies brings you the taste and aroma of homemade cookies. The 80% Indica contains approximately 23% THC and negligible CBD. Use this strain and the happy and sociable euphoria will slide into a full body relaxation.

Bred from Royal Gorilla and Royal Cookies, it is a favorite because its effects are moderate and non-intrusive, one effect melting into another. And, if you like the purple genetics, you might try Purple Afghan Kush, Purple Trainwreck, or Deep Purple.

5. Kosher Kush (Jewish Gold or JG) tests at 20% THC or higher and holds multiple awards: High Times Cannabis Cup’s Best Indica in 2010 and 2011, as well as Best Strain in 2011. Kosher Kush is a great party option that floors everyone with the giggles. Novice users will be asleep well before the party ends, so don’t let them drive home.

6. G-13 is a 70: 39 Indica-dominant strain with THC strong effects pressing near paranoia. The THC usually tests in around 20%, but it has also scored at 27%. A clear and focused euphoria leads to a deep and lazy lethargy. This is a cloned strain, and True G-13 is very hard to find.

Pungent and potent, G13 has been used as analgesic treating chronic pain, joint pain, migraines, and muscle spasms and cramps. G-13 is a parent to G-13 Haze, a winner in 1st Place Cannabis Cup at the 2007 High Times Cannabis Cup.

7. Granddaddy Purple is 70% Indica with THC hovering around 20% or reaching a 27% high. A hybrid from Purple Urkle and Big Bud, it is even fruitier and sweeter than other Purples. Granddaddy Purple buds took the Denver High Times Cannabis Cup for Best U.S. Indica in 2015.

GP also has a 1% CBD content to mute the psychedelic effects with medical benefits. A dreamy haze will lead to a sleepy calm for treating insomnia, stress, and anxiety. Most use this before bed and not during the day. Novice users must titrate their way up to this strain, one they might make their regular choice or before they move on to Purple OG.

8. Bruce Banner #3 offers The Hulk experience with THC reaching 30%. This is sativa-dominant at 50: 40, but the effects are all Indica. Heir to OG Kush and Strawberry Diesel, Bruce Banner has long been a favorite

Earthy yet sweet, its creative euphoria slowly moves into relaxing calm that might relieve anxiety, depression, fatigue, insomnia, and stress while boosting your appetite. The sativa content balances the THC, so this won’t leave you couch-locked or paranoiac. Bruce Banner #3 ranked first place in the 2013 Denver US Cannabis Cup for “Most Potent Strain.”

9. The White is 85% Indica and 20-28% THC, properties it owes to its unknown breeder-held genetics. It smells and tastes of Florida pine woods and soils. Customers use The White for its creeping cerebral euphoria before slipping into a deep sleep.

The White strain’s not for daytime use, but users claim relief from the pain and stress that prevent restful sleep. The major negative side-effect is a profound case of the munchies.

10. Barbara Bud in Indica-dominant with 10% to 19% THC. That makes it a moderate powerhouse on this list. However, its relatively high levels of CBD make it a pleasant and therapeutic choice.

It’s a Canadian breed from Shiskaberry and an Afghani Indica landrace. Hints of earth float under its tropical fruit flavor and aroma. Effects start quickly with a tingle at the eyes and temples that disappears into relaxation to the core. It’s a mellow but lasting effect you might try after dinner for an early and solid night’s sleep. This strain’s awards include:

This list does not include Northern Lights, Hindu Kush, Girl Scout Cookies, Afghani, and other popular choices. It is a collection of popular strain, some new and some old, on a market looking for stronger potency. Given the high potency of some, you’ll want to work your way up to the stronger strains. If you are looking for medical benefits, you’ll want to try the more moderate strains.