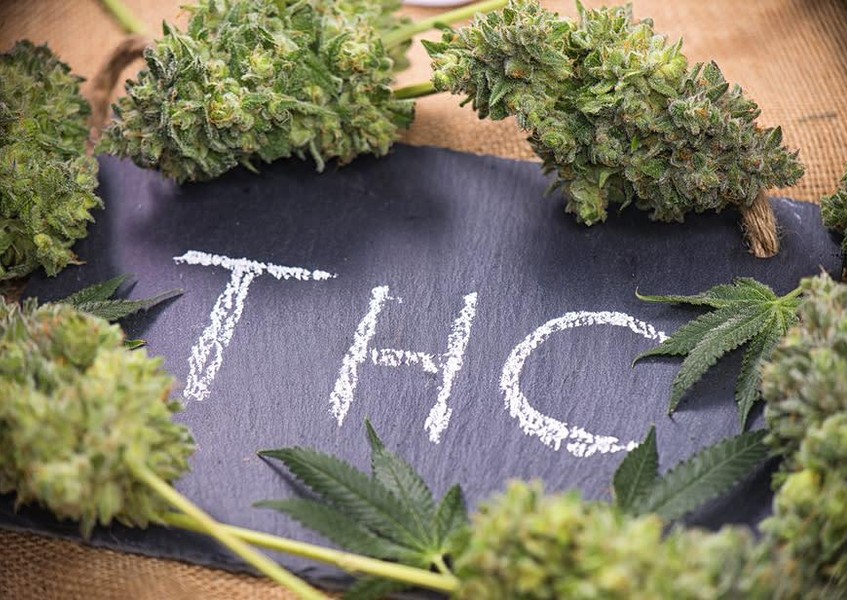 No one has done so much to advance the science of cannabis than Israel’s Dr. Raphael Mechoulam. Using strict scientific methods, a solid supply of cannabis, and enough Rhesus monkeys to prove his point, Mechoulam and colleagues identified THC (tetrahydrocannabinol) as the psychoactive component in cannabis.

They want on to isolate CBD (cannabidiol) with its potential for medical therapies. In an interview with Hampton Sides for National Geographic, Dr. Mechoulam voiced concerns for the effects of THC on the developing brains of teens. He warns that weed is “not an innocuous substance.”

But, he also insists, “medicinal treasure trove waiting to be discovered.” Treatment with cannabis and/or cannabis-derived products has proven successful in the treatment of glaucoma, PTSD, Chron’s disease, Parkinson’s, epilepsy, and up to 40 maladies recognized by the various states where medical marijuana is permitted.” Still, cannabis has kept some benefits close to its vest.

1. Anti-cancer Agent: The internet is chock full of rumors and anecdotes claiming marijuana is the silver bullet that will end cancer worldwide. Any claims approximating that exaggeration present fraudulent promises to the already vulnerable cancer patient.

What is true lies in the laboratories of Manuel Guzmán at Madrid’s Complutense University. He is insistent that what works with rats assures nothing for human experience. But, he is also excited by experimental results that show THC eradicating brain tumor cells within a week. Over 15 years of research shows THC working to reduce tumor size in one third of the subject rats and eliminate tumors in another third.

2. Skin Care: Cannabis is a known anti-inflammatory. But, that has skin applications as well as internal use. Tiffany Guevarra, writing at Beauty World News, she quotes dermatologist, Dr. Alexis Granite as saying, "Cannabinoids are powerful antioxidants that may work by reducing inflammation and especially when combined with hydrating oils may help in maintaining the skin's natural barrier function."

3. Weight Loss: No one seriously recommends weed for a weight loss program. It does not replace sensible diet, nutrition, and exercise. On the other hand, stoners typically have few problems with obesity.

Munchies or no munchies, they tend to have less body fat than no users. That puts them at lower risk for heart problems and diabetes. Now, this may be nothing more than a correlation, but it could be a sign that some element in the cannabis chemistry deserves research. One study published in The American Journal of Medicine concluded that current marijuana use is associated with lower levels of fasting insulin and smaller waist circumference.

4. HIV and Hepatitis C: Researchers have found much to chase in the correlation between marijuana use and HIV. Specifically, Dronabinol, an oral prescription THC medication has been used to combat the nausea and vomiting attached to cancer chemotherapy and the loss of appetite and consequent weight loss in HIV patients.

Additional work has been done in therapeutic influence of marijuana intake on the effects of Hepatitis C on the liver. It’s anti-inflammation properties seem to have an influence on the progression of the problem. Work published in the European Journal of Gastroenterology & Hepatology concluded, “Our results suggest that modest cannabis use may offer symptomatic and virological benefit to some patients undergoing HCV treatment by helping them maintain adherence to the challenging medication regimen.”

Although states approve medical marijuana for treatment of Hepatitis C, the research remains confused. Some hold that marijuana supports patients through the therapies, but others claim it increases the risk of liver damage. The most current research (Jan-Feb 2017) in Pharmacognosy Research concludes, “CBD as such has potential to be further developed as a treatment for viral hepatitis, especially as a combination therapy with the currently existing therapies.” While this is not a ringing endorsement, it encourages further research.

The research focus covers the positive influence marijuana use has on opiate withdrawal suffering. Interestingly, the same research subjects reduced their cannabis use when they had stabilized with methadone.

6. Autism: Any research into the causality of Autism spectrum disorders would help determine the direction to go. But, there are two significant problems:

But, research in Israel, reported in USA Today, has shown, “Some no longer hurt themselves or throw tantrums. Some are more communicative. Others were able to return to classes after they had been suspended for behavioral problems.” This seems promising considering the ineffectiveness of traditional therapies built on anti-psychotics.

7. Lung Capacity: As inhaled marijuana affects both sides of the brain, it increases the blood supply as capillaries relax. That increased blood supply brings more oxygen to brain functions.

The heart pumps in sympathy with brain activity, and the lungs expand their capacity and regularity. While any smoking introduces toxins to the system, the marijuana smoke does less damage than cigarette smoking.

8. Meditation: Cannabis, in one form or another, has long been associated with spiritual experiences. Since ancient times, its smoke has been part of ceremonies and rituals. For many, the relaxation facilitates contemplation and meditation.

The psychoactive effects are conducive to creative and imaginative thoughts. The combined effects of some strains strengthen the compassion and empathy. Getting high is fundamentally an opportunity for insight and spiritual growth.

What this means to you!

These 8 little-known benefits of Cannabis THC have real world applications as shown here. Each represents an area of research, and each promises increased benefit. Again, National Geographic quotes, Nolan Kane, a geneticist specializing in evolutionary biology at the University of Colorado, who says, cannabis “is an embarrassment of riches.”