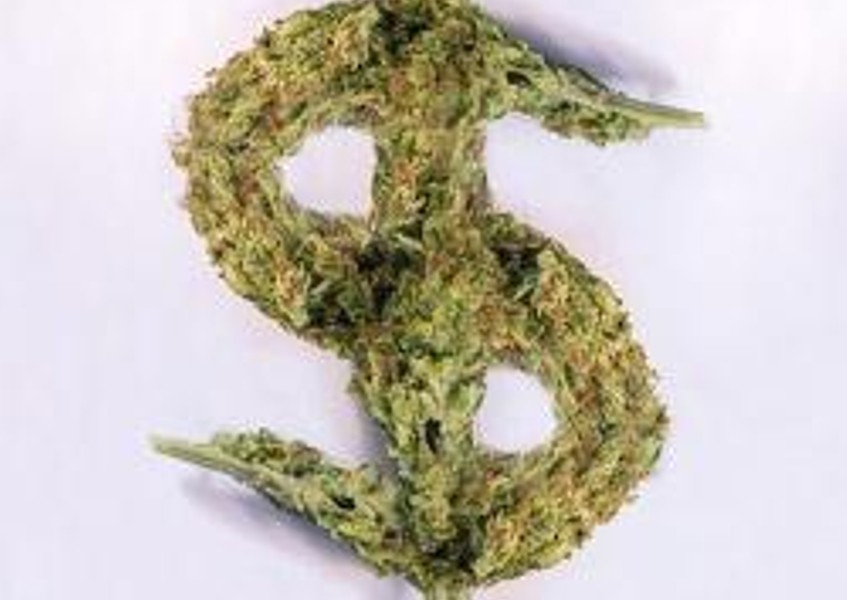 It’s easy to let the medical marijuana dialogue in this country get caught up in matters of ethics and of health—hot button issues that tend to evoke strong feelings across the spectrum—but the economic factors can’t be swept under the rug or taken for granted. Medical marijuana is a huge industry, and as such, it brings huge revenues, huge job creation, and huge surges in commercial real estate purchases. That the birth of an entire new industry might have a seismic economic impact really goes without saying.

And sure: You can probably name some economic benefits of medical marijuana use right off the top of your head. Tax revenues are the obvious ones. Medical marijuana is a product that many people direly need, and state governments have shrewdly taken advantage of this by taxing marijuana heavily. Just consider some of the details from Colorado: In the first fiscal quarter of 2013-2014 (which encompassed July through September of last year), the state brought in $3,049,637 in tax revenues. That’s epic. Just ask yourself: What state government couldn’t find good use of an extra three million in tax revenues? (And by the way: Colorado is expected to bring in $184 million in new tax revenue from recreational marijuana sales this year, so that three million is just the tip of the iceberg.)

More Taxes Means Stronger Communities
It’s not just that Colorado is bringing in more money due to its marijuana laws; it’s also putting that money to good use, strengthening communities all over the state. For example, $45.5 million are going to youth drug prevention programs, $40.4 million for substance abuse treatment, more than $12 million for public safety initiatives, and plenty of money for law enforcement and public safety programs.

Of course, there is a flipside to this discussion: There are some who believe that legalized marijuana sales puts an additional strain on existing public health and safety initiatives. There may be some truth to that, at least in the minds of Washington state mayors who are heavily lobbying for marijuana taxation. Based on the figures out of Colorado, however, it seems as though medical marijuana legalization can more than pull its own weight.

Cutting Costs By Reducing Fatalities
Moreover, there is evidence to suggest that marijuana legalization can have a positive, cost-cutting impact in other ways. An article from Forbes notes that, according to recent studies, the legalization of marijuana leads to a sharp decrease in teenage drinking. “Young adults in Colorado and Washington will respond by drinking less, not more,” one research team notes.

This is significant from an economic standpoint, as it means “that enacting medical marijuana laws is associated with a 13 percent drop in traffic fatalities. That effect could be due to the fact that marijuana impairs driving ability much less dramatically than alcohol does, although the fact that alcohol is more likely to be consumed outside the home (resulting in more driving under its influence) may play a role as well.” Given the major expenses associated with drunk driving fatalities—everything from criminal prosecution to property damage—this is not just a human victory, but also an economic boon.

More Jobs, More Workers
There are other economic benefits to speak of, too. Again, note that the legalization of marijuana effectively means the genesis of an entirely new industry—and with it comes all the things one associates with new industries: Increased demand for commercial real estate, job creation, and trickle-down effects; because there are more people working, there are more people in a position to spend money and further stimulate the economy.

There aren’t just more jobs being created, though, but also more motivated workers. This flies in the face of some of the stupid clichés about pot users, and many anti-marijuana advocates seem to think that widespread legalization will result in a nation of loafing Funyun addicts. A Huffington Post article takes a different stance, noting first that marijuana legalization will result in lowered law enforcement costs, and then arguing that it will ultimately produce a stronger workforce.

“This benefit goes way beyond the criminal justice system’s costs of enforcing pot laws,” the article shares. “It is about the ability of those 19 to 32 million users, their families, and friends to live normal lives. In my own neighborhood a kindly older gentleman was recently arrested for possession of not quite four pounds of marijuana and sentenced to a year in state prison. He was a good neighbor and caused no inconvenience to anyone in the community, but current law dictated that he could no longer live among us. His imprisonment has been devastating to his wife and family, has deprived the community of a good and well-liked neighbor, and has made him a convict or ex-convict forever.” The conclusion: Legalizing pot will allow folks like this man to continue contributing to society—a moral victory and an economic must.

Medical marijuana impacts lives, in other words—and not just the lives of patients. The more accepted medical (and recreational) marijuana becomes, the more people are empowered to live full and productive lives and the less our governments have to spend big money treating marijuana patients like criminals.