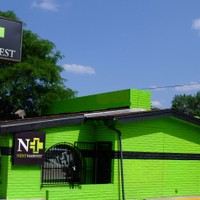 Write a Product Review
Rate this flower
Photos
Roll over the stars, then click to rate.
Why write a review?

Tyler was amazing here. He was able to help me out and give me some other excellent choice! I definitely will recommend this place to all my friends

How do I find out how many points I have ?

Have given this place multiple chances, but everything about this place is shady and dirty. The bud/wax is dirt quality, wax/shatter is harsh and innefective. Worst in denver, the atmosphere is crap, really crap, and they do not stay true to their advertised hours so don't expect to be able to buy during normal hours or be able to keep to any schedule, have arrived in the middle of the day, morning, and night and at least once each of those time periods they have been closed, opened late, or closed very early. Closed 30 minutes early and turned away $200 denying me at the door even though they say open until 10. Terrible.

I am from Illinois and I do know as a fact that Next Harvest has the very best weed in Colorado. The people there were so polite and so helpful. I myself would never go to any other place. I cant wait to go there again. Next Harvest is the best from all the rest.

If the green solution is where you think good bud is you dont know what your talking about. For the price you cant complain especially before they run out of the good stuff. 25 8th for years cant beat that. You want good bud go to the clinc good weed cost

I loved Next Harvest when I first started going there, now the weed is shake, seedy, tastes like mold. Telling the sales people got a shit reaction about how its a gamble. No sorry, buying swag from Mexico from your local dealer 15 years ago was a gamble, this is now a service industry, my review is to go somewhere else. I agree with Matthew Kite, THE GREEN SOLUTION is awesome!

Chicks are hot, concentrates are good, and prices are lovely 35$ for live resin cant get that any where else.

Used to be good now it's total garbage. The sale weed is leafy, immature crap not worth 1$ a gram. The shatter is crap, gave me a headache. Total rip-off spend your money else where.

Blue Dream: The History of the Most Popular Cannabis Strain

The Complete World History of Cannabis