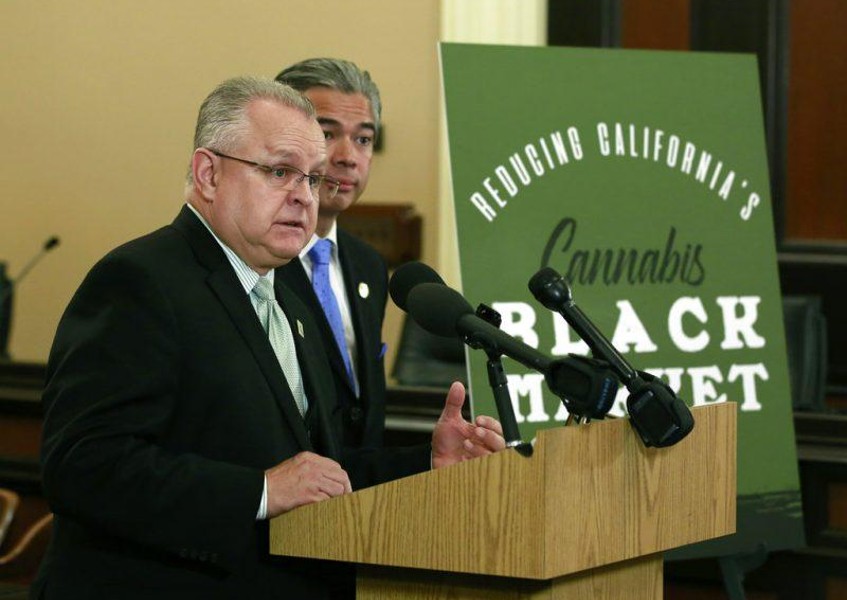 SACRAMENTO, Calif. Less than three months after California launched legal marijuana sales for adults, the state could consider temporarily slashing hefty tax rates that some say are driving buyers into the black market.

Growers and sellers in the nations largest legal marketplace have been complaining that taxes that in some cases can near 50 percent are too high. Many consumers, they say, are shopping in the underground market to save a buck.

Finding a sweet spot for marijuana taxation has been an issue in other pot-friendly states.

Washington state, for example, initially imposed separate 25 percent taxes up to three times: when the grower sold it to the processor, when the processor sold it to the retailer and at the point of public sale. In 2015 that was pushed down to a 37 percent tax at the point of retail sale, plus sales tax. In Seattle, that combined rate is about 47 percent for recreational sales.

Lackey, who spent 28 years in the California Highway Patrol, told reporters that the cumulative tax burden is high for an industry being regulated for the first time.

It wasnt immediately clear when the bill might be considered, or its level of support within the Legislature.

California began legal sales for adults on Jan. 1 as part of a sweeping plan to transform its long-running medicinal and illegal markets into a multibillion-dollar regulated market. The reshaping of such an expansive illegal economy into a legal one hasnt been witnessed since the end of Prohibition in 1933.

Black market dealers can ignore an array of state and local levies that push up prices in the legal market.

The state imposes a 15 percent excise tax, then local governments can add taxes, too, which vary around the state. There are separate state taxes on cultivation, along with regular sales taxes. There are new costs for testing and distribution, which could also be rolled into the counter price.

Generally, an eighth of an ounce of good-grade pot, enough to roll five or six joints, sells for around $35 in legal shops in the Los Angeles area. Direct taxes alone would slap over $12 on that price: the 15 percent state excise tax, the citys 10 percent tax on recreational purchases, and the usual sales tax, nearly 10 percent. Store policies appear to vary on how much of that cost is reflected in the advertised price on ...