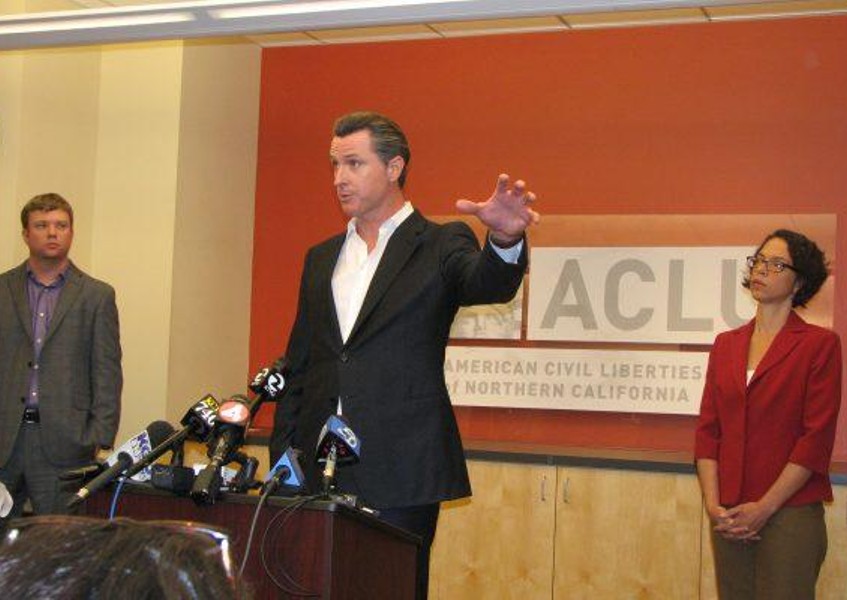 California is set for a historic vote on marijuana this Fall.

The group behind the only viable legalization campaign in the worlds largest marijuana economy will announce Wednesday morning that they have gathered the signatures necessary to put the measure on the ballot.

Lt. Gov. Gavin Newsom leads the formal launch of the Lets Get It Right, California campaign with a press conference in downtown San Francisco featuring the most mainstream array of lawmakers, physicians, activists and environmentalists ever assembled for a California legalization campaign, including:

as well as Alice Huffman, President of the California NAACP;

The measure, dubbed the Adult Use of Marijuana Act, legalizes for adults 21 and over one ounce of pot in public and six plants in private, and calls for the erasure of past pot convictions, as well as the re-sentencing of people currently serving time for marijuana.

The 60-page proposal is based on recognized best practices and recommendations from hundreds of engaged citizens and organizations, the campaign states, with the aim to control, regulate and tax the adult use of marijuana. California could generate an estimated $1 billion per year taxing and regulating cannabis, according to state officials.

According to AUMA, the measure includes strong safeguards for children, businesses and local governments, strict anti-monopoly provisions and the toughest warning label and marketing-to-kids laws in the ...