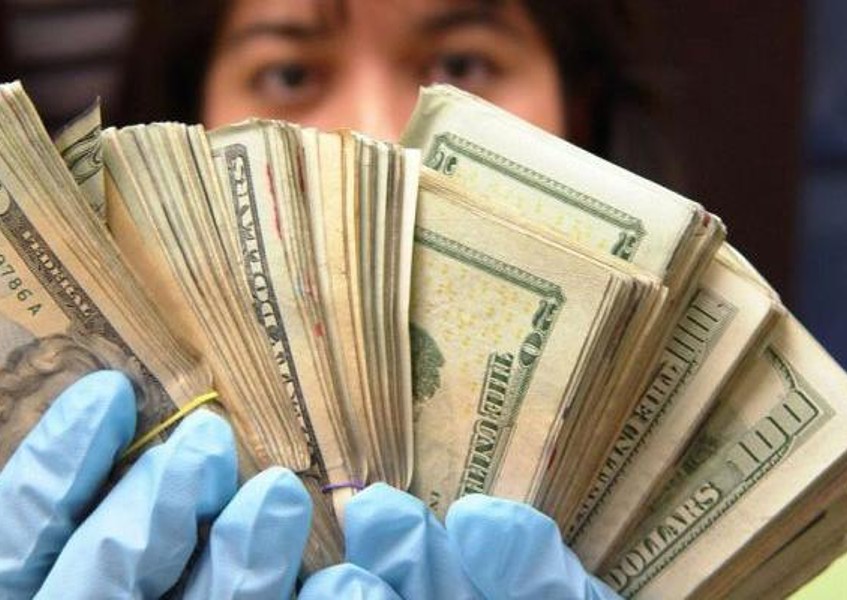 Asset forfeiture laws have long been criticized as a way for law enforcement agencies to line their pockets in the absence of due process. Just look at the case of Annette and Dale Shattuck, whoseassets were seizedeven though charges against them were dropped. Years after their initial arrest, the Shattucks arestilltrying to get their property back.

Now, another troubling asset forfeiture tale has emerged out of Arkansas,reports reason.com. State police sergeant Dennis Overton pulled over Guillermo Espinoza in July of 2013, for an unspecified "traffic stop." Overton requested a drug dog, which did not alert on Espinoza's car. (If the dog did, it would've given police probable cause for a search).

Unsatisfied, Overton asked Espinoza to consent to a search, which Espinoza agreed to. The dog alerted on a bag that contained nearly $20,000 in cash. Despite finding no drugs, paraphernalia, or any other evidence of drug trafficking, Overton was convinced that Espinoza was a drug dealer.

"I've worked this interstate for the last eight years Half of my career I've spent out here. OK? Nobodynobodycarries their money like that but one person. OK? People that deal with drugs, and deliver drugs. That's it. Nobody else. Nobody," Overton told Espinoza.

Espinoza, who had no criminal record and was never charged in this case, said the money came from years of construction work, and he later presented checks, receipts, and tax forms to substantiate that income. He said he took the money with him to Memphis because he was planning to buy a 4x4 truck there. But he was not happy with the advertised vehicle, so he did not complete the purchase. He offered to show Overton text messages he had exchanged with the truck seller and said his boss, whom he offered to call, would vouch for him. Overton, already convinced of Espinoza's guilt, was not interested.

There was so little evidence for his involvement in any sort of drug dealing that prosecutors wanted to drop the ...