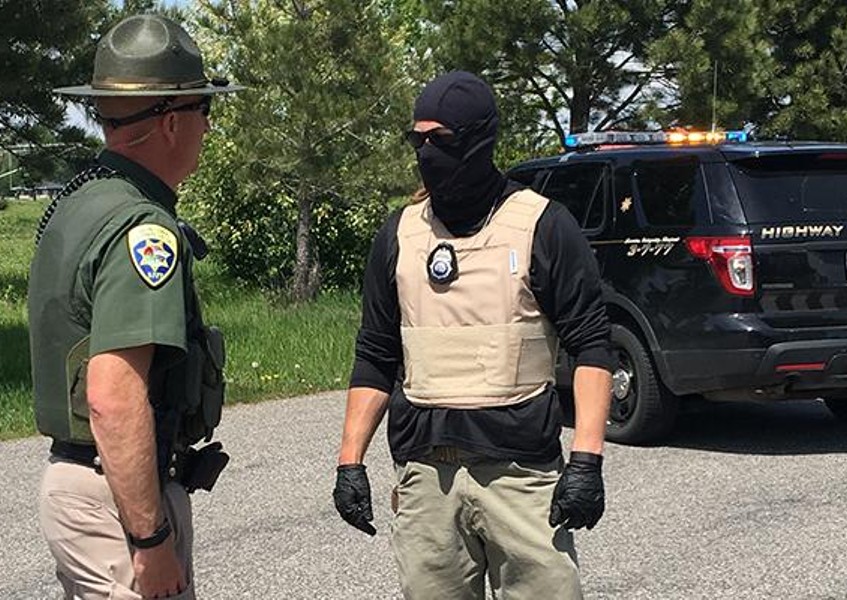 The state of Montanas largest medical cannabis franchise, Montana Buds, re-opened Thursday, after a Wednesday raid at one of the brands stores in Four Corners, MT that sent a chill through the countrys industry.

Representatives from Montana Buds Four Corners told Cannabis Now Thursday that no arrests were made in the Wednesday raid. Local and federal law enforcement cut down plants and seized property for hours at the retail store in the town outside of Bozeman, and then left.

Theres a reason they showed up wearing masks and didnt arrest anyone. We didnt get raided, we got robbed, said a representative, who didnt want to be named due to the ongoing nature of the investigation.

Washington DC spokespeople for the Drug Enforcement Administration did not answer emailed requests for comment.

Seven of eight Montana Buds are open in the longtime battleground state for medical cannabis access Friday. The Four Corners store remains closed. Were not going to run away from them and were not going to be scared, and our stores are open today because we have done nothing wrong, the representative said.

Agents from the DEA and a local task force raided the franchise of the states largest medical cannabis provider at 10:30 a.m. when the store opened Wednesday morning.

Witnesses at the raid at Montana Buds in Four Corners, MT reported six members of law enforcement taking items out of the dispensary and placing them in a storage trailer.

I have no idea why they are being attacked, [the dispensary owner] has always been a great neighbor, said Four Corners metalworking business owner Mike Winters.

A DEA agent on the scene declined to comment, stating this is now a federal investigation.

The federal government is generally standing down in the face of ongoing medical and adult-use legalization. The Department of Justice is under guidance from the White House to focus its limited resources away from state-legal cannabis activity. Federal prosecutors recently gave up its pursuit of two of Californias most well-known medical cannabis operators, Lynnette Shaw, and Harborside Health Center of Oakland.

The raid sent a chill through the medical cannabis community in Montana, which is already in crisis-mode after the states Supreme Court ruled against patients in February.

Activists including the states marijuana providers are working to fund and gather signatures in support of Initiative 182 which explicitly legalizes dispensaries, and repeals state laws that clipped the industry starting in 2011. Montana voters enacted Initiative 148 in 2004, decriminalizing medical cannabis, including small, personal grows, starting a seven-year industry expansion through 2011.

SCOTUS can either dismiss the appeal, agree to hear it, or delay a decision until after their June recess, she said. If SCOTUS agrees to hear the appeal or more than likely delay, patients in Montana can motion to stay the Aug. 31 shutdown of the industry, pending SCOTUS review.

Montana Buds is a large provider in the state, according to Cholewa. She told Cannabis ...