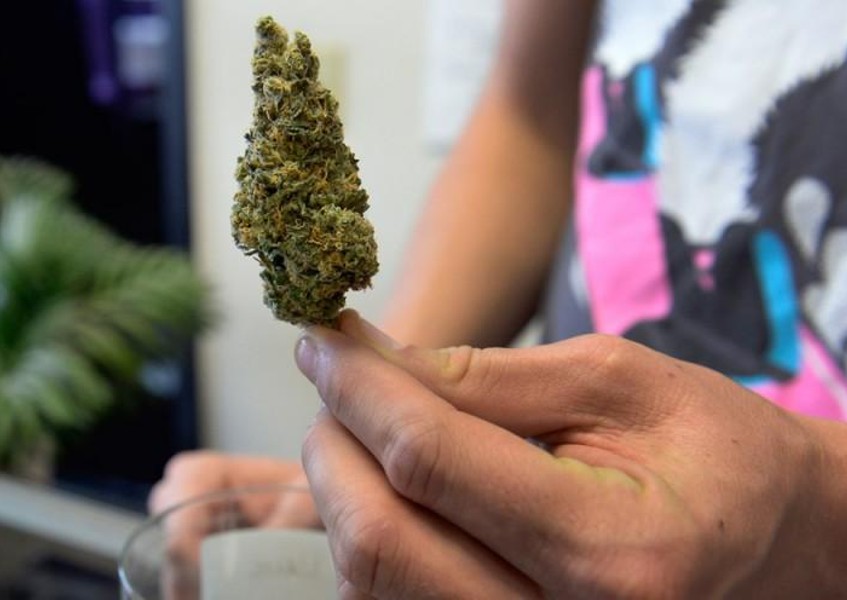 By Randall Chase, The Associated Press

DOVER, Del. The passage of a bill that could spare some misdemeanor drug offenders from convictions has prompted a conservative Republican senator and gubernatorial candidate to call for the formal legalization of Delaware marijuana.

The legislation, which would expand probation before judgment to misdemeanor marijuana possession charges, cleared the Senate on Thursday after House passage earlier this month. The bill awaits Gov. Jack Markells signature.

Under probation before judgment, a judge defers entry of a conviction if the offender pleads guilty or no contest. If the offender complies with the terms and conditions of a probation period, no conviction will be entered on the record.

Under the bill, probation before judgment could be used in cases of misdemeanor possession of up to six ounces of marijuana, a Senate attorney told lawmakers.

We have lowered the penalties to the point where it is relatively arbitrary whether the state actually prosecutes people on this or not, and the reality is we dont, said Bonini, adding that he expects marijuana to be legalized nationwide within five years.

This is basically accepted socially and, quite frankly, politically and legally, he said. If that is the case, we should treat it as such.

Bonini said that he is not in favor of relaxing criminal laws for marijuana possession, but that policymakers need to accept reality.

Weve already made this decision, whether you like it or not, he said. Im not pleased were here. Im not an advocate, but I think the reality is this is where we are.

Bonini, who said legalization and taxation would be among the issues discussed in his campaign for governor, called for a strict regulatory framework, with tax revenue going to substance abuse treatment programs.

Lets create a structure thats as beneficial to society as we can make it, he said.

The probation bill, which cleared the Senate on a 12-to-6 vote after passing the House on 37-3 vote, now goes to Markell.

Markell said Thursday that he had not had time to review the legislation, but his office issued a statement a short time later saying he supports the bill.

Markell has previously said, and reiterated Thursday, that he would ...