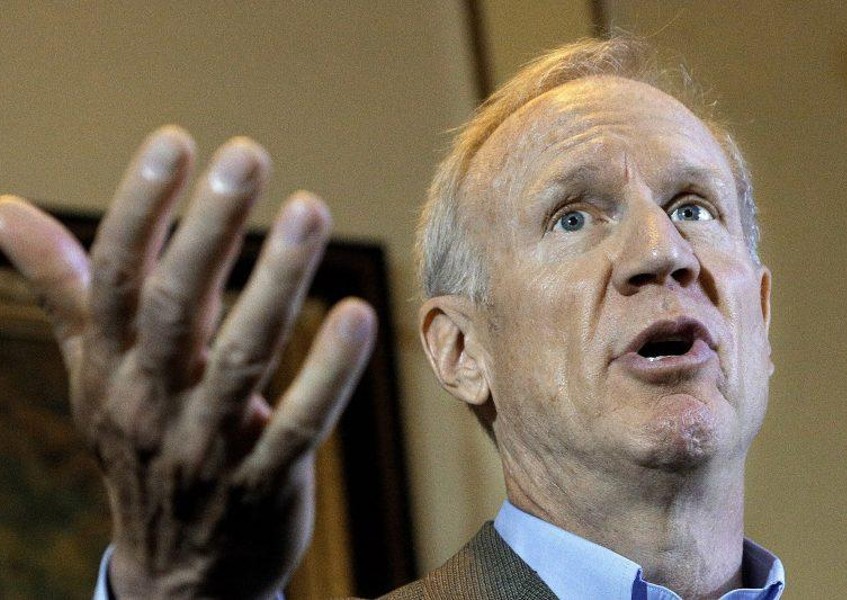 By Ivan Moreno, The Associated Press

SPRINGFIELD, Ill. Gov. Bruce Rauner is working with the Illinois State Police on how to handle a proposal to make marijuana possession in small amounts punishable only with fines under a bill he appears poised to sign.

The legislation, which also sets a standard for whats considered too high to drive, includes stronger provisions the Republican governor suggested to lawmakers last year as a condition for signing off on removing jail time for having 10 grams or less of pot. A chief sponsor of this years bill, Sen. Heather Steans, a Chicago Democrat, said the Rauner administration has assured her he will sign the bill but is waiting until next month to give law enforcement time to prepare for its implementation.

The bill comes as many states reconsider whether jail is the most appropriate punishment for petty pot offenses. If signed, Illinois would be the 17th state and third largest to treat possession of marijuana in small amounts as a civil offense rather than a criminal one, according to the Marijuana Policy Project, which tracks legislation on the topic nationally. New York and California are among the states that have made the change.

Rauner has indicated support for reducing penalties for marijuana offenses, but his spokeswoman said in a statement hes still reviewing the bill.

Part of the review process is working with the Illinois State Police to ensure that the law can be implemented in the best interests of the public, Rauner spokeswoman Catherine Kelly said. The state police declined to comment.

Lawmakers sent Rauner the bill June 16 and he has 60 days from that date to take action.

The proposal passed with bipartisan support, but some in law enforcement have reservations. Greg Sullivan, the executive director of the Illinois Sheriffs Association, said the bill doesnt differentiate between minors and adults who are caught with small amounts of pot, and that the new approach may not bring proper attention to problem use by minors.

As long as someone can afford the fines, guess what, I may never know it as a parent. Ive got a problem with that, Sullivan said.

Opponents are also concerned that reducing penalties for marijuana possession sends a message that it isnt harmful. But about 100 Illinois communities, including Chicago, already give police discretion to issue citations instead of making arrests for having small amounts of the drug. Lawmakers said they want to promote consistency in how minor marijuana offenses are handled.

We have a system where, where you live or what you look like determines whether you get a ticket, said Democratic Rep. Kelly Cassidy of Chicago, another bill sponsor.

The legislation would also require municipalities to purge citation ...