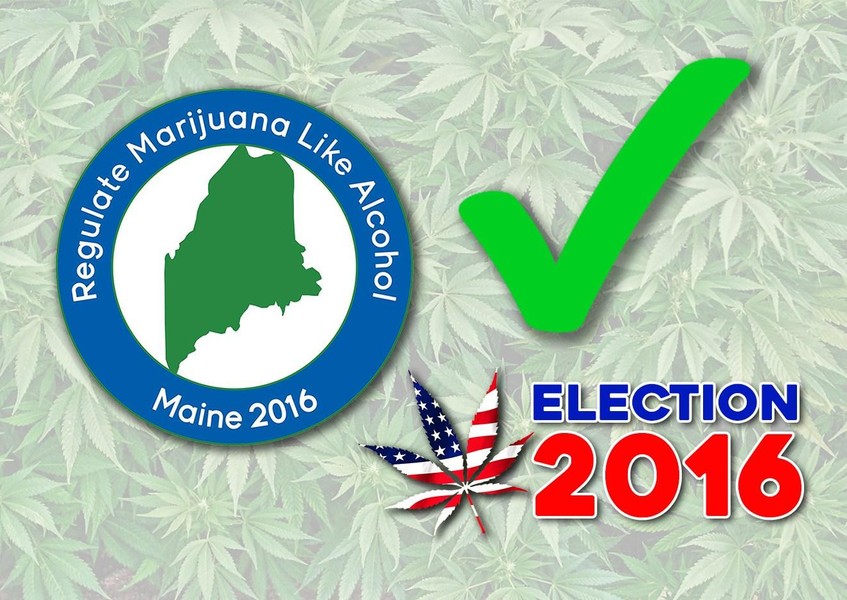 PORTLAND, Maine Maine voters have approved Question 1, a ballot measure to legalize, regulate, and tax marijuana for adult use. The Yes on 1 campaign will hold a news conference today at 11 a.m. in front of Portland City Hall (389 Congress Street) to discuss the next steps and timeline for implementing the initiative.

Question 1 makes possession and home-growing of limited amounts of marijuana legal for adults 21 years of age and older; it creates a tightly controlled system of regulated marijuana production and sales; and it establishes a 10% tax on non-medical marijuana sales. The new law will officially take effect 30 days after the final election results are declared, which can take up to 10 days.

Maine made history today by ending the failed policy of marijuana prohibition, said David Boyer, campaign manager for the Yes on 1 campaign. Voters approved Question 1 because it represents a new, more sensible approach to marijuana policy. It will take marijuana production and sales out of the underground market. It will generate significant new tax revenue for our community. And it will allow law enforcement to spend more time addressing serious crimes.

For the past few years, we have highlighted the fact that marijuana is less harmful than alcohol and questioned the logic of laws that steer adults toward the more dangerous substance. Once Question 1 goes into effect, adults in Maine will no longer be punished for making the rational, safer choice to use marijuana instead of alcohol ...