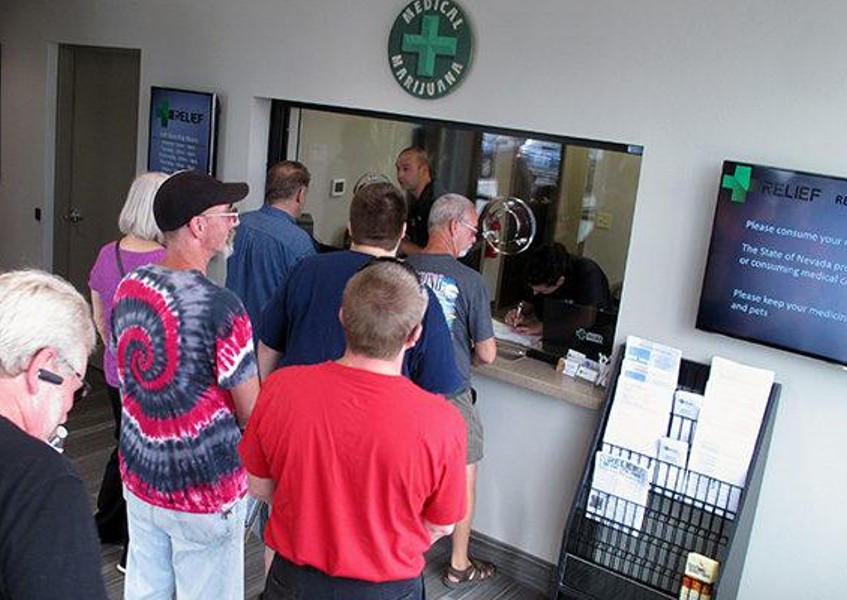 Marijuana possession and sales are illegal under federal law, but Nevada voters decided in November to allow people age 21 or older to use pot recreationally becoming one of eight states to do so.

White House spokesman Sean Spicer said Thursday that the United States Justice Department will step up enforcement of federal laws prohibiting recreational not medical marijuana. No immediate action accompanied the statement, which came in response to a reporters question.

That has not prompted the Nevada agency tasked with crafting rules governing recreational marijuana sales to change its timeline for ensuring dispensaries can open this summer, said agency spokeswoman Stephanie Klapstein.

As of now, the Department of Taxation is moving forward with our regulation development as planned, she said.

The Democratic leader of Nevadas state Senate, Aaron Ford, criticized the White House for what he called an overzealous attack on the will of Nevada voters.

Republican Gov. Brian Sandoval is currently budgeting tens of millions of dollars in marijuana tax revenue over the next two years to fund public education.

Any action by the Trump administration would be an insult to Nevada voters and would pick the pockets of Nevadas students, Ford said.

He also claimed increased enforcement of the nations drug laws would constitute federal overreach and asked Nevadas Republican Attorney General Adam Laxalt to make a statement similar to that of Washington states vow to fight any crackdown.

Federal laws pre-empt state laws, but former President Barack Obama gave the states leeway to establish marijuana industries as long as they keep the drug from crossing state lines and away from children and drug cartels. Its unclear exactly ...