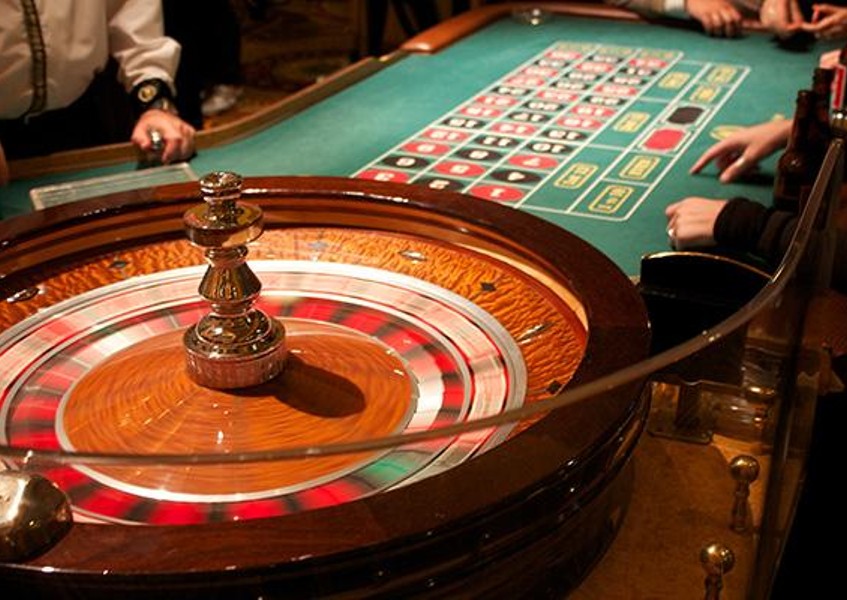 Nevada seems to be changing its mind about cannabis.

Earlier this year, casinos in Las Vegas were given a clear ultimatum from gaming bosses: Pot and slots do not mix. This was disappointing news as the city is home to Americas only (for now) 24-hour marijuana dispensaries, and is the new front-runner for most cannabis-friendly tourist destination in the country.

Nevada legalized recreational marijuana last November, and was the first of the four states to legalize on election night to begin retail sales. But fearful of a lawsuit or triggering a federal crackdown, the Nevada Gaming Commission informed anyone licensed to host lucrative gambling that they could not also pursue a cannabis dispensary or cultivation permit.

Any establishment already with a gaming license and since in there are slot machines everywhere from Caesars Palace down to Sids Humble Roadside Pit Stop in Nevada, that means everyone risked losing that license if they allowed marijuana activity on the premises. Since the house always wins,gambling houses heeded the clear warning and wisely decided to steer clear.

That caution lasted all of a few months. Just days after witnessing 18,000 paying convention-goers descend on Vegas for Marijuana Business Dailys annual MJBizCon the biggest crowd in the events history, and roughly 80 percent growth over the 2016 event Nevadaofficials have pulled a full reversal and are cooking up ways to make gaming halls weed-friendly.

Events like that can bring in as much as $28.2 million in economic impact, according to state tax officials. Economic impact figures are often nebulous and oversold, but numbers like that are nonetheless big enough to compel a re-evaluation of the situation.

As per Nevada Gov. Brian Sandoval, a state advisory committee could recommend rules to allow casinos and cannabis to mix directly as soon as February.

The BizCon was at the massive Las Vegas Convention Center, a sprawling, airport-sized fortress of cavernous halls. Not bad digs, but not exactly the most central, either. Nothing like actually being at a hotel, where most other business conventions are hosted.

The central fear is that cannabis dispensed in casinos could trigger the biggest and baddest federal crackdown yet. As attorney Brian Barnes told the Associated Press, any cash-transacting marijuana business in a house of gambling could be considered racketeering or money laundering under federal law.

U.S. Attorney General Jeff Sessions is an avowed marijuana-hater and, judging by his constant saber-rattling on the matter, is looking for any excuse to crack down on marijuana legalization. He and Justice Department brass are supposedly weighing a change in federal ...