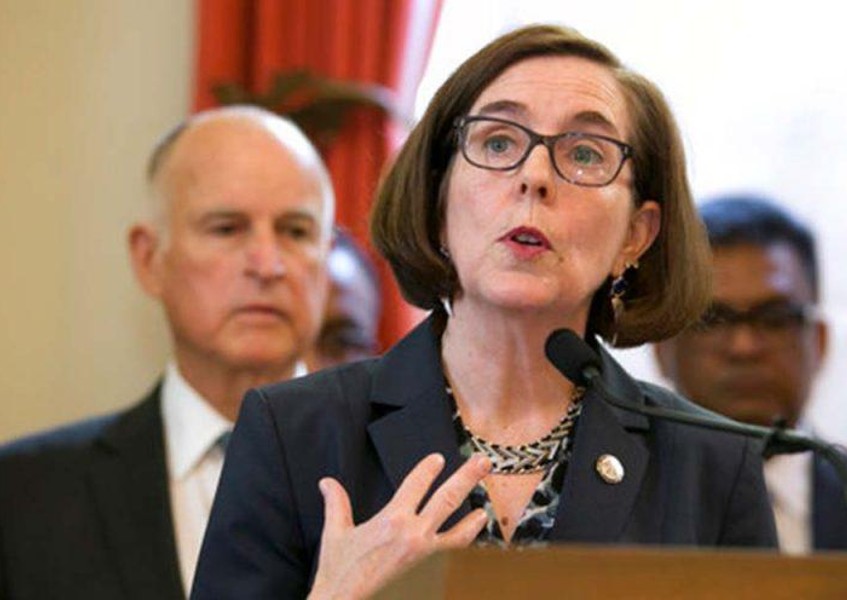 By Polly Washburn, The Cannabist Staff

Oregons governor and the head of the state police responded Tuesday to a letter from U.S. Attorney General Jeff Sessions, in which he said cannabis legalization in the state had not done enough to curb black market grows.

Like leaders from Washington and Alaska in letters last week, Gov. Kate Brown and Oregon State Police Superintendent Travis Hampton said that the data Sessions used to draw his conclusions came from a report that was inaccurate.

In her letter dated August 22, posted on the states website, Brown noted, The Oregon State Police determined that the draft report required significant additional work and revision, because the data was inaccurate and the heavily extrapolated conclusions were incorrect.

In his own letter of August 16, Hampton said the report, which Sessions cited and attributed to Hamptons agency, was the first and least defensible draft, which the agency had no immediate plans to publish until objective data could be recovered for many years.

When the report was leaked, Hampton said, The agency attempted to make clear the document was not accurate, not validated, outdated and the Oregon State Police did not endorse the conclusions in the draft baseline report. Unfortunately you sourced the same leaked draft document as evidence against Oregons marijuana regulatory structure.

Governors of four Western states that have legalized recreational marijuana Alaska, Colorado, Oregon and Washington each received letters from Sessions dated July 24, responding to a joint letter the governors sent Sessions on April 3, asking Sessions and Treasury Secretary Steve Mnuchin to engage with us before embarking on any changes to regulatory and enforcement systems.

Brown referenced recent legislation that she had signed into law from January to May of 2017, meant to address many of the issues raised by Sessions, including tracking technology, plant limitations, increased criminal penalties.

She also pointed to measures taken to ensure minors could not access or even view marijuana products, and a PSA campaign directed at minors.

Regarding testing, she mentioned Oregon boasts the most robust testing regime of any state to legalize marijuana to avoid exacerbation of any public health consequences associated with legalization.

She warned that dismantling of the Cole Memorandum would [drive] existing lawful product into the unregulated black market and [fund] criminal enterprise but then closed her letter on a positive note:

Alaska Gov. Bill Walker and his Attorney General Jahna Lindemuth responded in a letter dated Aug. 14 that the 2015 data cited by the attorney general could not be fairly attributed to the new marijuana regulatory system since ...