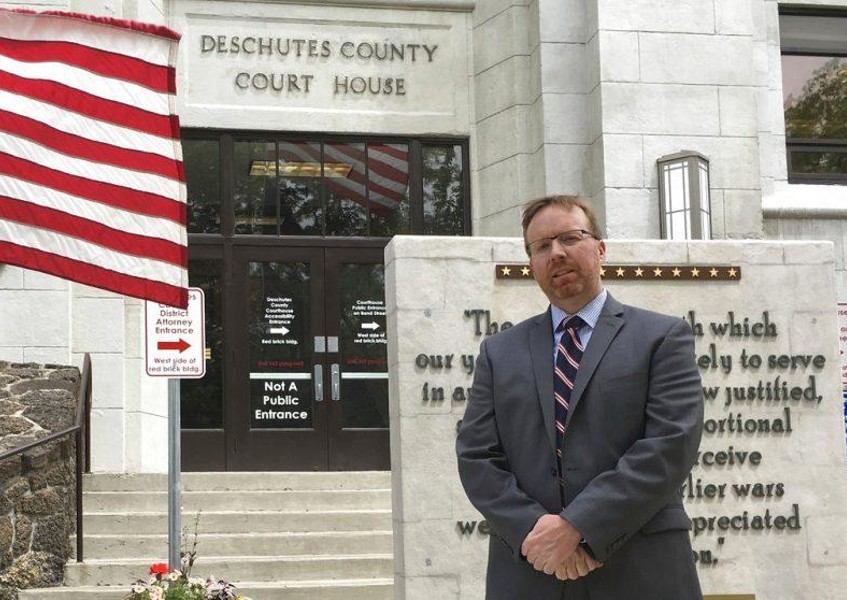 The issue is especially sensitive because U.S. Attorney General Jeff Sessions recently allowed federal prosecutors more leeway to pursue federal anti-marijuana laws in states like Oregon that have legalized pot. The top federal attorney in Oregon, Billy Williams, earlier this month said Oregon produces more marijuana than it consumes, with the overproduction feeding the black market. He urged locals to address the problem to avoid a possible crackdown.

Marijuana grow sites have flourished in many parts of the state, including in Deschutes County, Oregons fastest-growing county which sprawls over high desert and the snowy peaks of the Cascade Range.

Our state has no regulation for the marijuana industry, Nelson said at a news conference in the district attorneys offices in Bend. In order to have regulation an agency has to have enough resources to be effective at enforcement of the regulations. Oregon does not have this.

The Oregon Health Authority, which regulates medical marijuana, did not immediately respond to requests for comment on Tuesdays assertions. Mark Pettinger, a spokesman for the Oregon Liquor Control Commission, which regulates recreational marijuana, noted the agency depends on the Legislature for funding for marijuana enforcement.

Hummel and Nelson complained in a Feb. 7 letter to the health authority that local law enforcement officers often cant tell whether medical marijuana grow sites are legal or illegal because the agency hasnt provided a list of authorized sites.

Unfortunately, our hands are often tied when it comes to enforcing manufacturing and cultivation laws, they wrote to Carole Yann, the agencys manager of the medical marijuana program. They asked for a list of all registered medical marijuana grow sites in Deschutes County, but said they have not received a response.

Hummel told reporters the health authority conducted no inspections in Deschutes County in 2017, and said it is ridiculous that the agency provides a 10-day written notification of an inspection to growers.

Jonathan Modie, a spokesman for the health authority, said it is reviewing the letter and plans to respond soon. He confirmed that a 10-day notice is given for routine inspections but that for complaint inspections, staffers may make an unannounced visit.

In the news conference, Nelson complained that the Oregon Liquor Control Commission has only 23 inspectors for more than 1,200 marijuana grows and retail outlets.

Citizens must demand that the governors office increase and fund more inspectors, he said.

In a telephone interview, Pettinger said additional inspectors from the commission would soon staff a new office in southern Oregon co-located with the Oregon State Police, and that the ratio of Oregons inspectors is similar to some other ...