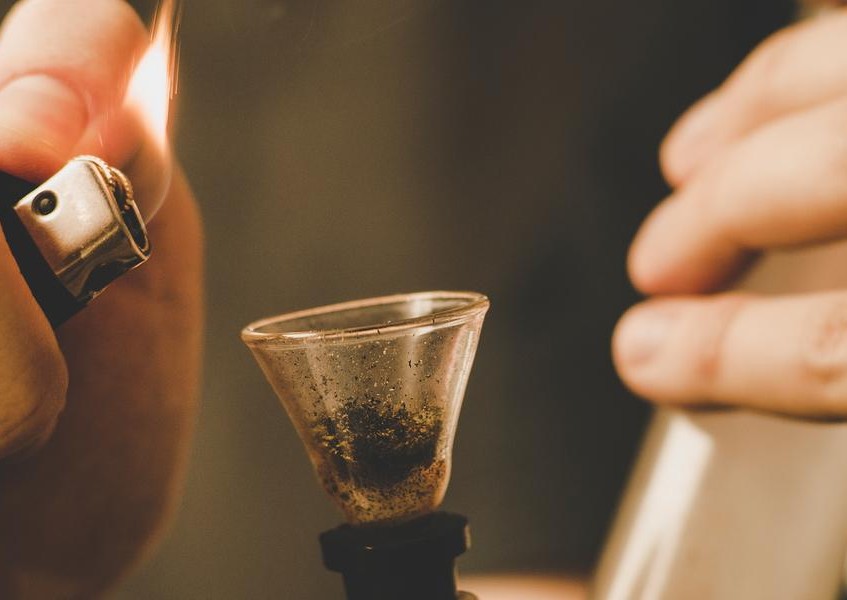 No death has been directly attributed to cannabis consumption. But, if you wake up with your car wrapped around a tree, you may have a problem.

It’s a long life-lesson that too much of a good thing means trouble. All good things come with risk.

Like other Inebriants, cannabis offers escape, pleasure, and relaxation. But, repeated use in a real world can present some health and social issues for the constant cannabis user.

Science and repeated cannabis use

Science is not ready to say that cannabis is addictive despite what some opponents of cannabis use may say. However, researchers are increasingly convinced of Cannabis Use Disorder (CUD), a change in behavior that displays symptoms of addiction and may be frequent among those already pre-disposed to addictive behavior.

That is, CUD is more likely to be found among cannabis users with anxiety disorders, other addictive behaviors, and adolescents who combine cannabis with other intoxicants like alcohol. A few of those studies are listed here:

Diagnostic and statistical manual of mental disorders (2013) lists the following behaviors indicating you are consuming too much cannabis:

Let’s put in real terms with 10 signs you are consuming too much cannabis:

1.  Shakes and jitters: Occasional use may produce from contractions or tremors depending on your physical constitution and metabolism. They usually disappear quickly.

You can attribute the shakes to the THC, but continuing problems may be nature’s way of telling you to choose another strain or take a break. The shakes probably follow from the THC stimulus and/or the dopamine release

But, psychosis may also present itself as schizophrenia, delusional behavior, severe social anxiety, or recurring panic attacks. If it disappears with a tolerance break, okay, but if not, you may have a dangerous experience. At its worst, it produces a general behavioral dysfunction, a loss of need psychiatric attention. psychological conditions like schizophrenia.

3.  Heavy paranoia: Some strains affect some people differently. You should switch strains if your current one triggers extreme anxiety. Paranoia is neither pleasant or healthy.

Because THC triggers the paranoia, you can opt for a stain with lower THC or a higher CBD content. It may also be time to examine your thinking. Cannabis can aggravate existing anxiety and depression, so might reduce your dosage and usage.

4.  Risk taking: If you find yourself taking risks you shouldn’t while under the influence, you may present a danger to yourself and others.

Driving under the influence of cannabis use, for instance, poses a risk to you, your passengers, and other vehicles. DUI charges have increased in states that have legalized cannabis use. But, even one DUI ticket should tell you that you may have a problem.

5.  Social loss: Cannabis use can be a great social circle event. But, if you prefer your cannabis to spending time with family and friends, you should wake up. If they are warning you, you should consider this an intervention.

Losing that time can show up in poor school grades and discipline at work. If even your cannabis buddies are moving out of your circle, they are trying to tell you something.

6.  Greening out: Because THC affects blood sugar levels, the chronic use of cannabis may affect insulin sensitivity. Some users experience dizziness or lightheadedness because of a drop in their blood sugar.

It may explain the munchies. But, more serious events mean you should change your strain, stop using altogether, or seek medical care.

7.  Wasting time: If you are a cannabis smoker, you spend a lot of time on your habit. You must grow it, buy it, roll it, and use it. It would be interesting if you counted the minutes and hours you spend on cannabis.

The problem is it can become the psychological focus of your day. If you spend a disproportionate part of your day on any habit, you may approach dependent behaviors. If that time distracts from work, school, family, or other responsibilities, it’s a sign you need to wind back.

8.  Ramping up: As you use cannabis, your tolerance increases. But, if you are inclined toward dependent behavior, you will increase the dosage and frequency of use.

Increased usage and frequency multiply the time not spent on doing necessary things. It may also indicate a difficulty in cutting back. If they continue to defy physical and psychological warnings, if they defy the advice of social contacts and obvious threats, they edge towards CUD.

But, if the tolerance break leads to withdrawal symptoms like anger, depression, insomnia, nervousness, and restlessness, it’s a sign you have become dependent. If tolerance breaks lead to agitated cravings and central nervous system reactions, your cannabis use needs curtailing.

10.  Cotton-mouth: Cannabis users can expect dry mouth in the morning. But, chronic use can produce chronic cotton-mouth, increasingly difficult to satisfy with water or other drinks.

Cotton-mouth won’t kill you, but it may indicate you need to change strains or curtail your cannabis use.

You are consuming too much cannabis

Cannabis does not addict the way alcohol, opioids, and hard drugs do. But, there is evidence that chronic users risk Cannabis Use Disorder (CUD) especially if they are pre-disposed to addictive or dependent behaviors. So, users should observe their own habits and blend those pleasures with their social, legal, and familial obligations. If the signs are there, it may be time to curtail.