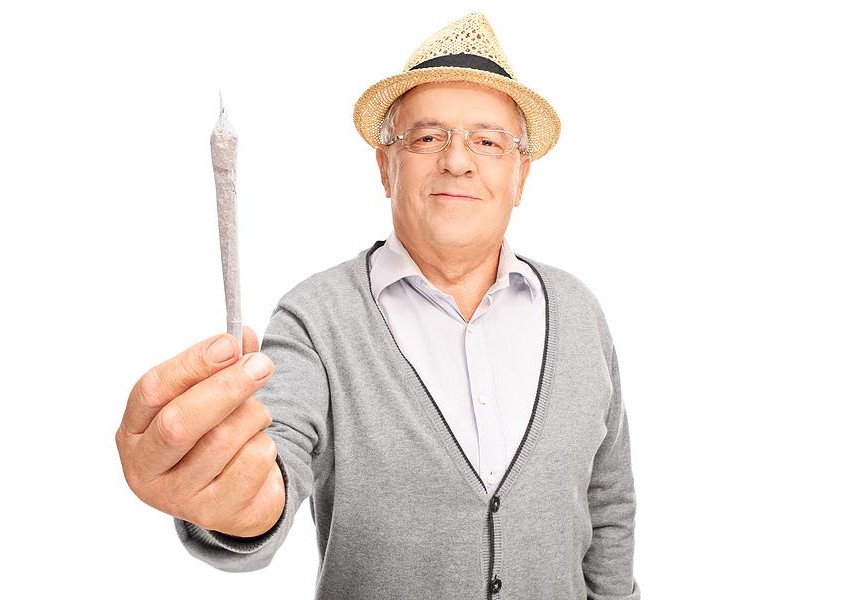 Who would have thought? Senior citizens are leading the changing the cultural change that has enabled and multiplied the number of medical marijuana dispensaries.

Perhaps, they are the baby boomers returning to their habits born of the 1960s and 1970s. Perhaps, they have become better educated about the quality and benefits of medical cannabis. In any case, senior citizens have defined a large and vibrant market.

The complete guide to medical cannabis for senior citizens

What is medical cannabis?

Medical cannabis comes in various s forms. But, they are all derivatives of the cannabis plant with a high content of CBD (cannabidiol). It has little or no presence of THC (∆9- tetrahydrocannabinol), the cannabinoid that creates mind-altering, psychoactive effects.

These are only two of approximately 100 chemicals that function as cannabinoids to map over to the human endocannabinoid system (ECS), a complex and extensive neurologic system with a presence throughout the human brain and body.

The Drug Enforcement Agency (FDA) lists cannabis as a Schedule I drug, “drugs with no currently accepted medical use and a high potential for abuse including.” Other drugs in Schedule 1 include “heroin, lysergic acid diethylamide (LSD), marijuana (cannabis), 3,4-methylenedioxymethamphetamine (ecstasy), methaqualone, and peyote.”

Moreover, the Federal Drug Administration does not approve medical cannabis because there have not been enough clinical trials on a wide enough scale to prove the plant’s medical benefits” (Aging.com).

Nonetheless, people have voted approval to grow, sell, and possess medical in 30 states and the District of Columbia. In a few states, the sale is narrowly limited to sales of CBD derivatives for treating recalcitrant pediatric epilepsy. Still, most of the states have approved fully operational medical cannabis dispensaries.

What good does it do?

•  Glaucoma is a common condition among aging people, the leading cause of blindness among senior citizens. Fluid builds up behind the eye with pressure enough to damage the optic nerve. Glaucoma victims have long sought therapy with marijuana.

The American Glaucoma Society reports, “It has been definitively demonstrated and widely appreciated that smoking marijuana lowers IOP [Interocular Pressure) in both normal individuals and in those with glaucoma, and therefore might be a treatment for glaucoma.” The American Academy of Ophthalmology says, “Studies conducted then showed that smoking marijuana lowered the IOP of people with glaucoma. Both warn that the beneficial effects only last a few hours, but as cannabis derivatives like edibles and candies multiple, glaucoma patients have ways to treat glaucoma with some regularity and discretion.

•  Chronic pain afflicts seniors and increases with aging. Arthritis and other autoimmune conditions cause pain in joints, spine, and throughout the body. They treat them with over-the-counter pills, rubs, and lotions. They treat pain with prescribed medications including opioids. And, they seek relief with chiropractic care, massage, and acupuncture.

Medical marijuana, however, has proven and acknowledged anti-inflammatory properties. Whether smoked, eaten, or applied as a transdermal treatment, medical cannabis connects with the ECS to relieve intense and chronic pain — without fear of addiction.

•  Alzheimer’s Disease has some connection with plaque building among the brain’s cells. This oversimplifies this little-understood condition. But, brain scans and autopsies show this buildup among victims. Research seeks to identify the origin and mechanism of brain’s function when clouded with this plaque.

The Pharmaceutical Journal reports, “The resulting damage can be divided into three categories: the formation of amyloid plaques, the generation of neurofibrillary tangles, and cell death, which is consistent with the amyloid cascade hypothesis.” The lack of research occasioned by DEA controls has kept science from making a definitive connection between cannabis and Alzheimer’s disease and similar degenerative conditions. Still, the limited research has shown positive effects of cannabis on the reduction of amyloid plaque, repair of neuro-tangles, and reduction of cell death. It’s too early to confirm, but many patients claim they benefit from cannabis’ neurodegenerative properties.

•  Cancer is a growing fear among senior citizens as they observe their friends and family fell victim. But, medical cannabis offers two benefits. First, cannabis has a demonstrated anti-emetic benefit to reduce the nausea and vomiting attached to chemotherapy. Even the FDA has approved use of Marinol and Cesamet for fighting nausea.

Second, recent research shows encouraging results suggesting that cannabinoids reduce the size of some cancer tumors and reduce their ability to metastasize. Scientific American reports, “We’re not there yet, but while the available data are limited, research that has been conducted around antitumor effects of cannabinoids so far shows great promise. The International Journal of Oncology published a study last year [2017], for example, indicating that cannabinoids successfully kill cancer cells, and the benefits increase when combined with chemotherapy. An early preclinical study we recently conducted also found that cancer cells derived from patient blood samples were differentially sensitive to the two main active compounds in cannabis—tetrahydrocannabinol (THC) and tetrahydrocannabinolic acid (THCA).” The FDA is warning not to read too much into these claims at this time, but the scientific community is pursuing their interest, especially in the arena of treating breast cancer.

Few seniors become potheads in their final years, but many use cannabis among friends in retirement and senior living centers. It contributes to their shuffleboard and card games, but more importantly, it provides rest and relief.