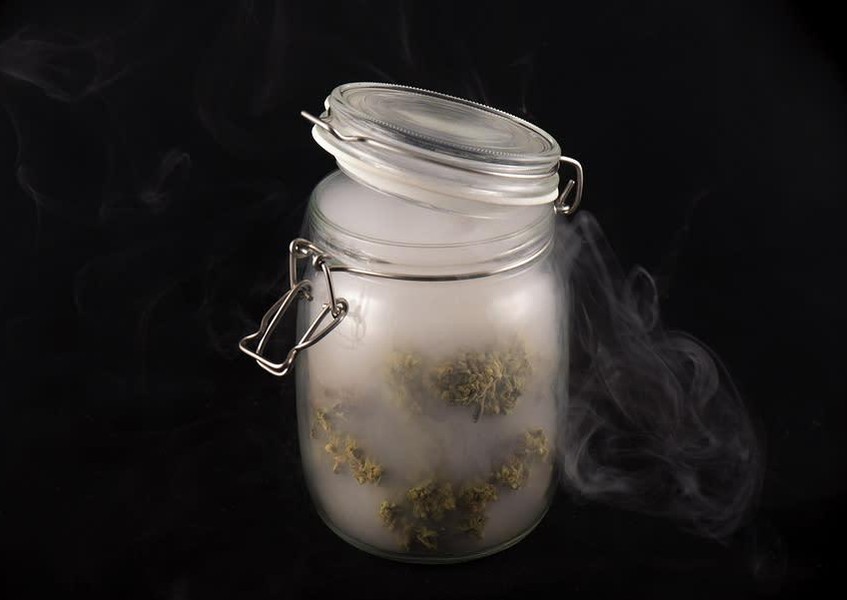 You can pick a cannabis strain with a sweet or fruity aroma. But, that won’t hide the smell of your ganga smoke.

Cannabis smokers have tried forever to fool their parents and dorm assistants. But, cannabis will find its way into the air and fabric of your hideaway.

Smoke is made of debris that disburses to contaminate the air and everything nearby. So, you’ll want to do your best to minimize smoke and its effects

You are pretty much fooling yourself if you think you can totally eliminate cannabis odors. (This also goes for tobacco smoking.) With regular use, cannabis smoke odors will embed fabrics, wallpapers, furniture, and carpets. And, if you are using cannabis enough that you just notice the smell, it probably doesn’t matter to you. Still, you might find these easy methods to follow:

1. Sploof — Many smokers prepare and use a sploof or sploofy. Easy as one is to make, it seems to be a simple overreach. It’s a sort of homemade muffler for your smoke.

Then, after you inhale your smoke you exhale through the filtering tube. The idea has been around a while and has many variations, but the whole idea is neither convenient, adult, or truly effective. You might have better luck purchasing a ready-made sploof unit from SmokeBuddy.

2. Odor Eliminators — Readily available sprays like Febreze, Glade, and Lysol really don’t do the trick. They just mix their smells with the cannabis aroma, and sometimes the combination of scents is annoying.

However, many users recommend Ozium® made with triethylene glycol and propylene glycol to kill bacteria and smoke odors. Ozium® is very strong and may damage skin and fabrics.

Neutron No Smoke Odor Eliminator works on odors at their source even after fire damage. It claims to work on fabrics, carpets, and upholstery to break up odor-causing molecules.

And, a new 420 Odor Eliminator is marketed as a dry aerosol with a clean linen scent that leaves no residue on fabrics or surfaces.

3. Scented Covers — Smokers have spent money on scented covers forever, but they really only present an olfactory distraction rather than eliminate odors.

Scented candles, for example, add a nice visual touch at home, especially in the event of a social gathering. But, if you go that route, choose a candle scent that complements your cannabis strain. You don’t want too many odors mingling, but you might select an apple-scented candle to blend with a woody aroma. Beamer markets a candle claiming the scent kills cannabis odors.

Incense is designed for its aromatic smoke, so it offers an accent for your cannabis smoke. Incense can be a dead giveaway to non-smokers because it has been used for centuries to disguise smells. But, it has also long played a role in spiritual rituals which can suit many smoking occasions like meditation or smoking circles.

Perfumes and colognes are probably a poor choice. Applied to skin and clothes, they may fool you into thinking you have solved the problem of odor on your skin and in your hair, but they only turn off others. You would do better to wash your hands and face thoroughly.

Plug-in air fresheners are convenient, easily purchased, and low-cost. They are unobtrusive, subtle, and work throughout the day and night. They may not kill odors directly, but they will reduce the smell over time.

4. Open Windows — Smoking cannabis begs you to invite clean air. You should always open windows before, during, and after smoking — weather permitting. Few things dispel odors the way fresh air does. Using fans to direct smoke toward an open window beats air conditioning. Or, you might invest in a whole room air purifier that some in various sizes and with different features to capture odors, allergens, and air-borne bacteria.

Where- and whenever possible, you should smoke outdoors. You will enjoy a social smoking circle much more in the evening around an outdoor fire where the night will accept the smoke. And, whatever you can do to bring the outdoors in might help. For example, there are plants and foliage, like eucalyptus or evergreens, that counter or absorb odors.

5. Stop Smoking — There are options to smoking cannabis joints. There are edibles and oils, of course, but if you switch to vaping, you can reduce or eliminate much of the problem. You can vape indoors or outdoors without annoying smoke odors.

The volume of the “smoke” from vaping may give you away, but that depends on the e-liquid and the vaper you use. Many e-liquids contain no nicotine, and they have been helpful to those wanting to wean off cigarettes. They satisfy the oral fixation involved in smoking, but they still produce a large cloud of vapor that can be pleasantly aromatic.

Pipes and bongs offer another option because you can manage the smoke and aroma volume. It is important, for lots of reasons, to keep your pipes and bongs clean, so they do not add even more pollutants to the smoke.

You should want to eliminate cannabis odors for several reasons:

But, if you smoke heavily and have little concern for the odor, you may be smoking too much too frequently. If smoking cannabis has isolated you because others are offended by the odor, you may have a stoner problem that’s affecting other parts of your life.