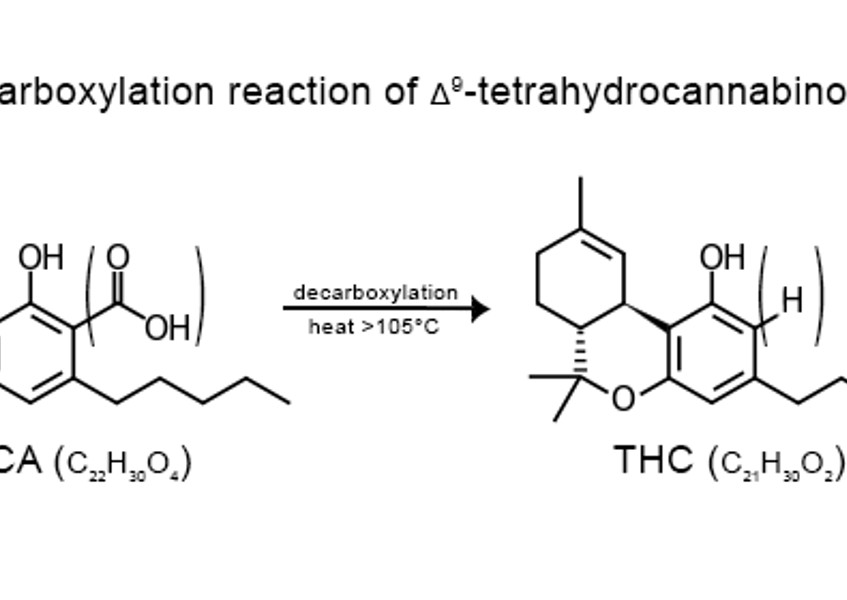 When cannabis is planted the seed will start to grow and produce flowers. These flowers are the buds. Until the point where the plant is harvested and begins the process of being dried decarboxylation has not taken place. Once the cannabis has been harvested and cured or dried properly the first phase of decarboxylating has happened. Decarboxylating is the process of removing the acid from the cannabinoids found in cannabis.

For example when a plant is growing it contains THCA. Eating raw cannabis will not catch you a buzz. It must first be decarboxylated whether dried or cooked in order to activate the THC. This is done because during the drying process THCA turns into THC through the process of the removal of the acid from the tetrahydrocannabinol compound. Now people are talking about devices and ways in which you can decarboxylate your dried cannabis and make it more potent

However, some of these processes are just misinterpreted attempts at decarboxylating your marijuana. Some would say to take your cannabis and place it in an oven at 240 degrees for roughly 50 minutes. This will not allow your cannabis to burn up but will in an essence activate the THC compound or remove the acid that is left behind and make it stronger. Unfortunately, without the proper containment and measurements, many individuals end up losing potency instead of making their cannabis better.

Devices on the market today allow you to decarboxylate small amounts of cannabis for your personal consumption. Whether you are making edibles, topicals, or you are an old-school smoker those who decarboxylate their cannabis using these new machines say that they have been smoking wrong for so many years.