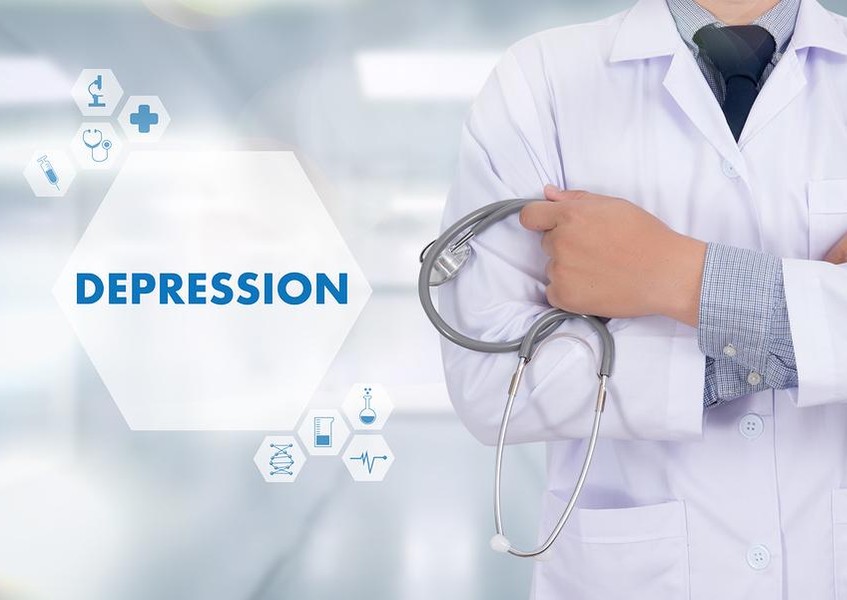 This is no subject for teenagers. Regular cannabis use can affect developing brains more acutely than adult ones. There is a strong correlation between teen use and later development of cannabis use disorder. Isaac Rhew, Ph.D., of the University of Washington School of Medicine finds, “if we can prevent or reduce chronic depression during early adolescence, we may reduce the prevalence of cannabis-use disorder." But, studies have not investigated whether early cannabis use leads to depression.

Nonetheless, depression has proven a silent killer. And, if cannabis might prove an effective treatment, you must know what you can about its role.

9 things you need to know about cannabis and depression:

Depression can kill. The AAFP (American Association of Family Practitioners) reported on National Institute of Health, “more than 8 percent of adults older than 20 reported having depression during a given two-week period. Of that total, the prevalence of depression among women was almost double that seen in men.”

We’re not talking downtime here or the occasional battle with the blues. Depression is a deep and overwhelming feeling of sadness for a prolonged period. It reduces your joy and interest in activities, loss of weight and energy, inability to sleep or work, and suicide.

Pharmaceutical manufacturers make fortunes off such needs, but many patients are seeking relief of symptoms in cannabis use:

1. Cannabis has been used to treat improve mood and treat depression for centuries. The cannabinoids in cannabis match and bind to neural receptors in the human endocannabinoid system (ECS) with numerous benefits for brain and body. And, when people suffer from stress, anxiety, and depression, it is a sign that your endocannabinoids are lacking or out of whack. Cannabinoids can modulate and harmonize such disconnects.
2. THC, CBD, and other cannabinoids have direct and indirect effects.

a. THCA (Δ9-tetrahydrocannabinolic acid) produces psychoactive effects that can be mild to extreme depending on the user and the strain. Properly dosed, it will stabilize and restore the behavior of the central nervous system (CNS).
b. CBDA (Cannabidiolic acid) and its related cannabinoids do not bind to the brain’s receptors. They act indirectly by restoring other systems including hormone flow.

3. Cannabis has anti-ankylotic, anti-inflammatory, and anti-emetic properties all of which restore the appetite lost to depression. It has been used with success to reduce weight loss and cachexia (wasting disease). In fact, with careful cannabis strain selection, you might improve or reduce your appetite. It may be what the legendary munchies are all about.
4. Cannabis breeders devote hours and years to breeding cannabis strains that target key wellness triggers. Their devotion is driven by their legitimate concern for helping patients reduce or manage their depression symptoms. But, they are also driven by the potential profits from medical treatments for common diseases. The breeders work intensively with the potential in Indicas and Sativas and in their hybrid possibilities to cultivate product focused on cannabis or finely tuned to specific symptoms.
5. Cannabis is far more affordable and safer than pharmaceutical or psychiatric treatments for depression. Cannabis does not offer the risk of abuse, overdose, or addiction. NPR.org “found that states that legalized medical marijuana — which is sometimes recommended for symptoms like chronic pain, anxiety or depression — saw declines in the number of Medicare prescriptions for drugs used to treat those conditions and a dip in spending by Medicare Part D, which covers the cost on prescription medications.”
6. The Institute for the Study of Labor (IZA) found, “we find evidence that MMLs [states that approved Medical Marijuana Legalization] are associated with decreased suicides among 20- through 29-year-old males and among 30- through 39-year-old males.” The report reiterates, “Our results suggest that the passage of a medical marijuana law is associated with an almost 5 percent reduction in the total suicide rate.”
7. Cannabis also improves depression-related symptoms. Insomnia, for example, is a leading sign of depression. Indica strains or Indica-dominant cannabis strains are known for their sedating benefits. That sedation can be numbing and reductive, but it can mildly help you focus on work or offer a full night’s rest.
8. For many who suffer from depression, cannabis dosing matters. It should not be casual or careless. Medical cannabis patients should purchase with informed decisions and used as directed. Euphoria and paranoia, hallucinations and panic are not solutions for depression. Likewise, finding escape in full couch-lock sedation does not reduce fears and concerns with any finality. So, microdosing with well-chosen strains may be the favored option.
9. Cannabis users are less likely to feel depressed. One study in Addictive Behaviors concluded research on 4,400 participants, “those who used once per week or less had less depressed mood, more positive affect, and fewer somatic complaints than non-users. Daily users reported less depressed mood and more positive affect than non-users.”

One more thing about cannabis and depression

Forbes reported on the results of a survey run by Strainprint, an app that lets cannabis users report on their frequency and degree of their depressive periods. “The results in the latest study suggest that most users experienced positive effects, at least initially. The majority reported a before-and-after decrease in symptom severity for depression, stress and anxiety and not much worsening of symptoms in the short term. A small percentage reported experiencing no change in symptoms.”

Forbes goes on to discuss the inadequacy of the “study.” Self-identifying surveys are notoriously unsound. The definitions of terms are unclear and ill-measured. Forbes concerns are significant enough to wonder why they published the article.

Still. Pending needed long-term and well-run research studies into the correlation between cannabis and depression, the anecdotal evidence will stand and encourage continued research into the medical values in CBD therapies.