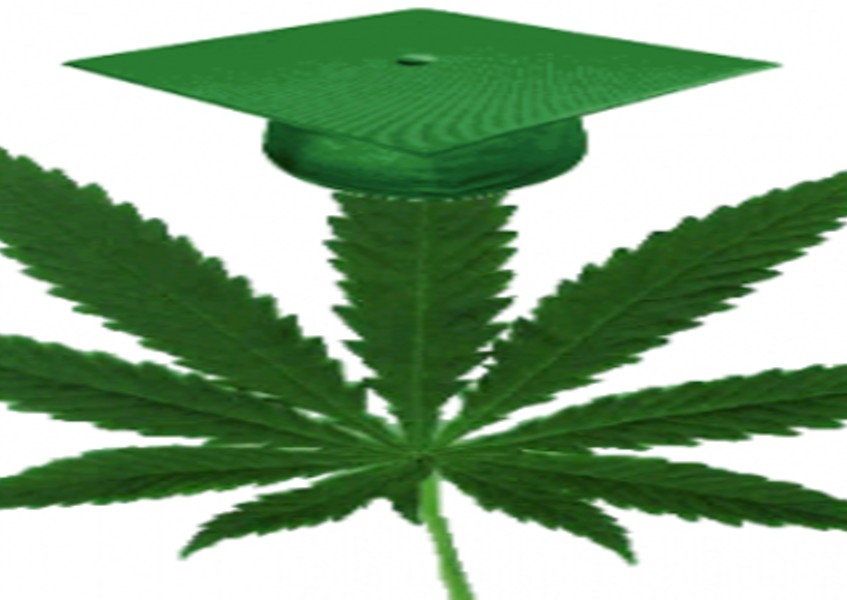 Ongoing research by the University of Michigan’s (UM) 2014 Monitoring the Future Study shows that marijuana use on college campuses has surpassed cigarette smoking for the first time. But any form of campus use remains illegal---despite states’ passing legislation that allows medical and recreational marijuana use.

The Drug Free Schools and Communities Act (DFSCA)  of 1989 requires that campuses follow federal guidelines, which means that marijuana possession and use remain illegal on campuses, and failure to comply can result in a loss of institutional federal funding.

Additionally, marijuana remains illegal per National College Athletic Association (NCAA) policies. While student athletes’ marijuana use overall is lower than the average college population, a 2014 NCAA study found that 22 percent claimed to have used marijuana in the past year.  Reported use was lower among Division I athletes, with 16 percent of all Division I athletes and 17.4 percent of Division I football players admitted to using marijuana in a 12-month period.

Despite DFSCA, the NCAA last year reduced the penalty for a positive marijuana test from a full season suspension to half a season, citing the reason that marijuana is not “performance-enhancing in nature,” and noting that “this change will encourage schools to provide student-athletes the necessary rehabilitation."

The DFSCA ban is especially ironic in the wake of a Colorado marijuana excise tax expected to raise $3.5 million for college scholarships.  Pueblo County voters approved the tax last week, making the funds available for local high school seniors who attend one of two public colleges in the county.

Overall, UM the study shows that campus marijuana use has been growing slowly-but-steadily since 2006 – with about one third of students now reporting some annual use.

Last year, daily or near-daily marijuana use was reported by 5.9 percent of college students – the highest rate since 1980 – up from 3.5 percent in 2007.  According to the study, one in 17 college students is smoking marijuana on 20 or more occasions in the prior 30 days.

"It's clear that for the past seven or eight years there has been an increase in marijuana use among the nation's college students," said Lloyd Johnston, the principal investigator of the study. "And this largely parallels an increase we have been seeing among high school seniors."

Conversely, Cigarette smoking continued to decline in 2014 among the nation's college students, with a one percent decrease to 13 percent, compared to a high of 31 percent in 1999. Five percent reported daily smoking in 2014, compared to 19 percent in 1999, a drop of nearly 75 percent

"These declines in smoking at college are largely the result of fewer of these students smoking when they were still in high school," Johnston said. "Nevertheless, it is particularly good news that their smoking rates have fallen so substantially."

Monitoring the Future is an annual study that has surveying U.S. college students' substance use for 35 years. The study began in 1980 and is conducted by the University of Michigan’s Institute for Social Research with ongoing funding from the National Institute on Drug Abuse, one of the National Institutes of Health.