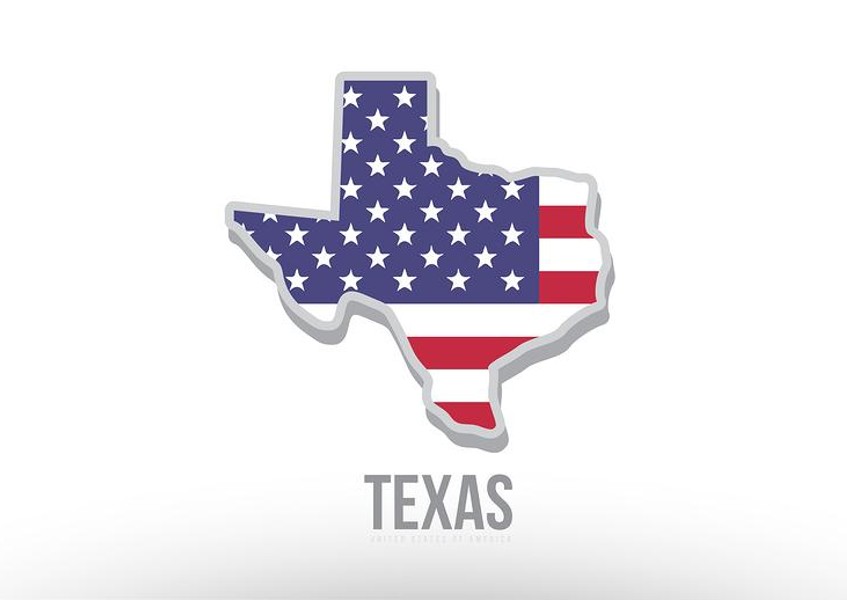 An unincorporated area of Travis County, Manchaca has been a sleepy railroad town south of Austin, Texas. It falls on either side of Manchaca Road that runs north and south, parallel to the railroad tracks and US-35. And, in the Texas way Manchaca is pronounced “Manchack.”

Dominated by a large Methodist church and even larger Baptist one, Manchaca is now home to an indoor cannabis farm and processing facility, the first permitted in the State of Texas. It’s presence down a rural lane behind those churches speaks to the pros and cons of the Texas Compassionate Use Act.

Fresh, cooling, water springs attracted Native Americans, trade, and visitors along the Chisholm Trail. The arrival of the railroad in the 1870s helped grow the very small population of 36 with a depot for cotton, cattle, and local goods.

There were 300 residents in the 1930s supporting three segregated elementary schools. The population dipped to 36 in the 1976 census, but now it exceeds 2,500 thanks to housing and apartment complexes.

There are clusters of restaurants, from sushi to Mexican food. And, there is an increasing number of storage facilities and gated business strip malls. Among them are garages, R.V. storage, and the state’s first operating cannabis farm and dispensary, Compassionate Cultivation.

All about Compassionate Cultivation

Cullen Field-Vujosevic, who suffers from intractable epilepsy, is a top choice for General Manager. He told the Hays Free Press that “He has been working to bring medical cannabis to Texas for eight years.

He foresees the return of Texans who had become “medical refugees” moving out of Texas to seek cannabis care. He sees value in the interaction with parents required by the DPS regulations. And, he takes pride in the dispensary’s process in tracking seed-to-sale.

He is concerned that access remains difficult for patients in distant rural areas. They lack the access to registered neurologists and convenient dispensaries. And, he has concerns that THC-CBD oils are not available for patients with related conditions like Lennox-Gastaut Syndrome.

Stephen Paul, writing for Houston Press, warned, “Texas has a new medical marijuana law, but it may well serve no patients.”

Texas has made only small steps towards permitting reasonable access to medical cannabis. But, the steps are real, nonetheless.

It’s worth studying the law and imagining its future in the complex Texas political context. Governor Greg Abbot is a committed old-school conservative Republican, as opposed to a Tea-Party convert. He is wheelchair-bound as the result of a spinal injury. A graduate of Vanderbilt Law, he was felled by a falling tree while jogging in 1984.

Whether Gov. Abbott still experiences pain is not clear, but he also incurred serious burns on his insensitive legs and feet from an accident in 2016.

Lt. Gov. Dan Patrick is radically more conservative. Patrick will inevitably succeed Abbott following Abbott’s second term. And, while he has not said much about his position on medical cannabis, he has reacted sharply to the statement of intent by the Harris County (Houston) District Attorney Ogg to drop prosecution of possession of fewer than four ounces in favor of a mandatory drug education program.

Patrick dismissed the idea as creating a sanctuary city. He holds that law enforcement has no discretion to choose the laws to enforce and those to ignore. Republicans in the Texas legislature echo his position.

So, the only hope for bigger steps toward cannabis decriminalization lies in the work of advocates who must continue to chip away at this entrenched position over the next 20 years.

So, what do you have in Texas? Considering the opposition, culture, and politics of Texas, the passage of the Compassionate Care Act was a real accomplishment.

The 2015 Texas Legislature approved Senate Bill 339, The Texas Compassionate Use Act. It assigned the TX Department of Public Safety to design and install a secure registry of physicians who specialize in treating epilepsy.

These listed doctors may prescribe low-THC cannabis for patients with diagnosed intractable epilepsy. You will notice that these registered doctors “prescribe” whereas all other states only permit “recommendation.”

In the years since, DPS has also licensed the “at least three dispensing organizations” specified in the bill.

The DPS says, “A decision to increase the number will be made if and when it is determined that more licenses are required in order to ensure reasonable statewide access.” But, you should notice that the locations of the three operating licensees hardly serve the state’s large acreage.

It remains illegal to smoke or grow your own medical cannabis.

Limitations of the Texas Compassionate Use Act

Doctors may only prescribe low-THC cannabis if, according to the DPS:

The Epilepsy Foundation describes “true intractable epilepsy” as “a bar across the front door.” It means that standard pharmaceutical therapies do not manage the seizures. Either the medications do not work, or they do not work without serious side effects.

The results of the Texas legislation are not fully known. Testimonials by patients and parents praise their treatment at the dispensaries opened so far.

The currently permitted dispensaries favor the Austin area despite the legislation’s intent to make the product accessible to populations dense with qualified patients. (Surterra Wellness does have branches in other cities, but their expansion plans are not yet defined.) The DPS allows delivery by the three dispensaries, but it has yet to propose acceptable delivery methods.

The patients and parents/caregivers for patients under 18 have the burden of seeking opinions from two neurologists.  And, the physicians must confirm the failure of previous therapies with known pharmaceuticals.

The passage and implementation of the Compassionate Use Act suggest some slight realignment of Texas’ conservative centrists. Soon, Texas may feel pressure to claim its share of taxes, especially if bordering states make moves toward decriminalization.

But, the Texas Legislature only meets every two years, and the Abbott-Patrick succession is assured. So, the only chance for advancement towards decriminalization lies in incremental expansions of the eligible diagnosed conditions.