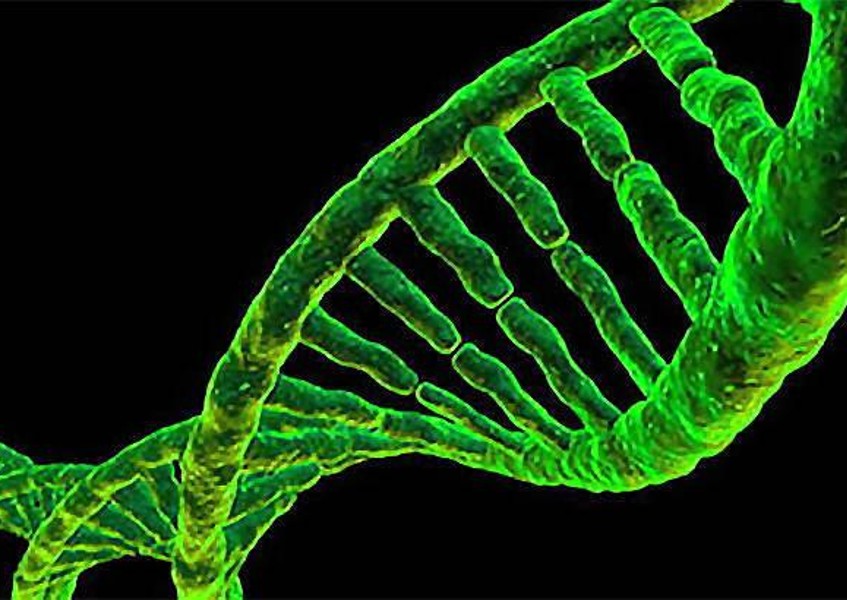 How often do you come across a cannabis strain that completely blows you away? The color, taste, smell, and feel of a strain make you want to try it again. What’s so different about it? You’ll find the answer in the genetics, environment, and evolution of cannabis strains.

A cannabis plant's final form is determined by its genetic structure and the environment in which it has grown defines. A plant with similar genetic makeup, cultivated in a different environment, will draw a different trait from the plant's genetic code producing a unique color, shape, smell, and resin production.

Cannabis strains over the centuries

The earliest species of the cannabis plants originated somewhere in the mountains of Hindu Kush region of Pakistan as well as some tropical countries along the equator. These early species, commonly called “Landraces,” grew on their own in the wild, adapting and changing over thousands of years. Cannabis Indica grew between 0° to 30° latitude, and Cannabis Sativa grew in 30° to 50° degrees in radically diverse habitats resulting in a colorful array of unique varieties.

Professional farming developed interests in soils, lighting, temperature, extraction, cross-pollination, cloning, and more. Such experiments led to the creation of hybrids, mixing the genetics of Indica and Sativa or of strains within one genetic family or the other.

Each of these cannabis strains has its special properties. When bred as hybrids, the creators manipulate the properties to the desired result.

Sativa grow tall with long branches and narrow-blade leaves which makes it tough to raise indoors. Sativa takes as much as six months to flower, and that slow growth produces a larger yield with lower THC than Indica.

Cannabis Sativa strains hit the brain quickly with an energetic, stimulating, and uplifting buzz. Believed to improve creativity, Sativa has attracted artists, musicians, and writers. At the very least, it will improve your experience with art, movies, and music.

·   Cannabis Indica traces back to the Hindu Kush mountains. It is still farmed in Afghanistan and Pakistan and surrounding regions. And, it spread across Asia to the Mid-East and Europe with the spice trade.

The short fat Indica plant has wide-bladed leaves. The shorter height means an eight to twelve-week growth before flowering, smaller yields, and higher THC potency. But, its denser CBD count leaves users with the body stone.

It treats many of the same medical conditions as the Sativa, but it is well known for its anti-spasmatic properties treating epilepsy, involuntary muscle contractions, and chronic pain from autoimmune disorders.

·   Cannabis Ruderalis is a survivor. It has grown wild in harsh natural and negative man-made environments. Ruderalis is self-flowering and found in many areas where Indica has dominated.

Cannabis breeders have been using its genetics to capitalize on its properties. Growing to one or 2.5 feet, Ruderalis has thick, fiber-dense stems. Flowers appear automatically in 21 to 30 days regardless of the light cycle. So, the Ruderalis is predictable ready to harvest in 70 to 110 days from seed.

Naturally low in THC, Ruderalis is bred as a hybrid with Sativa or Indica to introduce the self-flowering genetics.

In addition to the differences in botany and cultivation, cannabis strains are differentiated by their effects. Cannabis contains hundreds of cannabinoids and terpenes. Cannabinoids map over to the human Endocannabinoid System (ECS) to produce the mind and body effects that are sought for recreational and medicinal benefits.

However, those ratios vary greatly from strain to strain to produce extreme paranoia at one end of the spectrum to total couch lock at the other. 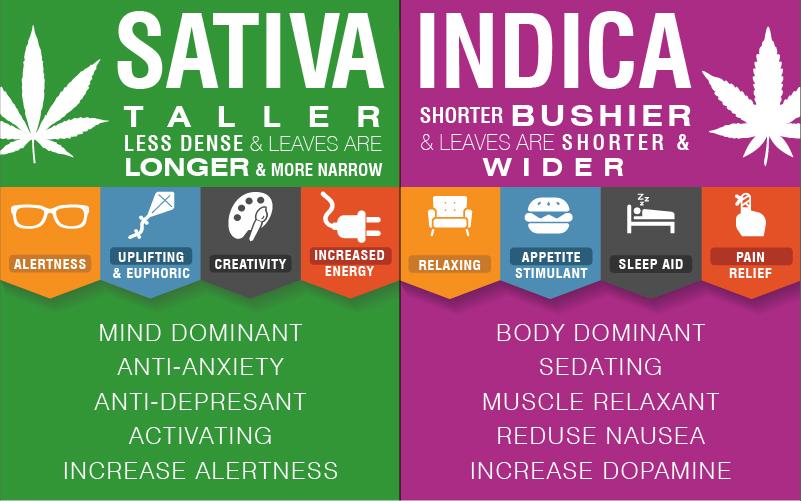 So, hybrid plants seek to mix and blend benefits of the parent plants to produce desired and marketable effects. Most hybrids emphasize the Sativa and Indica genetics over the Ruderalis because they produce the taste, aroma, and flavors customers prefer.

There are already hundreds of cross-bred strains on the market, and the potential for genetic mixing and matching is enormous. Plant genetics is complicated and a science all to its own. And, the more science knows about DNA, the easier the breeding becomes blending the properties from one seed with those of another.

The lab then observes and tests the outcomes for several generations of strain development before offering them for human trials on flavor, aroma, taste, and brain/body effects.

Much of the science means little or nothing to cannabis users. Most focus on their desired recreational or medicinal needs.

But, where you can find product correctly labeled, you can make choices easier and surer with an understanding of the properties and potential effects of the strains you are shopping. With information like this, you can avoid or manage the negative effects, treat your medical symptoms more effectively, and enjoy your cannabis experience more fully.